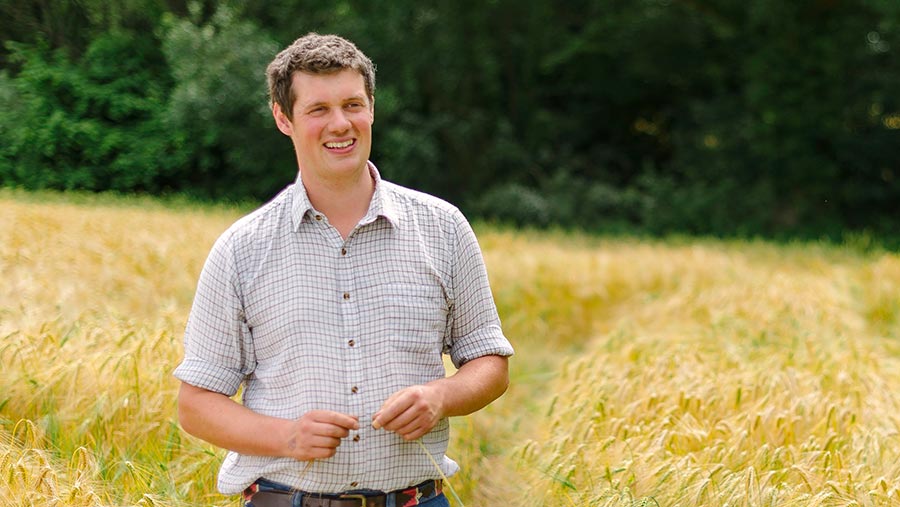 Well, that’s another month gone. April done and dusted in the flashiest of flashes.

Just when I was thinking that nothing stood a chance of growing in the desert-like conditions, we were rewarded with a perfectly timed 8mm of rain and, at the time of writing, are having consistent, steady showers. Marvellous.

Unbelievable to think that just a few weeks ago I feared I’d be permanently swapping sunglasses for swimming goggles – and that webbed feet might even come in handy – as we experienced daily downpours.

I did wonder initially whether farmers might escape the worse impacts of the Covid-19 crisis.

I was hoping food-buying habits might stay relatively unchanged because everyone still had to eat, the weather was good and some people potentially had more time to fill.

But no, instead everyone went on a mincemeat (and loo roll) buying spree.

As a result, the processors found it tough to shift prime cuts, which resulted in the beef market crashing.

But, it’s not entirely bad news. I sense the slightest bit of thanks for British farmers, who are working day and night, growing and rearing food.

For the first time ever, I can feel just a bit of gratitude and there are opinion polls showing farming is now considered key to Britain’s future.

One supermarket, Morrisons, is offering a discount to its farmer-suppliers when they buy their own groceries there (such a simple idea, but top marks to them).

There seems to be a lot more emphasis on where food comes from, too.

Prince Charles summed it up perfectly in an article he recently wrote for Country Life (thanks to my parents for lending me a copy).

He said: “Food does not happen by magic. If the past few weeks have proved anything, it is that we cannot take it for granted.”

His Royal Highness has never been so right and it’s a message that needs to be broadcasted far and wide.

Meanwhile, the AHDB has had its big review and it appears levypayers are wanting change.

Marketing has got to be number one on the agenda. What a great springboard they now have to get British produce front and centre.

Perhaps they should incorporate Prince Charles’s words. Food does not happen by magic. It never has and it never will.