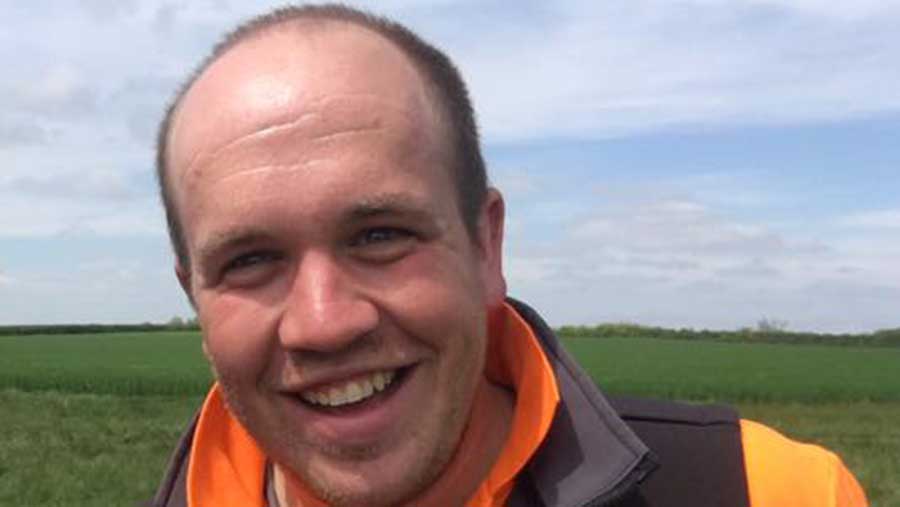 Tributes have been pouring in for a Suffolk young farmer who collapsed and died while playing rugby.

Josh Gilbert, 25, was playing prop forward for Thurston Rangers away at Hadleigh on Saturday (16 September) when he fell to the ground.

Matt Ansell, chairman of Thurston Rangers, said attempts by other players who were trained in first aid to revive Mr Gilbert were unsuccessful.

Mr Gilbert, who was president of Suffolk Young Farmers Club last year and also played cricket, was known as “Bear” to his friends.

In a statement, Thurston Rangers Rugby Club, said: “On Saturday the club lost one of its own in tragic and untimely circumstances.

“Josh Gilbert was an enormous character, liked and respected by all he met. A stalwart of Thurston’s playing and social activities, Josh will be deeply missed by all Rangers.

“We thank the rugby community who have already expressed their condolences and support, especially all at Hadleigh Rugby Club who comforted and supported the players in such difficult circumstances.

“The thoughts of everyone at Thurston go out to all of Josh’s family and friends. Rest in peace, Bear.”

Beth Duchesne, of Suffolk YFC, posted on Facebook that she was “absolutely heartbroken” by Mr Gilbert’s death.

Paying tribute, she said: “Josh was a true young farmer; he was one of the most reliable, caring, and honestly one of the nicest people I have ever met. He would do anything for anyone.”

She added: “Josh has left a huge hole in all of our hearts, and all our thoughts are with his family at the difficult time. Sleep tight big man #BearHasGoneWild.”

Ed Ford, Essex farmer and chairman of The National Federation of Young Farmers’ Clubs, said he was “gutted and heartbroken”.

He added: “Put simply, he was a young farmer through and through. He was loving, caring, great fun, always willing to listen and a heart of gold.

“He was a huge part of Bury Young Farmers, as well as Suffolk YFC, and made an impact on all that knew him.

“I would like to extend my heartfelt condolences to his family. I ask all that knew him to come together to remember him for what he was – a true legend. Rest in peace Bear!”