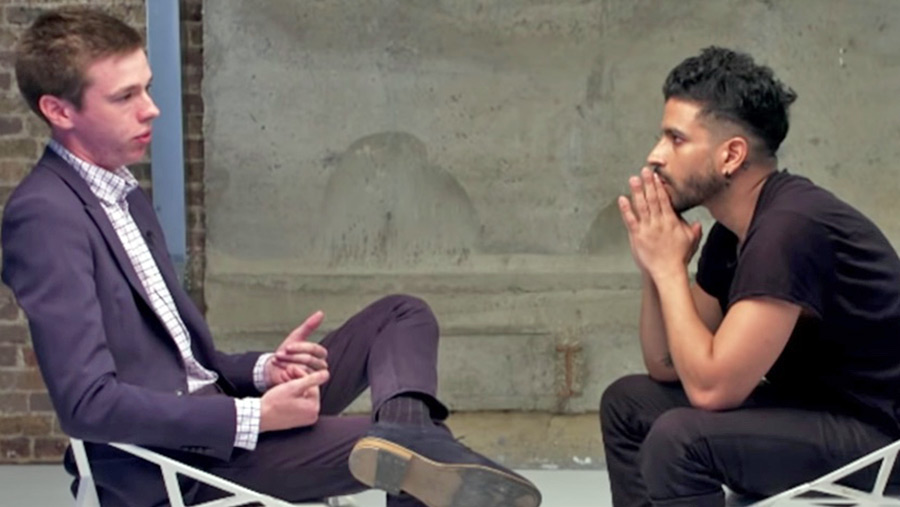 Young farmer Josh Dowbiggin has delivered a masterclass in how to deal with extreme vegan rhetoric in a BBC3 short video.

The Farmers Weekly Awards reigning Ag Student of the Year was invited to play a game where he exchanged views on British farming, animal welfare and sustainable food production with a hardcore vegan called Nik.

In the short video, titled “Farmer vs vegan: Don’t turn around”, a very het-up Nik claims he is offended by pints of milk and physically cannot look at cheese because it sends shudders down his spine.

Enter 22-year-old Josh, a young farmer who runs a flock of Easy Care ewes alongside his business importing and exporting Hereford and Angus semen and embryos across the globe.

Josh explains that he’s proud to play a part in feeding the country as Nik tries to prevent himself from launching into a full-on rant.

“British farmers have some of the highest standards of animal welfare, traceability and environmental protection than any other farmers anywhere in the world,” he calmly explains to the agitated vegan.

Watch the video below to find out if Josh keeps his cool when he comes face to face with a staunch vegan.