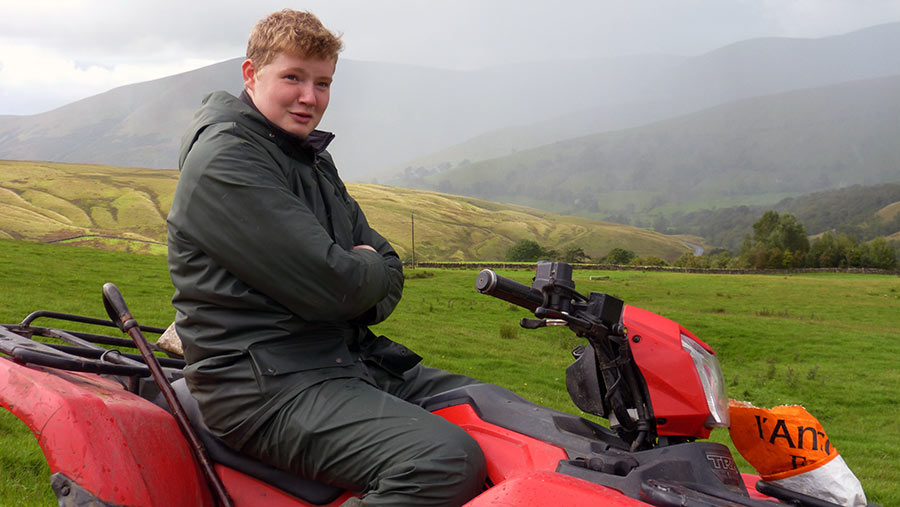 Most hill farmers are used to working with just a dog and a stick, but internet sensation Sam Hutchinson is rarely without his camera when out on the fells.

At the tender age of just 15, Sam – otherwise known as “The Swaley Man” – has built a following of more than 4,000 YouTube subscribers to his channel.

Sam’s videos depict rural life and are mostly shot around his grandad’s hill farm on the edge of the Howgill Fells at Uldale House near Kirkby Stephen in Cumbria.

Sam documents the work he does alongside his family through the farming calendar, working with a flock of 680 Swaledale sheep and a small Blonde d’Aquitaine suckler herd.

Watch the interview with Sam Hutchinson and read the full report below.

An ability to communicate and an open mind to the media runs in the family, explains Sam.

His dad Wayne is one of the country’s leading livestock photographers and is well known on the show and sale circuit for his photos and report writing.

“I was intrigued by the filming process and the fact that sheep farming was so interesting to townies – it really sparked something,” says Sam.

Starting out with an iPhone Touch, Sam posted videos as “The Lego Farmer” four years ago. He then opted for a single lens reflex Nikon camera and went through a rebranding phase.

“I’ve been serious about my videos for about two years,” he says. “I recently called myself The Swaley Man.”

Support from school friends in the early days saw Sam leap from 50 YouTube subscribers to over 100 overnight and since then he has seen his fan base grow 40-fold.

More recently, Sam has bought a drone with his dad and has become well versed in video editing using a Sony Vegas programme.

Some of his most-watched work is filmed at events after expert tip-offs, like when he was advised to record the sale of a Valley Farm tup at Kirkby Stephen last year.

“I was told it was a well-fancied tup and I thought I’d best film it in the ring – it made £90,000,” explains Sam. “I got 400 subscribers that month and my Facebook followers doubled in three days.”

Sam’s flock: Stars of the show

Towns are getting bigger and urban communities are more detached from farming and food production, which is a big driver for Sam’s video-making.

He sees his clips as important tools to help spread information about British agriculture as well as a way to build up his own profile in the industry. 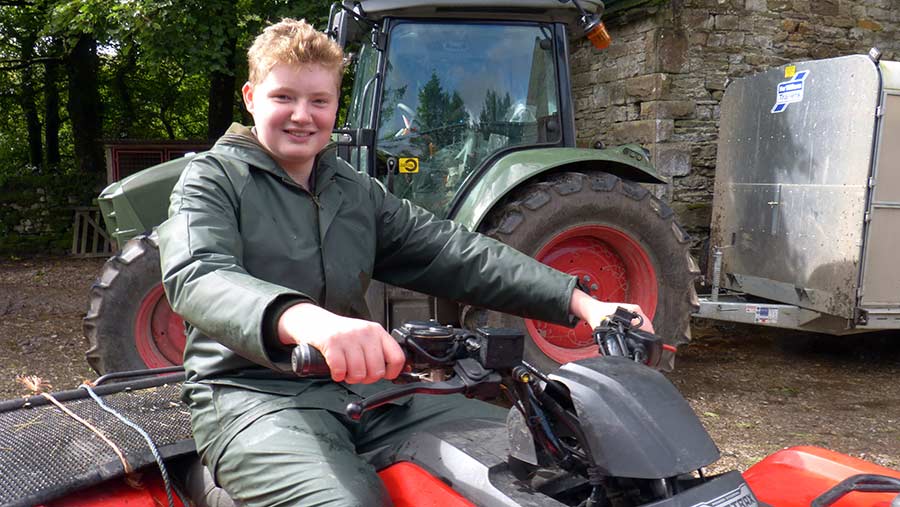 “We have been sent freebies and even been invited to look around the Marshall Trailers factory near Aberdeen,” says Sam.

“Marshall is a family business and they were very kind to us, sending us a free spare part when our muck spreader broke – I ended up doing a video about the trip.”

Looking ahead, Sam is working hard on his GCSEs, including a drama and media course, with hopes of studying agriculture at Newton Rigg college in Penrith.

Have your own style

Do what you want to do, not just what other people want to see. You need to be genuine, comfortable in your style and confident in the subject matter.

Make use of your contacts

Draw on the experience and knowledge of the people you know. They can help direct you in terms of focus, timing or how to deal with difficult subjects.

There are many options around at the moment, including Instagram, Twitter, Facebook, YouTube and online blogs. Social media followers can give useful feedback on a video, while some things around the farm are best captured in a simple picture and shared on Instagram.