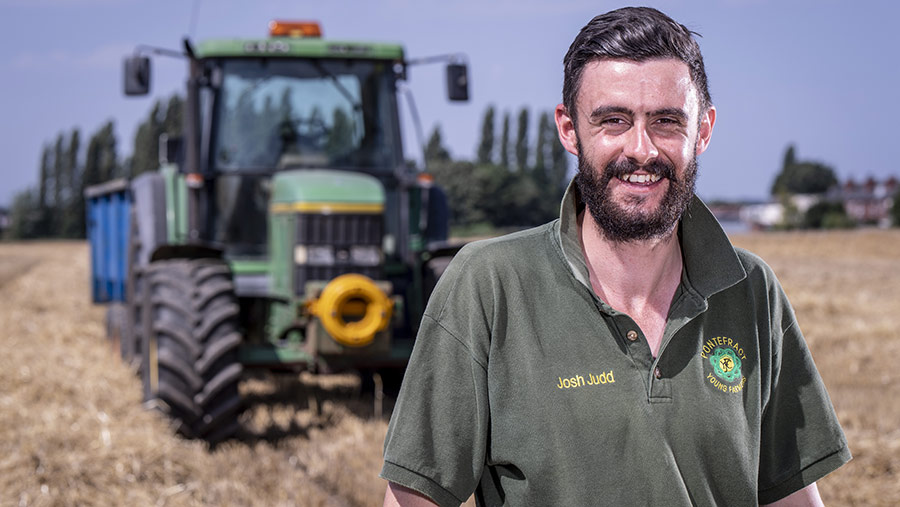 As young farmer Josh Wright embarks on his first harvest on a West Yorkshire estate, he’s planning ways to expand and diversify the tenancy previously held by his grandfather.

Taking over the farm last September, Josh is farming about 60ha of arable land and runs a herd of 50 commercial breeding sows on the Methley Estate just outside Castleford, some 10 miles south-east of Leeds.

With long hours on the combine ahead of him, Josh is considering new ways of growing his mixed arable and pig farm.

See also: How experience outside of agriculture can help your farming career

Having got settled into the task of running the farm, he’s shifting his focus to increasing the potential of the pig enterprise and diversifying the farm.

“It feels so surreal to be here now,” he says. “This is a dream come true and if somebody had said to the the 15-year-old me that by 28 I’d be undertaking my first harvest as a tenant farmer, that young lad would not have believed a word.

“I’m farming in one of the most urban areas in Yorkshire, with more than 50,000 people on my doorstep in Castleford, and Leeds just half an hour away.

“There’s plenty of scope for diversification on the pig side and maybe producing vegetables – this is easy-working, light land which used to be growing veg in Grandad’s day. There’s so much potential being missed here.”

Currently most of Josh’s pigs are sold at Selby livestock market; he has also supplied six finished animals to a farm shop near Leeds. In the future, he hopes to sell more of his pork direct to the public, given the large number of potential customers living just beyond the farm gate.

“I already get a lot of people asking me if they can buy my pork, so there’s demand there from the public,” he says. 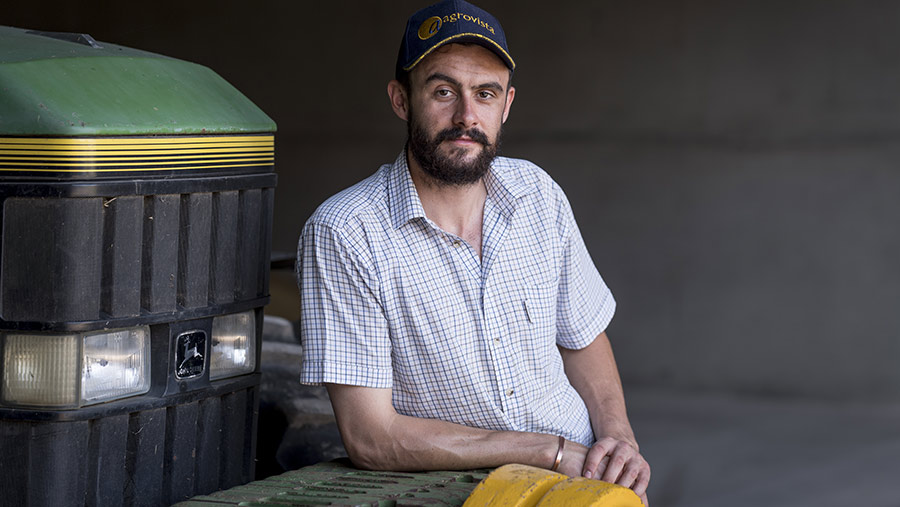 Josh is hoping that Brexit could yield fresh opportunities for young farmers to get ahead in the industry.

“I think it is quite a good time to get into farming, despite the political turbulence. People are starting to think more about sustainability and the environment, and are looking to buy their food from more local producers.”

Sitting where the rivers Aire and Calder meet, Methley is one of several estates owned by the Earl of Mexborough and has been owned by the Savile family since the 15th century.

As is typical in UK agriculture, the Methley Estate’s director realised that, as tenants were getting older, they could be without any active farmers in less than a decade.

Josh’s 75-year-old grandfather, Edward, was one such tenant looking to retire. A plan was devised to get several new tenants farming on the estate and Josh, who was working at a feed mill near York at the time, was given the opportunity to take on his grandfather’s farm.

Josh’s advice on getting that first farm tenancy 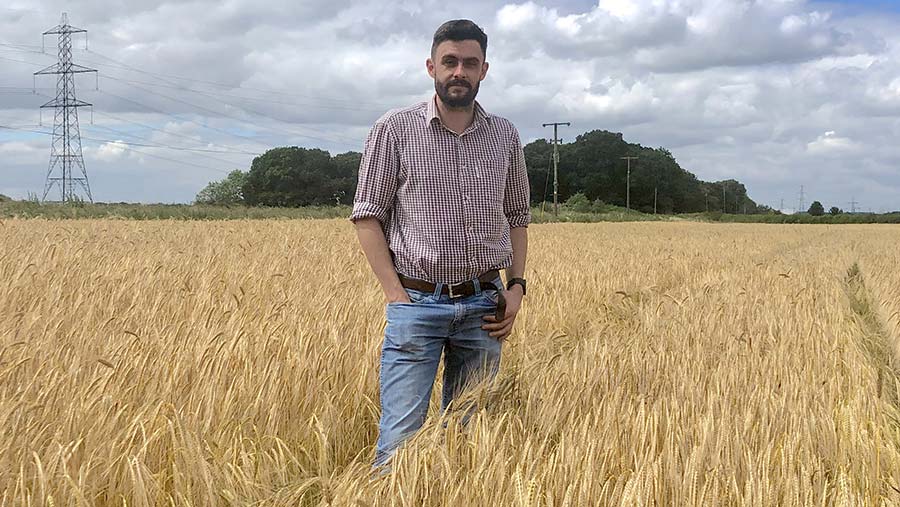 Josh was lucky enough to have a foot in the door as his grandparents were already farming; albeit on a slightly smaller scale.

His advice to any young farmer trying to get into the industry is:

“I left school knowing exactly what career I wanted, but there wasn’t enough work at home for me to stay and there was no prospect of me being able to take on any more land back then,” he says.

“Grandad wanted me to take it on, but we knew that I couldn’t make things work with the small area he was farming.”

Josh proposed expanding the tenancy’s acreage to make it more viable for a young farmer coming in, with a view to expanding further this autumn.