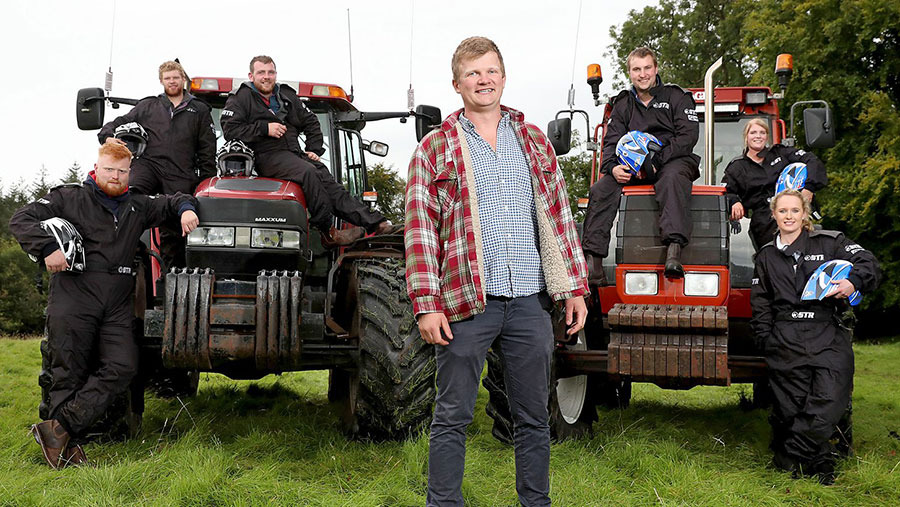 In agriculture’s answer to Top Gear, young farmers will star in a new TV show that puts their tractor driving skills to the test.

Teams of young farmers from across the UK will compete in a series of challenges for the chance to be named champions.

The competition will test tractor power and the driver’s handling skills.

The Fast and the Farmer(ish), commissioned by BBC Three and BBC Northern Ireland, will hit the screens later this year.

The creators said the show would offer a glimpse into the lives of young farmers and showcase their talent behind the wheel.

Presented by Tom Pemberton, the seven episodes will see teams from Wales, England, Northern Ireland and Scotland compete via heats, semis and a grand final, with the winner claiming overall bragging rights.

The show has been created by independent production company Alleycats, based in Northern Ireland.

Eddie Doyle, head of content commissioning, BBC Northern Ireland, said: “Alleycats has a done an amazing job with The Fast And The Farmer(ish), showing how rural competitiveness can be converted into high-octane entertainment, that fits perfectly with BBC Three’s core brand.

“We’re delighted that our work with BBC Three and Northern Ireland Screen has led to this wonderful new series.”

BBC Three controller Fiona Campbell said: “The quality of ideas from the Northern Ireland sector has been astonishing.

“It’s exactly why this collaborative partnership exists and we’re really excited about The Fast And The Farmer(ish) and what it will bring to BBC Three.”