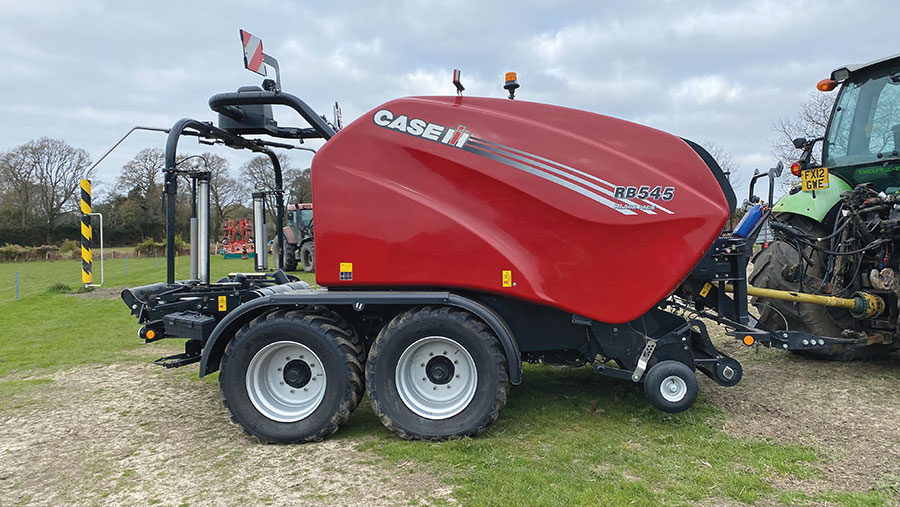 We get the lowdown on the RB545 Silage Pack baler-wrapper run by East Sussex contractors Johannes and Wiebe Visser of J Visser Contracting, Ebeneezer Farm, Heathfield.

See also: Ultimate guide to buying a round baler 2021

What made you choose a Case-IH baler-wrapper?

We upgraded from a New Holland baler and separate Kuhn wrapper a couple of years ago because I was taking on more haulage work and it left us short of labour to run the old two-tractor, two-implement system.

Ernest Doe at Ringmer put together a good deal. There are plenty of good baler-wrapper options out there – especially the McHale – but it’s no good having the top kit if there is no one locally to help with problems when we’re busy.

For that reason, I’ve always favoured dealers within a 15-minute drive of the farm.

We added a few extras to the base model, including more work lights and a camera on the wrapping unit.

It has been particularly handy, as it’s impossible to see whether the net has been properly applied from the driver’s seat, and we can’t always run the baler in full auto on the hilly ground – it’s much easier to discharge manually when you can see what you are doing.

The biggest test was getting set up with Isobus for the first time. It was frightening to start with, but now we’re settled in I don’t think you could find a simpler system – everything is on one screen and any faults it throws up are explained. 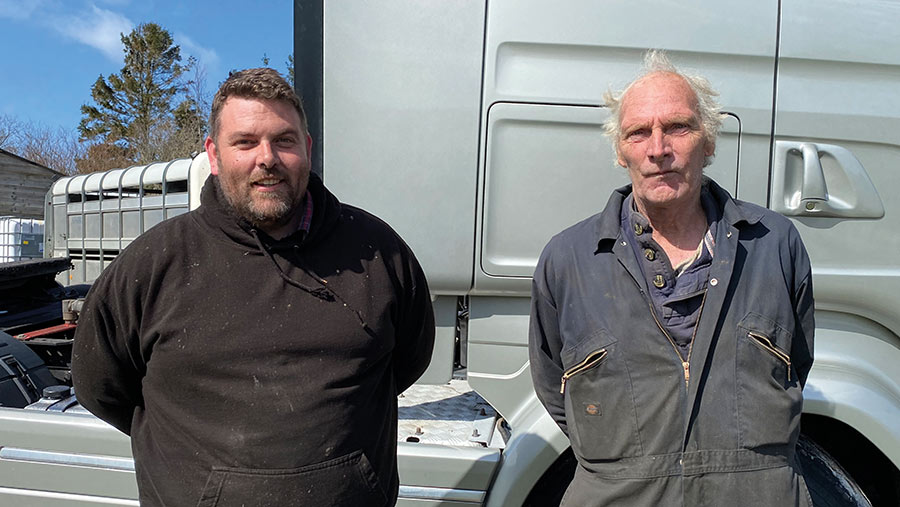 It’s about to start its third season and has about 10,000 bales on the clock.

In that time, it has hardly put a foot wrong. We even had it running in November baling clover because our customers have been so desperate for grass.

The late-autumn crop was thin and wet, and another contractor’s McHale Fusion struggled to make a bale.

Our Case managed it, although I think a large part of that is down to the driver – my father, Wiebe, has 30 years’ experience of the job.

Typical output is about 40 bales/hour at 10-12kph, which is mainly limited by the wrapper.

On flat ground it would probably be higher, but we certainly wouldn’t want any less power than our Deutz-Fahr Agrotron M640’s 145hp that boosts to 175hp.

The baler alone weighs 5t and, with two bales on board, it is a lot to be towing up a slope.

The stand-out feature is the 2.2m pick-up, which is awesome. It’s the same setup as the big square balers and gobbles up the crop, even on untidy swaths around corners.

In hay, when we’re not chopping, I would bet on it beating any Welger.

The knives have also lasted well. We’re still on the original set, although it relies on good maintenance.

We sharpen them with the angle grinder regularly, particularly if the baler has been on rough, mole-hilled ground.

The secret is not letting the blades get hot – as soon as that happens, they go hard and it’s impossible to get an edge on them.

We tend to run 10 knives, which chops to roughly 15cm, but there is the option of engaging 20.

It’s pretty consistent, particularly compared with our old New Holland baler that constantly blocked up and hampered output – sometimes to less than 25 bales/hour.

However, I would be interested in trying plastic rather than net wrap in the bale chamber.

It will probably help keep the bale shape during storage, reduce the likelihood of spoilage and cut our total plastic use – plus save us some money without affecting the quality.

At its 12-month service, Ernest Doe upgraded a few bearings on the net wrap system and plastic wrapper, and did some welding on the pick-up, but we’ve had no breakdowns.

Our model doesn’t have a bale flipper, which would come in handy on the hilly ground.

The reason we didn’t spec it is that all our customers are set up with roller-style telehandler attachments rather than clamps, so they would have to upgrade their kit.

We plan to change it at the end of the season – probably for the same again, as we have the option of Case or New Holland.

A three-year replacement policy works for us, as it offers a good balance of outlay, reliability and maintenance costs.

That said, I would be open to looking at variable-chamber alternatives. It would give us more flexibility for customers that like different bale sizes, but that would mean going to another brand, as Case doesn’t make one.