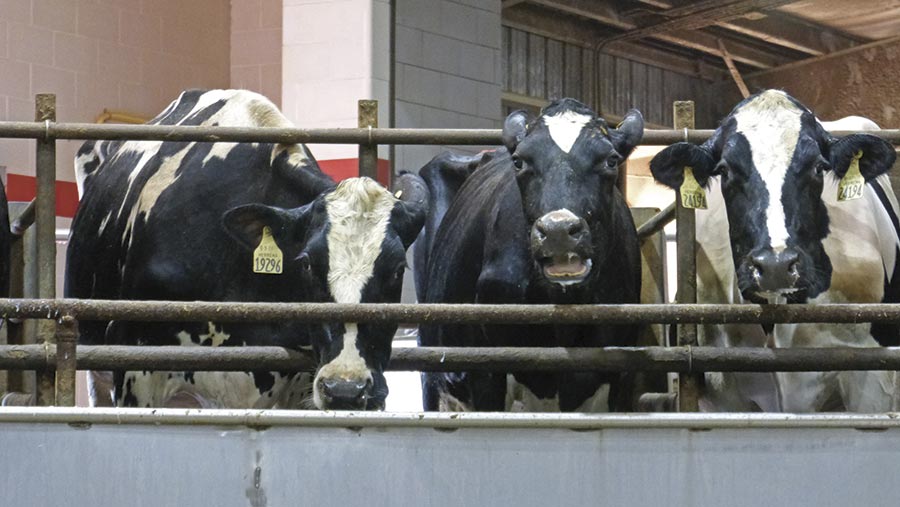 Yields are forecast to increase from October at Herrema Dairy, Fair Oaks, when a robotic dairy will ease parlour flow and benefit welfare.

But while the rotary has worked well, herd manager Cory Craig, who manages Herrema dairy for the Bos family (T&M partners), is confident robotics will boost yields further because of the successes of robotic milking at a nearby farm also owned by the Bos family.

The robotic installation took place on October 2015 and has prepared Mr Craig for what to expect from a lower-stress system in which cows are milked by Lely robots.

The farm is one of six farms in 3,200ha dairy operation operated by T&M partners.

Mr Craig hopes to capture the welfare and longevity benefits that have come from robotic milking, while also fully realising the potential of his cows.

At Bos Dairy, where cows are milked through robots, yields have increased and cows are lasting two lactations longer (4.5 on average).

Meanwhile, cell counts are running 40,000 cells/ml lower – an important feature for their processor looking at a 120-day fridge-life product. The farm is currently producing milk at 150,000 cells/ml.

The current rotary parlour at Herrema was installed in 2002 and has served the farm well, explains Mr Craig.

Cows are milked three times daily by six employees on 12-hour shifts. No parlour cake is fed on the rotary, which milks 420 cows an hour.

By taking up to 200 high yielders out of the rotary system and placing them in a robotic shed, Mr Craig hopes to lift yields by 20%.

An added benefit of this is to hopefully add at least one lactation to average cow longevity. Meanwhile, numbers in the rotary dairy will be reduced by about 200 cows (5-6% reduction) to 3,300.

“We currently have at least 1,000 cows a shift that do not get milked out,” explains Mr Craig. “They aren’t on the rotary long enough.

“The herd at Herrema could give 2,500 litres more if parlour configuration was optimised. We will probably milk 3,300 cows instead of 3,500 cows we do currently in the rotary.

“It doesn’t sound like a lot but it would give an hour and a half more time to milk the cows. This would give us the opportunity to get more cows milked out because I can slow the speed of the rotary down.” 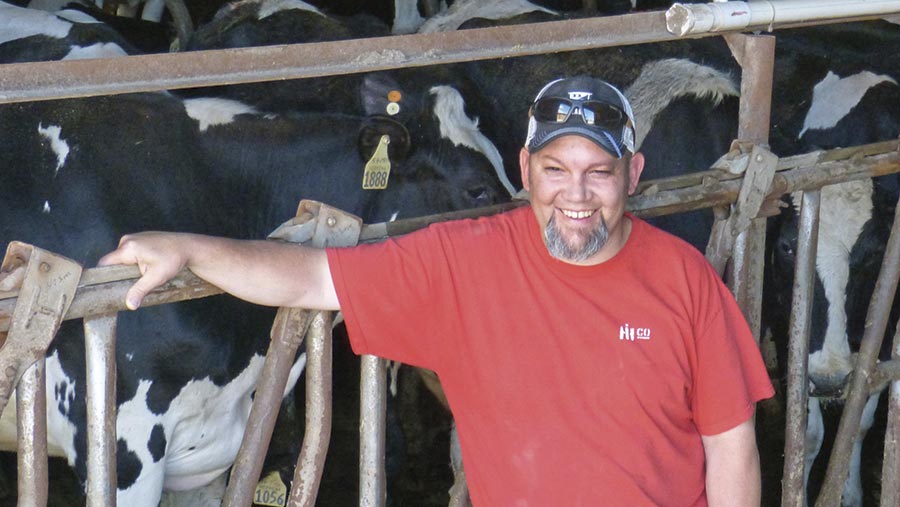 With lower stocking rates, less standing time and better cow comfort on the robot and rotary, Mr Craig hopes he can take average cow longevity from just below three to beyond three and up to four lactations if possible.

This would benefit the business hugely. Heifer rearing costs $1,700 a animal (£1,313 a cow) and the dairy is operating just ahead of cost of production at $16/hundredweight (27p/litre).

A 12-robot shed for up to 740 cows is planned to start production at Herrema this October. Mr Craig hopes to emulate some of the improvements the robots have brought to the technical performance at Bos Dairy.

Bos Dairy has reported a 3 litre/day lift in average daily yield (41kg) and noticed replacement rates fall to 22% from around 40%.

On average cows are milked 2.9-3 times/day at Bos Dairy and are given protein pellets with molasses and minerals at the robotic units. 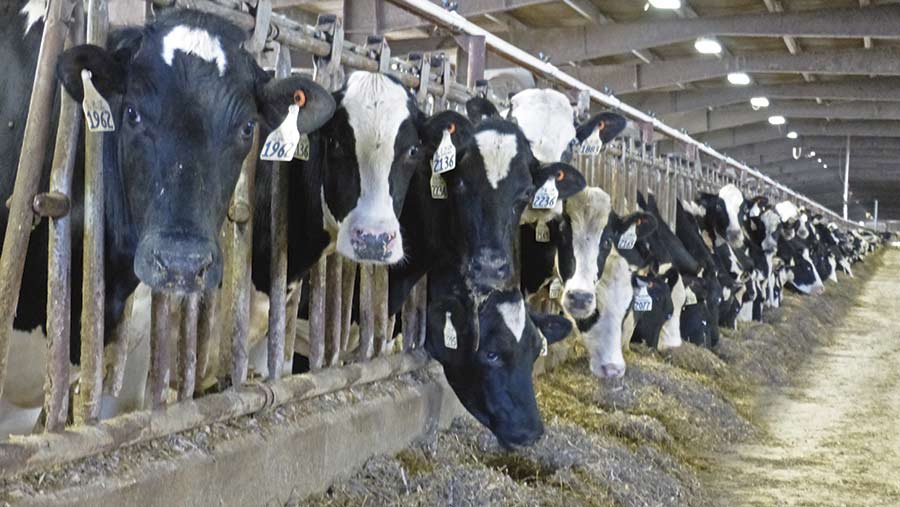 Water mattresses and heat detection collars are used too. The cull rate fall from 40% to 22% has been attributed, in part, to the lower-stress environment of robotic milking.

Cows have increased feed access and space and lying times have risen as a result of the water mattresses. Cows are given open access to sodium bicarbonate as a rumen buffer.

Under this system, the star cow – one of the remnants of the pure-bred herd – is doing 63 litres of milk a day at 220 days in milk.

“Clinical mastitis rates are similar between cows on the robot and those in the rotary,” says Jim Roodzant, the on-site farm veterinarian.

“SCC goes up and down but we have noticed the robot cows run about 40,000 cells lower on average.”

Newborn calves are fed from a pooled colostrum store and moved to a calf-rearing facility, dubbed calf land, at about two days old.

Calf land has 3,000 calf hutches where calves are fed 4.4 litres of calf milk daily in 2.2 litre feeds. Dry feed is provided in the form of protein pellets, oats and flaked and whole maize. Calves are bedded on sand.

Straw is blown in when temperatures drop to a daily average of 10C. Calves are weaned at 55-58 days. Last year, calf land produced 11,000 heifers and 3,000 beef steers. Recycled manure solids mean only calves get bedded on straw.

A total mixed ration is fed to heifers in pens of about 40 until they are five to six months old. Calf land charges the dairies $2.40/day (£1.85/day). TB testing takes place every Friday and results are read on Monday. Vaccinations are administered for Brucella abortus. Mortality is running at about 4%.

Heifers are reared 18-hours away in Colorado for $1.90/day (£1.45/day) before returning to the dairies in-calf at 22 months. High index bulls are used with Jersey used on the bottom 10% to lift components. Heifers calve down at or just before 24 months.

A high-fibre diet contains chopped straw, alfalfa baleage and a mineral mix at 10.8kg of DM and 3.175kg of straw. Cows have a calving interval of 405-410 days.

Cows are dried off at 220 days in-calf, vaccinated and hoof-trimmed. First lactation cows are served at 70 days post calving and second lactation cows at 60 days with 40% holding first service overall.

Feed is pushed up every 90 minutes – every 1lbs of intake equals 2lbs of milk yield. Screening takes places on corn samples from trailers coming onto the farm. Mycotoxin binders are fed to avoid acidosis issues. The largest corn silage pit is 60,000t.