A record yarding of Salers cattle and a roaring Charolais trade delighted attendees at the second round of spring bull sales at Stirling.

It was another first for United Auctions as it welcomed its first foundation sale of Lincoln Reds as well as 32 Salers bulls.

Trade was sticky at times for Simmental and the Salers offering was too large for the demand, resulting in a 54% clearance, but a great day trade was had by the Charolais breed, with male and female averages up and prices rising to 46,000gns, 19,000gns, 18,000gns and 16,000gns. 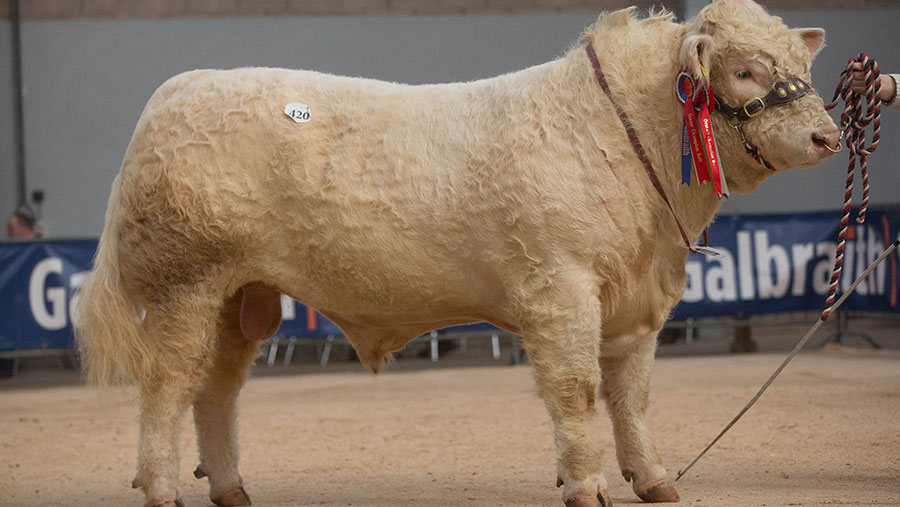 Bidding was selective in the Simmental ring, with a long winter and higher feed and bedding costs taking their toll on bull budgets.

One of the highlights was provided by the Woodhall herd as it dispersed its remaining autumn block. Some tremendous breeding was on offer in the 55 lots from the herd of the late Hector Macaskill, which had been going since 1976. 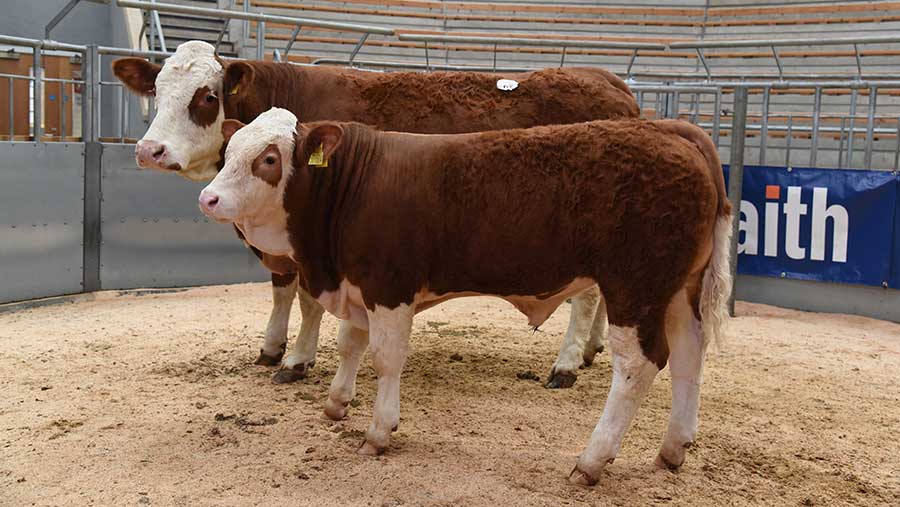 Woodhall Flair sold with her bull calf for 14,000gns

Easy calving figures remain a key buying point for some breeds but Simmental buying was mainly done on eye and health status. 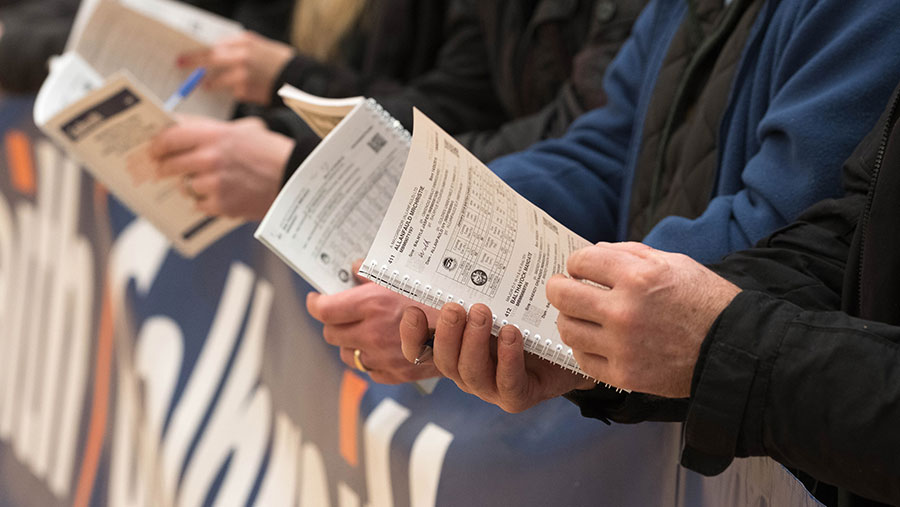 Catalogues remain vital to buyers, who have sifted through the details of over 960 bulls at Stirling this spring 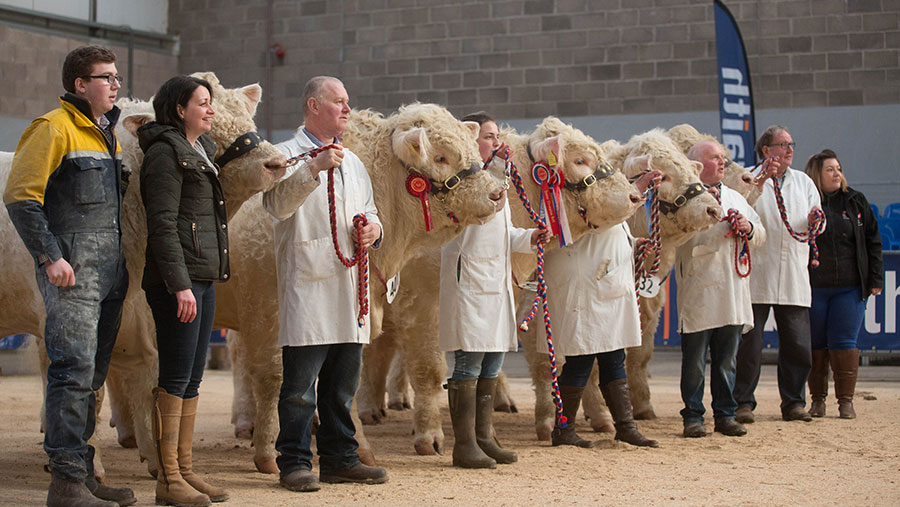 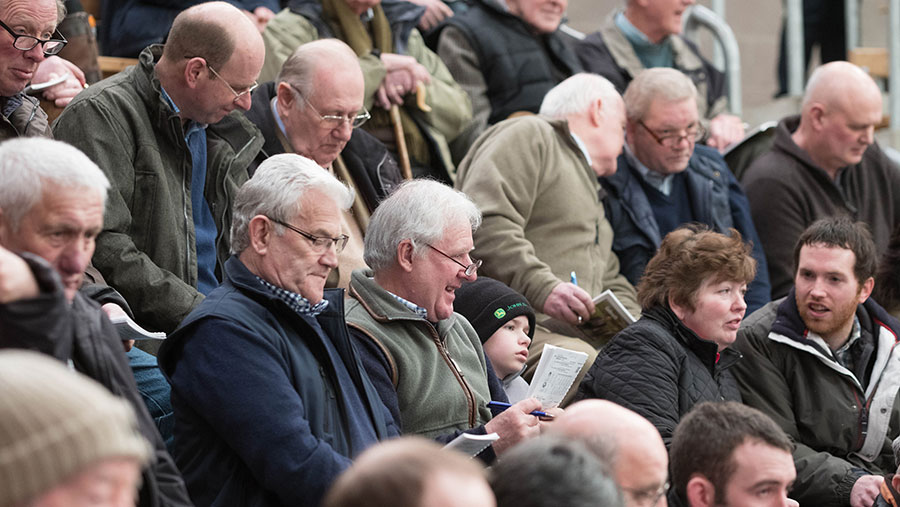 Salers were judged by Alisdair Davidson, Wamphray, Moffat, while Charolais were tapped out by Arwel Owen, Foel, Welshpool. Simmentals were judged by Anne MacPherson from Blackford Farm, Croy, Inverness. 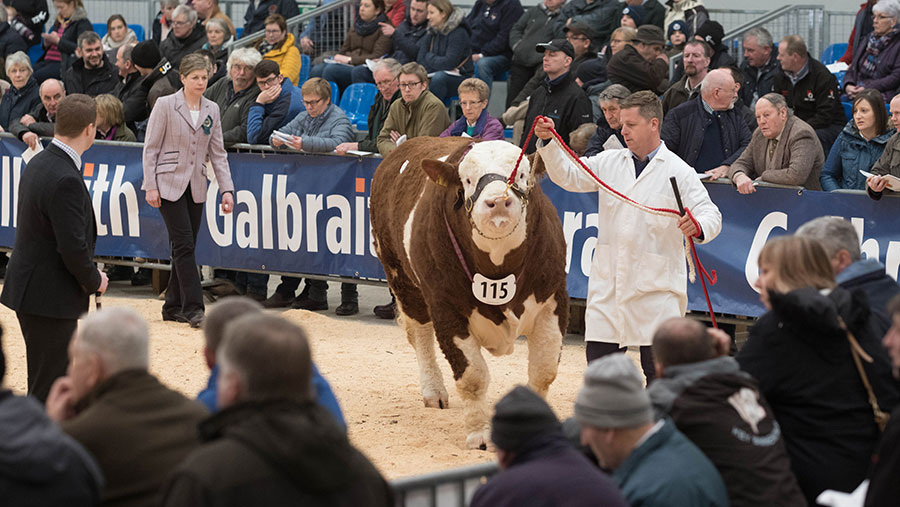