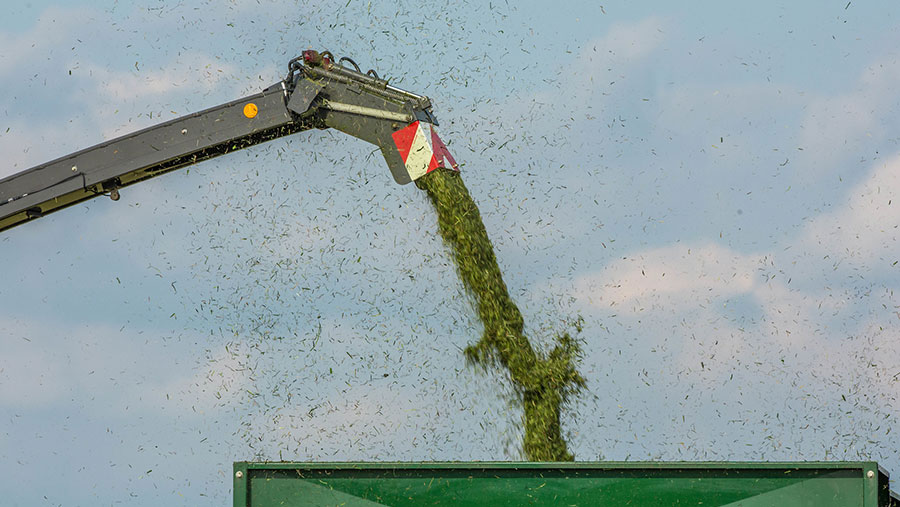 Farmers are taking first cuts of silage earlier and decreasing cutting intervals of subsequent cuts, according to the results a grass silage-making survey.

The research, conducted by Germinal and Volac, surveyed 187 dairy farmers in December 2017 and revealed 89% aimed to increase their milk from forage, with 64% believing grass silage is more important now than in previous years.

The survey found 80% of farmers were taking three or fewer cuts, but 60% of respondents said their first cuts have become earlier over the past three years and 44% reported shortening their cutting intervals.

This move to earlier and more frequent cutting is often referred to as “multi-cut”.

See also: Benefits of switching to a multi-cut system

“This shift to multi-cut appears to be working for these early adopters,” added Mr Wixey.

The survey found that of the 44% of farmers who had switched to shorter cutting intervals, 92% were seeing improvement in quality of grass silage, with 54% saying quality was much better.

Volac’s Derek Nelson highlighted that the system won’t suit every farm though and it does require attention to details on factors such as: