Thousands of visitors flocked to Northern Ireland’s biggest agricultural event, the Balmoral Show, at the Maze this week (11-13 May).

The event was so successful that organisers may extend it to last four days next year.

A highlight of the three-day event was the quality livestock on display, with history made in the beef ring when the Martin family won the interbreed for the first time with a British Blue.

1. Father and son James and Sam Martin were delighted when their home-bred British Blue won the interbreed beef championship. 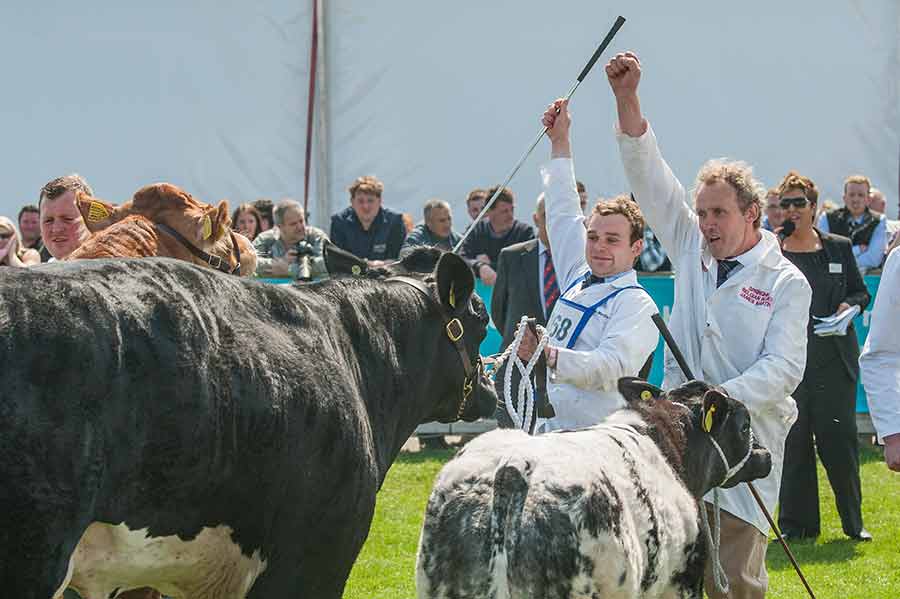 2. There was a strong line-up of Suffolks on the first day of the show (Wednesday, 11 May), with more than 20 animals competing. 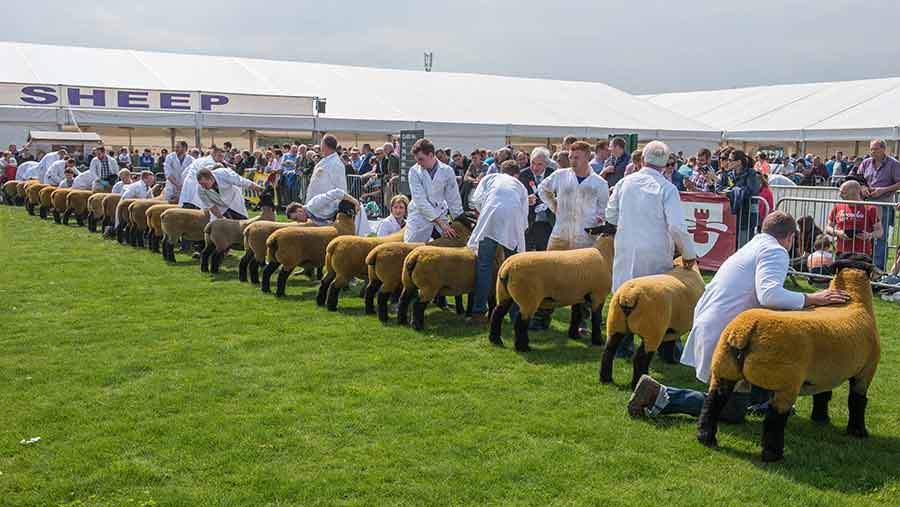 3. Nathan Glen from Ballynahinch had lots of fun in the National Sheep Association pavilion riding on a new green breed of sheep. 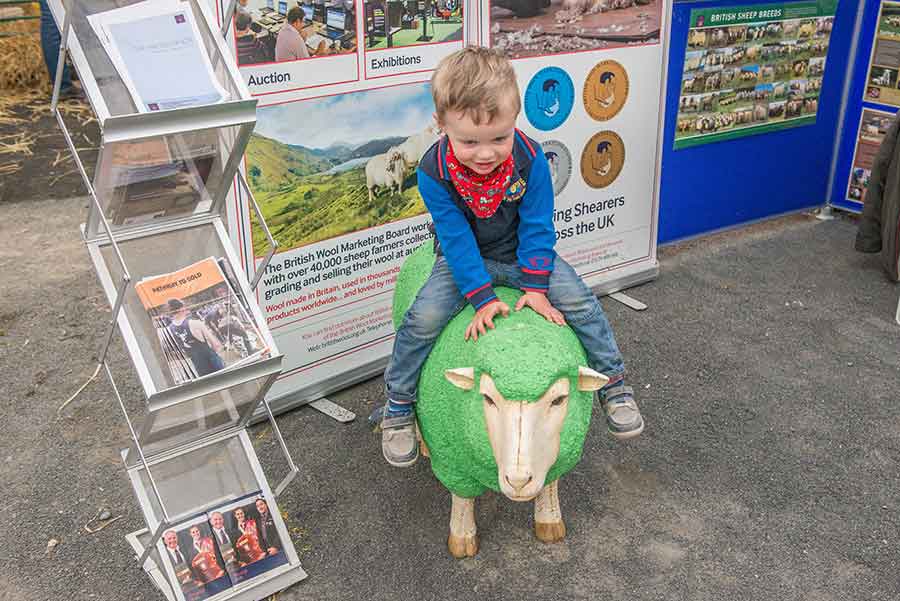 4. Alex Hutchinson from Comber, County Down, was snapped preparing her Blue Texel for the showring. 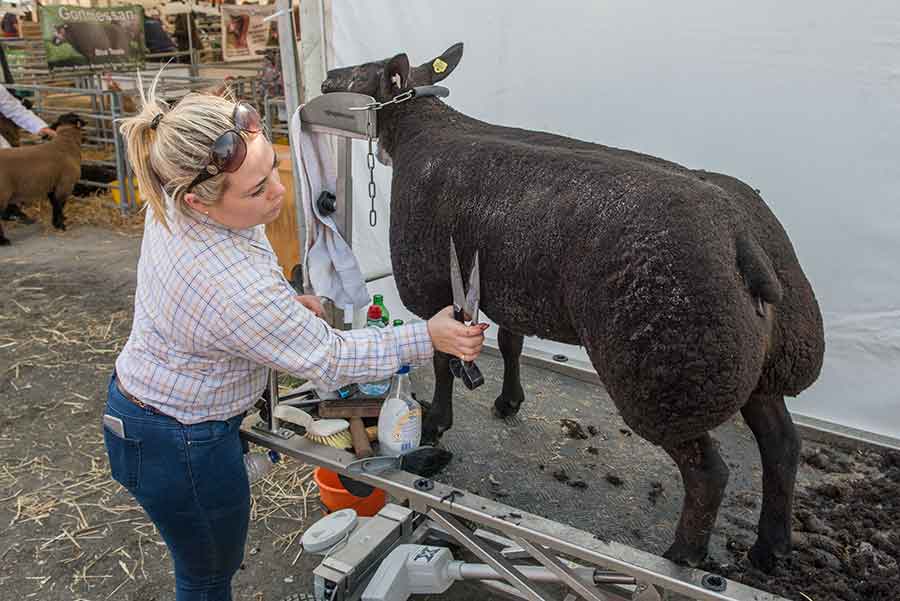 5. In the Limousin ring, This Farming Life star Martin Irvine was on hand to judge the classes. He awarded the Limousin championship to Philip Green, Lisburn, County Down. 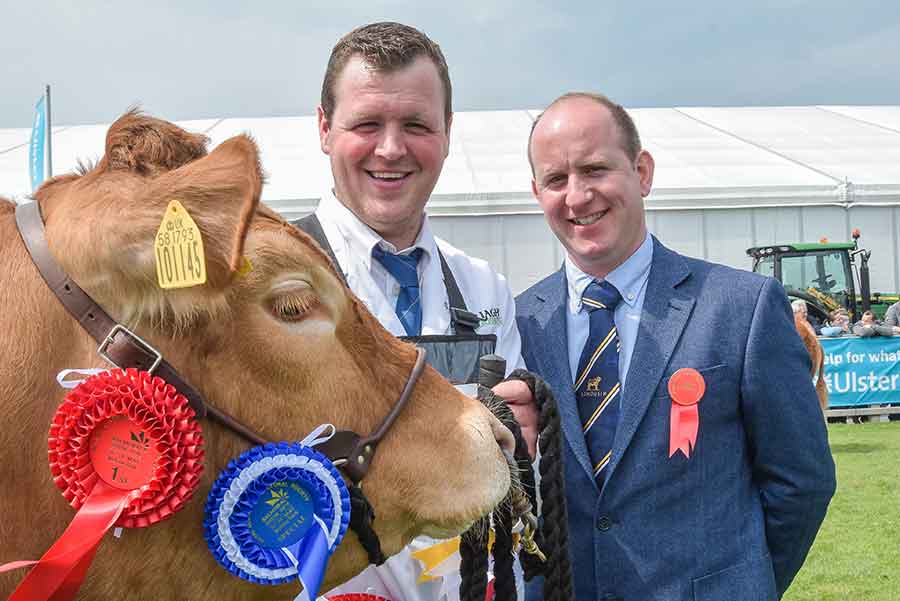 6. Another star from the TV-hit series, John Scott, judged the Beltex class. 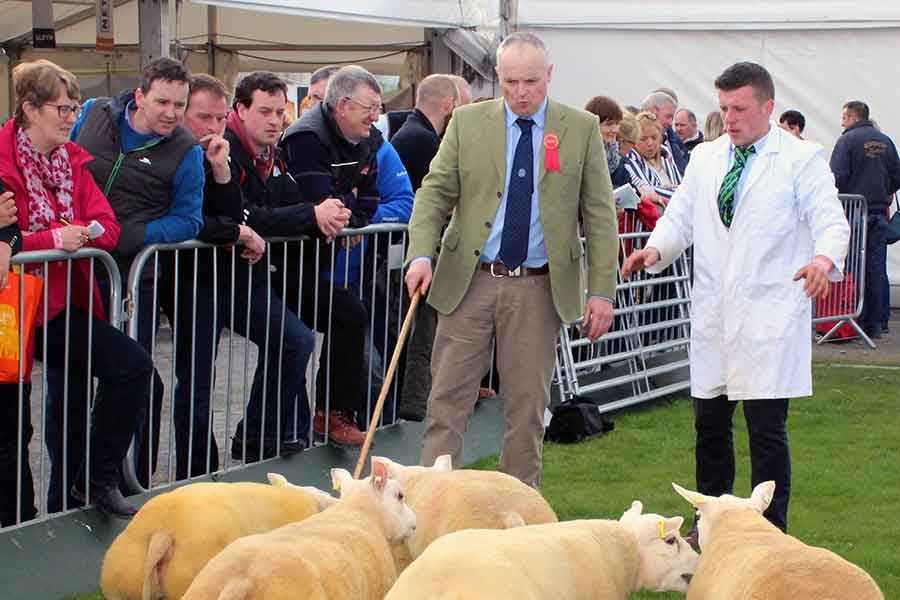 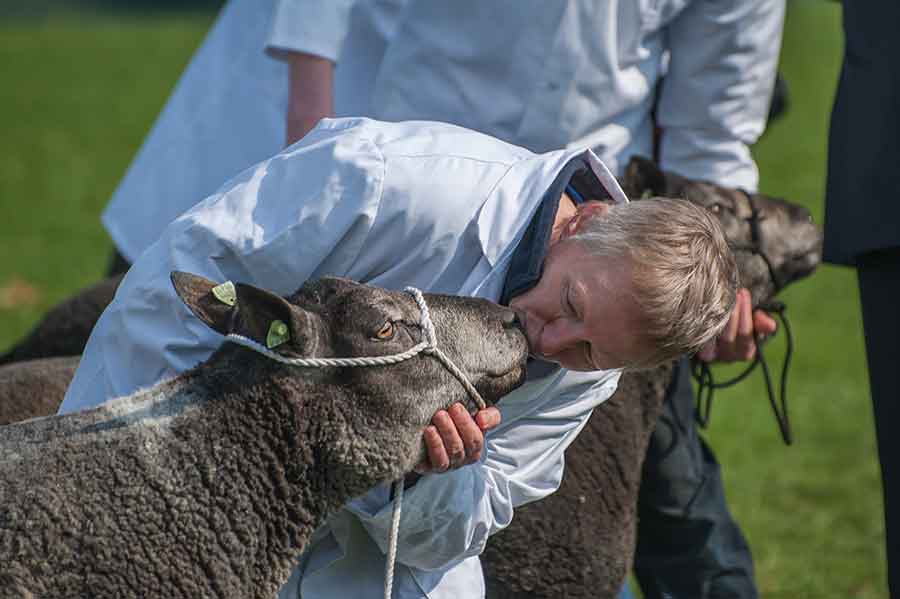 8. Clive Richardson and his daughter Sophie from Enniskillen with their ewe lamb awaiting the judge’s decision. She won first prize. 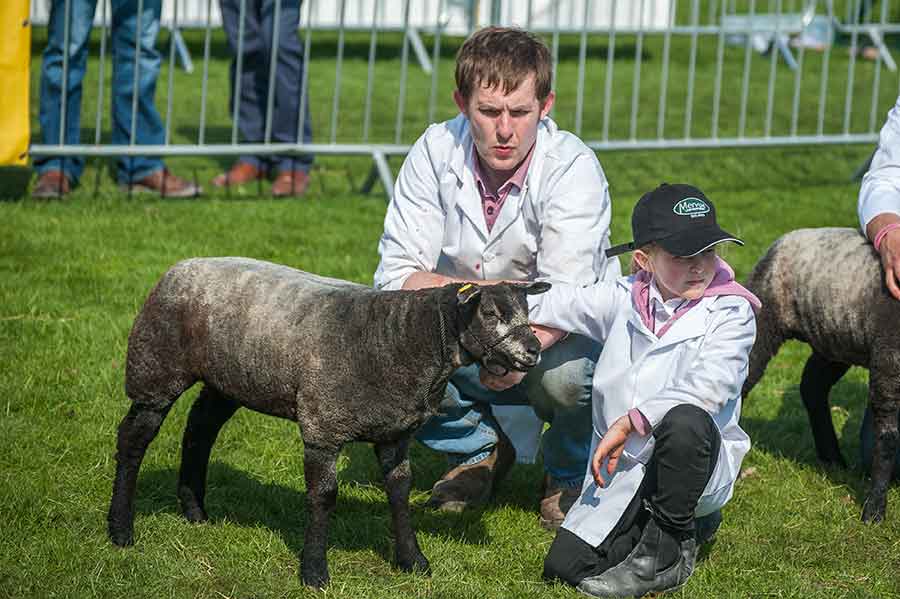 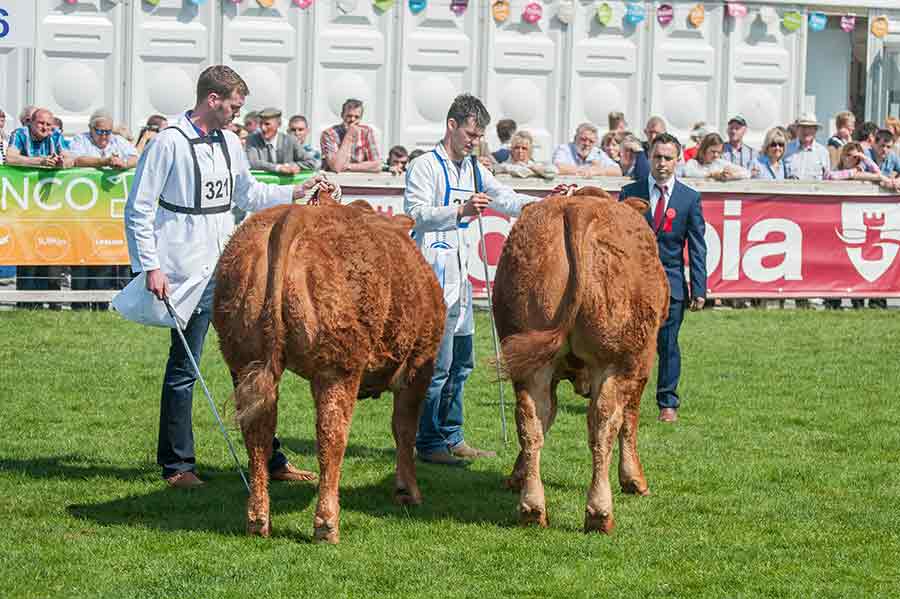