Big Dutchman is the world’s leading supplier of housing and feeding equipment for modern pig and poultry production, represented in more than 100 countries around the globe. 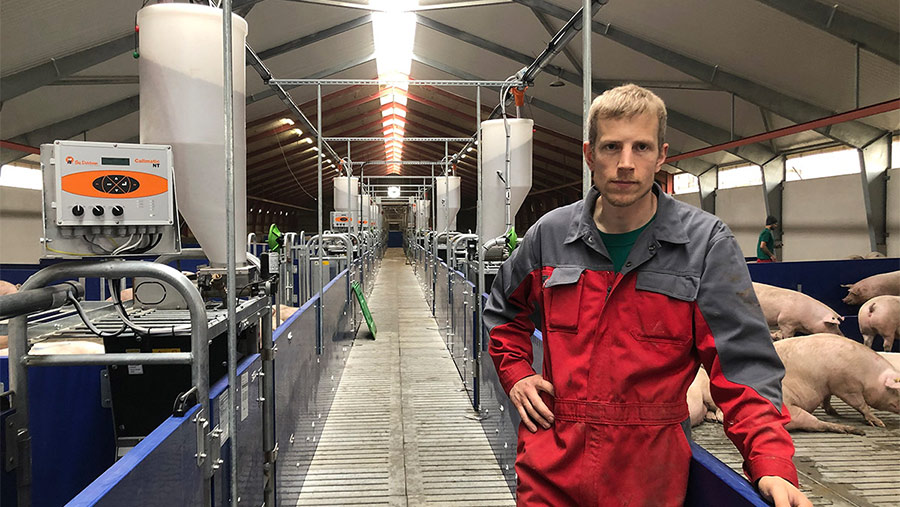 Jeppe Bloch in the new part of his sow house says “I am very happy, and with an expansion like this one, it makes sense to continue working with established systems.”

The long building, with a seamless connection between old and new part, now houses 1,650 sows.

The pigs are kept in animal-friendly groups and fed by the computer-controlled electronic sow feeding (ESF) system CallMatic.

The feed is transported by the DryRapid conveying system.

Upon entering the barn, the first thing one notices are its impressive size and brightness.

The ceiling is very high, and much daylight enters the building from above and both sides.

Bloch did some things differently in the new part of the barn. “We prioritised resting areas, and this seems to work well,” he explains with regard to the new pens, into which the first sows were moved recently. 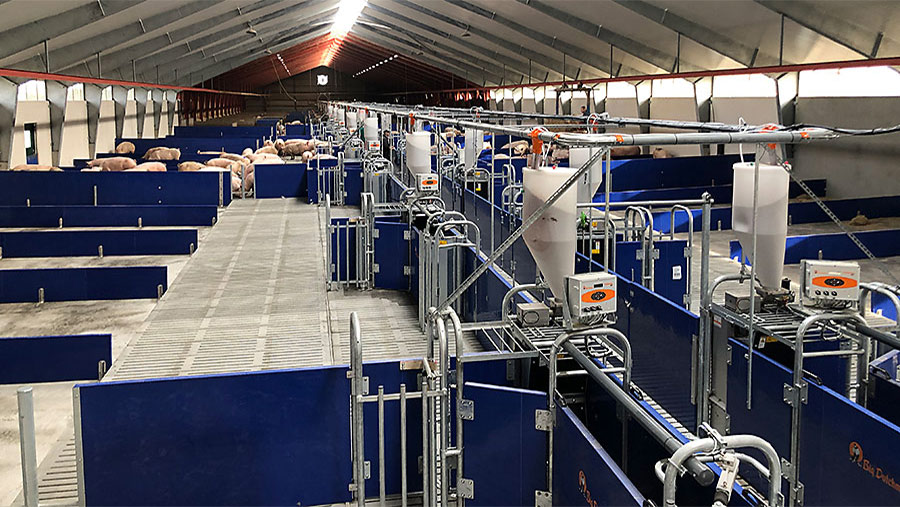 Jeppe Bloch decided to install ESF system and feed conveying system in the centre of the pen. The resting areas are visible on the very left of the image.

The farmer decided to use the same systems for the old and the new barn, thus selecting well-proven feeding technology:

CallMatic and DryRapid are connected directly to the existing systems in the old part of the barn.

I am very happy overall

“It was a long process, and especially the last two or three weeks before initial operation were hard.

But I am very happy overall,” concludes the sow manager.

It has since become apparent that Bloch took the right decisions during planning.

The barn is very quiet, even when visitors are guided through the building.

“The pigs got used very quickly to the new environment, within just one hour.

And since the ESF pens are very large, there are hardly any problems with ranking fights,” says the farmer. 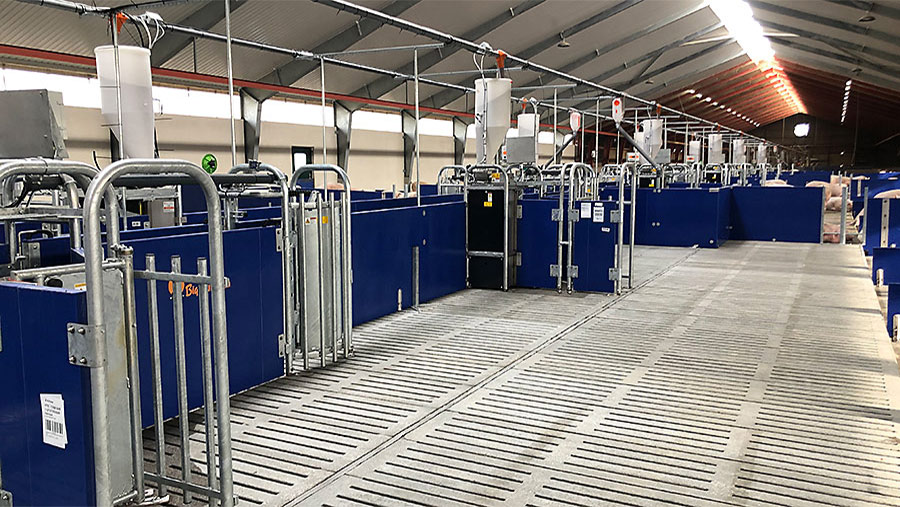 ESF systems have many benefits

In addition to the ESF system and the dry feeding system, all other housing equipment in the sow barn’s older part was also supplied by Big Dutchman.

Bloch always planned to extend the Big Dutchman feeding system to the new part as well.

“I would never have selected anything different,” he says.

“I am very happy, and with an expansion like this one, it makes sense to continue working with established systems.”

Economic aspects played an important role in the decision-making process.

“Of course I could also have selected a floor feeding system. However, it does not make sense to change everything if the already installed system works so well,” explains the sow manager.

According to Bloch, the ESF system has many advantages:

“The sows are fed individually and as required. In the end, I am even saving on feed because the sows receive what they need and nothing more.”

Bloch also noticed that the sows are less aggressive. This is because there is no need to fight about feed.

“With a floor feeding system, strong sows fatten up too much, while smaller sows receive too little feed.

We prevent this with the ESF system,” Bloch says. “In general, we want the pigs to receive the best while still making a profit,” is his conclusion.

Even though the farmer has just completed the expansion of this sow house, he is already thinking about a new project.

“I do not have enough room for gilts, so we might have to expand soon,” he says about his future plans.

How does electronic sow feeding work?

The ESF system needs transponders to work, i.e. a small sender attached to each sows in the form of an ear tag.

An antenna located in the ESF station’s trough area transmits the animal-specific data to the control computer.

The farmer can thus ensure that the sow only receives feed if she is actually entitled to it.

When this is not the case, the computer keeps the trough flap closed.

The entrance gate re-opens after a set time delay if a sow does not leave the station by herself.

The next sow then enters the station and automatically drives out the previous sow.

If a sow leaves the station despite still being entitled to feed, feeding stops.

The remaining amount can be requested later on.

Thanks to this feature, each sow eats exactly the feed she needs for her body condition without being interrupted by other pigs.

Since a sow that eats too little is easy to recognise, the farmer can immediately take countermeasures in case of health problems.

To the sows, an ESF system means more room to move and a better condition. The pigs are also more robust.

Farmers, on the other hand, can ensure ideal performance by providing the correct feed, and their animals are healthy.