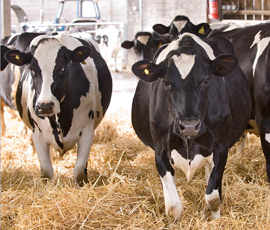 Animals may not be to blame for antimicrobial resistance, according to the University of Glasgow.

Research by the university, shows that the risk of antimicrobial resistance passing from animals to humans is lower than previous studies had shown.

The research, published in the Proceedings of the Royal Society, used long-term surveillance data of Salmonella typhimurium DT104 from humans and animals in Scotland.

The findings suggested that the local animal populations were unlikely to be the major source of resistance in humans.

It found that, in the majority of resistances which were common to both animals and humans, the resistances appeared first in humans.

It also showed how animal and human populations of the bug differed significantly in several ways such as prevalence, linkage, time of emergence, and diversity.

The British Veterinary Association said the results called into question recent moves in the European Parliament to ban certain uses of antimicrobials in livestock to cut resistance in humans.

“This research will be a hugely important step in our understanding of the way resistance occurs.

“While contact between animals and humans does lead to some transmission of disease and the potential transfer of resistance, the researchers state that it is unlikely that the animal population is the major source of resistance diversity for humans.

“The BVA strongly advocates the responsible use of antimicrobials and will continue to promote this message to the UK veterinary profession.”