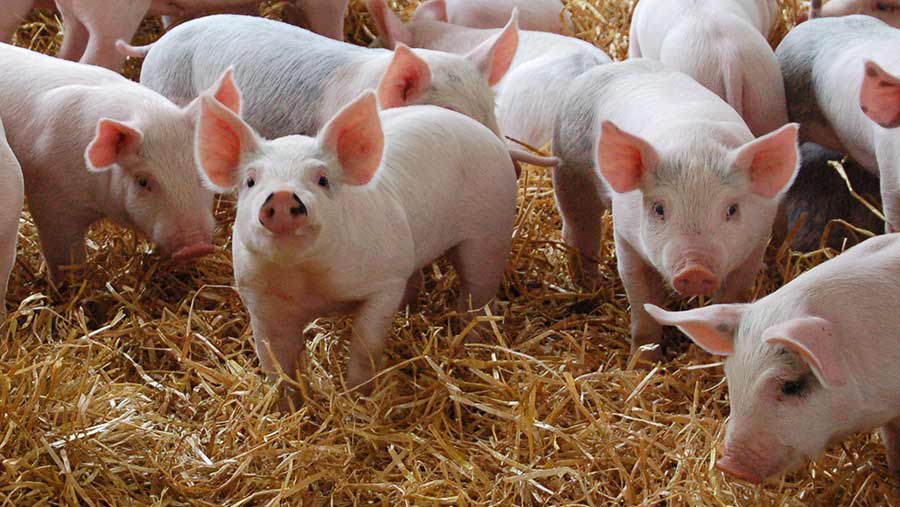 The UK pig industry reduced its antibiotics use by 28% in 2017, meaning that in the past two years, use has more than halved.

The data has come from the electronic medicine book for pigs (eMB-Pigs), which now represents 87% of pigs slaughtered in the UK.

The news was welcomed by industry leaders. Professor Peter Borriello, CEO of the Veterinary Medicines Directorate (VMD), congratulated the pig sector on the “impressive reductions”.

“These achievements are the result of high-level collaboration across the industry to deliver on a challenging and rigorous ongoing plan to reduce and refine antibiotics use, while maintaining the health and welfare of pigs,” he said.

News of this reduction comes just seven months after antibiotics use targets were set by the Responsible Use of Medicines in Agriculture Alliance (Ruma) for each livestock sector.

See also: Sector-specific antibiotic targets and what they mean for farmers

The 2017 figure of 131mg/PCU is 3mg/PCU above the target of 128mg/PCU, but Gwyn Jones, chairman of Ruma, says: “These latest results prove the targets the pig sector set itself are both challenging and proportionate.

“Each year will be progressively harder to achieve and for this reason out foot must stay firmly on the pedal.”

“We knew it would be challenging to meet the agreed reduction targets, but the pig sector is rising to that challenge and making progress every day,” she said.

“Nonetheless, the pig industry’s efforts will not stop here. There is further work to be done to reduce antibiotics use, such as improved collaboration between farmers to tackle endemic disease.”

The electronic medicine book for pigs

The eMB, an electronic version of the paper medicines book, was developed by the VMD and AHDB Pork.

All Red Tractor Pork members have been required to record quarterly antibiotics information on the eMB – which is available to all UK producers and supported by all the levy bodies – since 11 November 2017.