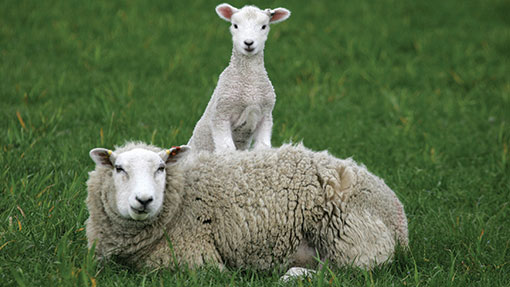 Q We’ve had problems with coccidiosis for the past few years. We have more than 750 Lleyn ewes, but had to hold back more than 10% of ewes from going to the ram as they were suffering from coccidiosis, with more than 1,450 oocysts per gram (opg) in a faecal egg count.

Growth in finishing lambs has also been inhibited. What is the long-term solution as I’m convinced the sheep pick up the microbe in the grass?

A Poor growth rates can be a bit of a mystery as many factors have to be considered, including poor nutrition and disease.

I would not consider a coccidiosis count of 1,450opg in a faecal egg count as significant and so this is unlikely to be the root cause of the problem in your sheep.

However, if coccidiosis is a known problem on your farm, it could be these sheep suffered as young lambs from a significantly higher burden and so were stunted, never catching up to their target weights for breeding.

I’m assuming the ewes you have held back are those which are being bred for the first time as lambs or shearlings.

Coccidiosis is a very resistant parasite, the oocysts of which survive well in the environment.

If it is a problem in your sheds, you can help to reduce contamination by using an ovicidal disinfectant in the situation where young lambs are being housed over the main risk period.

When you have contaminated pastures you may need to consider pasture rotation so that young lambs are not grazing a field which was contaminated the previous year.

Monitoring lambs’ growth rates regularly alongside faecal egg counts (FECS) to monitor coccidiosis levels can be a great aid in getting the timing of treatment right, as lambs can be treated before their growth rates are significantly reduced.

If you are unsure as to whether a high coccidiosis count is the cause of poor growth rates, speciation can be carried out to determine if the coccidia present will cause disease or not.

Other areas that may require addressing include worm burden and nutrition. I would recommend carrying out regular FECs and investigating your anthelmintic resistance status, if you have not already done so.

Putting a health plan in place with your vet could help to identify problem areas, and suggest solutions such as pasture rotation, which would help maximise grass utilisation as well as helping to control worm burdens.