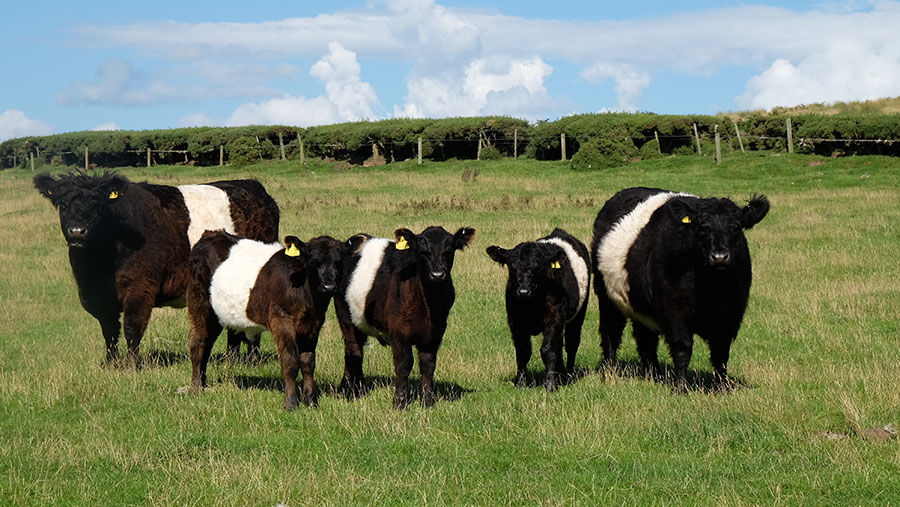 Over the past five years, farm manager Vicky Hogg has rigorously recorded various performance parameters on spreadsheets as a means of identifying areas for improvement and to track change.

Calves are weighed every six months, and two years ago, the data highlighted calf output dropped with dam age.

“After 10 calves, the average weaning weight and also daily liveweight gain to weaning weight is more likely to be 10% below average,” says Ms Hogg, who manages the farm for John Carr-Ellison.

Calf performance to weaning is largely a reflection of a cow’s milking ability, so tracking these parameters gives an idea of dam performance. 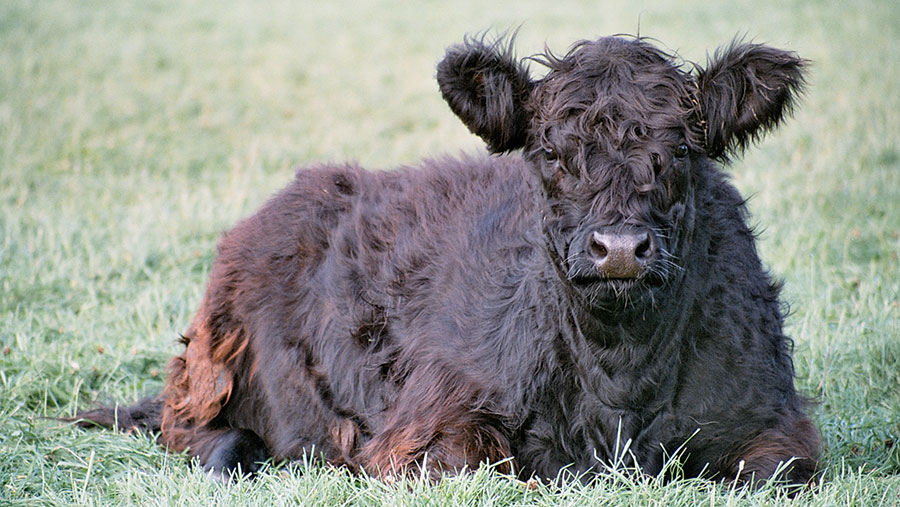 Calves are weighed every six months

Now, cows that have had 10 calves or more are automatically culled, unless they have especially important genetics.

Animals falling 10% below this were highlighted red on the dam performance spreadsheet. Their previous performance was then critiqued and a decision made on whether to cull. 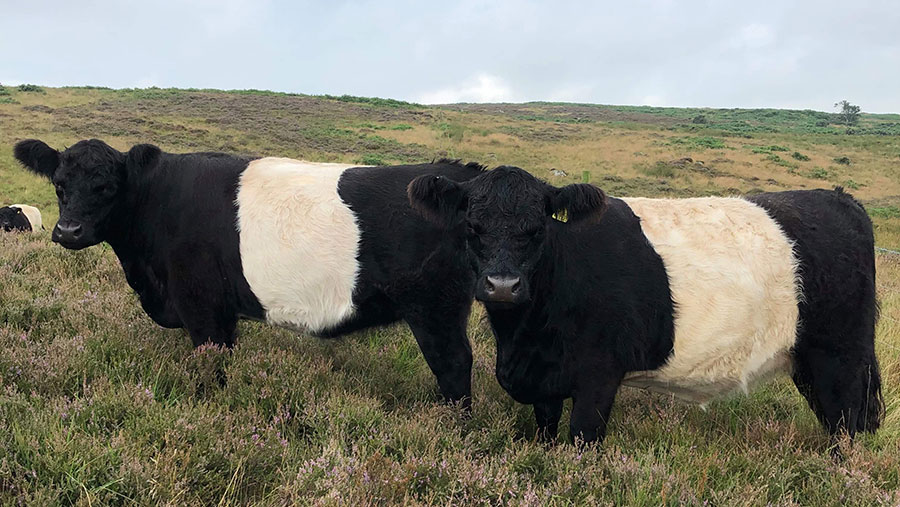 The farm team has been working to improve cow size, and thus calf size

The onset of this performance drop varies considerably from cow to cow, which makes recording a must. For example, in the farm’s Galloway cows, this can occur from two to 10 calvings.

The idea is to cull when cows still have a value and before they become empty or calf weight drops. This policy has been driven by a need to get more selective with the cows they manage after reaching target cow numbers, following expansion.

Ms Hogg strongly believes using key performance indicators (KPIs) in such a way is vital on any beef farm. After all, “if you can’t measure, you can’t manage,” she says.

She views this as particularly important, considering the farm runs Galloways and Belted Galloways, which have no formal breed recording or benchmarking data available. 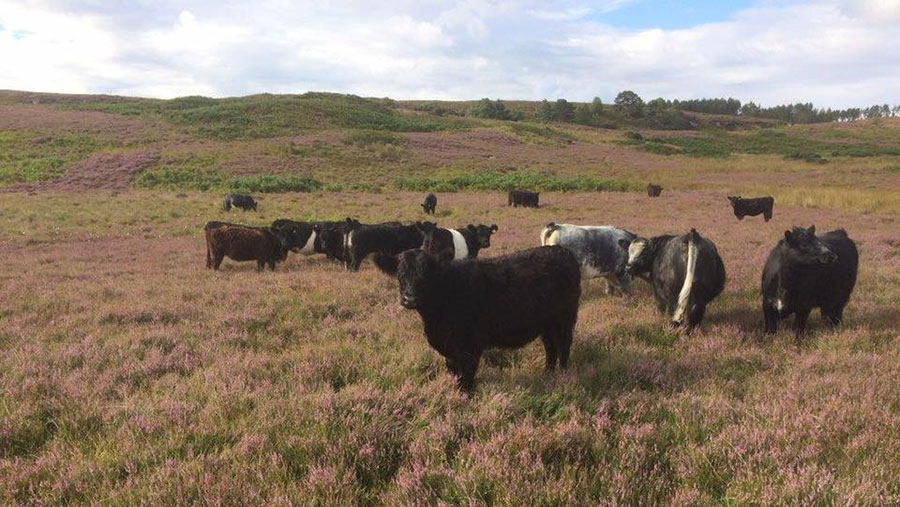 There is demand across all breeds for larger commercially sized heifers

These breeds – together with the Blue Grey – are ideally suited to the farm’s hard hill ground and unimproved pasture, as they are not selective grazers and hardy, easy-calving, low-cost cows.

“We need to establish a measure of assessing our own performance. Waiting for the accountant to say we’ve made money at the end of the year isn’t good enough,” Ms Hogg stresses.

Various other steps have been taken to improve performance; predominately in terms of improving dam size, and thus calf size, at slaughter.

This has been achieved without compromising calving ease, by choosing Canadian and Australian genetics, which tend to produce larger animals. Bulls are selected by pedigree and chosen for good frame, quiet temperament, and good length and rear end.

They must also be free of bovine viral diarrhoea, infectious bovine rhinotracheitis and leptospirosis, and be Johne’s level 1 accredited.

A larger cow makes sense, as the farm’s land can carry heavier animals, while there is also a greater demand across all breeds for a larger, commercially sized heifer.

About 15 pedigree females are sold under the Beanley prefix annually and Blue Greys (Galloway cross Whitebred Shorthorn) are sold in-calf to an Aberdeen at Newcastleton.

All bullocks and any heifers below breeding requirements are finished. They predominately grade out at R4L, O+4L and O+4H.

Average steer slaughter weights have increased from 569kg liveweight (LW) and 322kg deadweight (DW) in 2007 – when the herd was predominantly Galloway – to 659kg LW and 358kg DW across all breeds in 2019.

Data has also highlighted that empty rates are higher than Ms Hogg would like, following the nine-week bulling period.

Ms Hogg believes this is likely to be linked to the fact they run a tight bulling period. It will also be influenced by less-fertile, older cows that are gradually being culled, together with a need for cows to acclimatise to increasing tick levels.

She is currently working with Joe Henry, a vet at Black Sheep Farm Health, to identify how they can make improvements in this area. This may include body condition scoring, semen testing bulls and looking at trace elements.

1. Have a cow culling policy
Rather than keeping cows until they don’t get in calf, have a culling policy in place to prevent you from keeping “passengers”.

2. Weigh cattle
Invest in weighing equipment and weigh at weaning as a measure of cow performance, once in winter and at turnout.

4. Average weaning weight
Weighing all calves at weaning is another essential task. “The real way to raise average weaning weights is to improve fertility and have more cows calving in the first three weeks,” says Mr Henry. This will give calves longer to grow and improve consistency of weights.