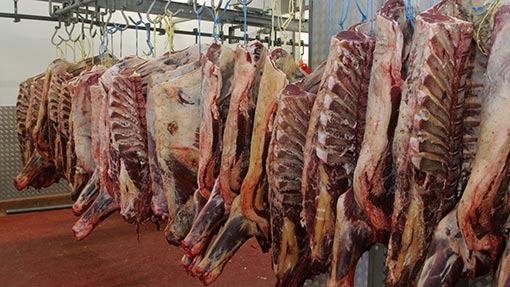 A carcass grading system used in Ireland has been introduced to the UK mainland. Jeremy Hunt looks at how farmers will benefit.

Replacing manual graders with new imaging technology can improve the way beef cattle are graded, with farmers eventually paid on the yield of different cuts.

Stuart Roberts, farmer and agricultural manager of ABP, says it’s not just a case of video image analysis (VIA) being able to improve the consistency of grading compared with the existing manual system.

“The real benefits are still to come. We’re going to be in a position to look at how we can change the way we grade carcasses and move away from the Europ grid.

“We will start to take in meat yield information and that’s when this piece of technology will really come into its own.”

VIA takes a 3D image of the carcass and, through the information obtained, is able to place that carcass into one of the points in the Europ grid in exactly the same way that a carcass is graded manually.

“It achieves that by a host of sophisticated electronics and calculations, but to me the big advantage is the approval process, which is very similar to that which a human has to go through.

“The monitoring process for the machine we’ve now installed in our plant at Perth will be more rigorous than that applied to human graders,” says Mr Roberts.

But he believes the next stage of what VIA can offer the beef industry will be the most significant.

“This machine cannot only very accurately predict meat yields, but also the meat yield of specific cuts – say rump or strip loin. So it will provide us with information about the size of those cuts in that particular carcass.”

Being able to assess this specific information has a clear and direct impact on beef producers. While it is information will undoubtedly be exploited in terms of its impact on beef breeding genetics, it will also mean the meat trade can use it as a payment incentive.

“We’re looking into the future, and instead of basing meat yield on the estimations of the Europ grid that we’ve worked with for years – a situation that has enabled us to assess the meat yield on an E carcass compared with a P – we also know that within each of those grades there is great variation.

“In years to come the VIA technology will be able to better define meat yield. In my view the Europ grid is out of date and this machine will give us the platform the industry needs to come up with a new and more efficient way of grading beef cattle.”

Mr Roberts says if the payment system changes, the information that can be obtained from image-based carcass assessment could be significant. “We will then be able to reflect to producers the real value of each individual carcass.”

Every VIA machine in Europe is calibrated in the same way, which ABP says ensures consistency.

But it hasn’t all been plain sailing for VIA technology. Although ABP’s installation of the VIA scanner at its plant in Perth is the first on the UK mainland, previous attempts in Northern Ireland some years ago encountered problems.

“There were some issues previously, but the machine we are installing at our Perth plant has been tested and trialled to the hilt.

“The Scottish government is monitoring this machine on a weekly basis – and that’s something that has never applied to the manual method of carcass grading.”

ABP says beef producers can be confident that if the same carcass was put through the VIA grading system every hour of every day of the year it would produce the same grading result.

“But even though consistency of grading improves with the VIA system, the other advantage to farmers will come when an individual challenges the way cattle have been graded.

“In the past it has never been possible to return the carcass to its original shape because it will always have been hip-suspended and hyper-stretched to improve tenderness.

“So if a producer wanted to challenge a grade, the carcass never looked as it did when it was graded. But with this technology there will now be a permanent record of how a carcass looked at the point of grading.

“Not only is that better for the producer, but it also gives us all the opportunity to share information more usefully for knowledge transfer between beef producers and the abattoir.”

Beef producers with cattle that have been graded under the VIA system will receive exactly the same information on their grade sheets as they have received in the past when cattle were have been graded manually.

ABP says it is very happy to provide images of a producer’s own carcasses to producers if they are interested in seeing the results of the VIA scan. The only difference in the information provided to producers will be the grid data will be more “sophisticated”, according to Mr Roberts.

“It will be the Europ grid but it will be the 15-point grid and not the five-point grid. Because the VIA system grades more accurately we want to reflect that in the way we present the grading results.”

ABP hopes that beef producers will be able to benefit from the new way in which carcass information is retrieved and believes it will be a huge benefit to the ongoing genetic research the company is funding with Scotland’s Rural College (SRUC).

“We want to be able to say to producers: ‘These are the carcasses that are giving us better meat yield or better sirloin’, and then be able to reward farmers accordingly for that. We are not there yet, but it’s something for the future.” 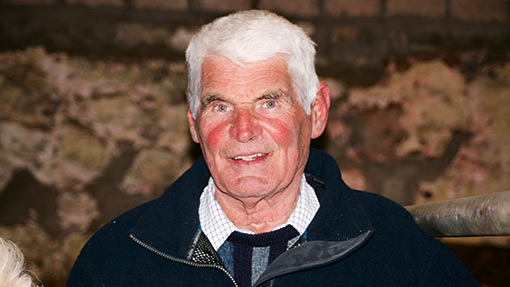 Renowned Scottish farmer John Cameron (pictured) from Fife still runs 200 Sim-Luing suckler cows at Balbuthie, near Leven, and has hailed the introduction of video image analysis (VIA) as a major step forward for the beef industry.

“The great advantage of this long overdue facility is it will provide a uniform assessment from one end of the country to the other,” says Mr Cameron.

He recognises manual graders are knowledgeable about their subject and have all received technical training, but says due to the very nature of their task they have to deal with a huge variety of carcasses from the beef and dairy sectors – all of which come from producers all over the UK.

“To achieve uniformity under these circumstances with any system involving a manual appraisal is almost impossible. And yet with most wholesalers making payments according to different levels of classification, it’s in the producers’ interest the industry achieves that uniformity for all carcasses,” he says.

“Apart from this obvious advantage of grading becoming uniform, it will also have a more precise effect on the eventual monetary result for any particular carcass. In addition, the system will be able to store images of the carcasses so that if any queries arise the evidence is there for all to see.”