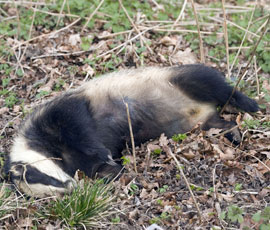 Final preparations are being made ahead of the start of the pilot badger cull in England, despite increasing pressure from scientists opposed to the cull and animal rights activists.

Farming leaders were engaged in a series of high-level meetings today (Monday 15 October) as the last bits of paperwork were due to be signed off.

Over the weekend, it emerged that more than 30 eminent animal disease experts had signed a letter in The Observer, rejecting the idea of the science behind the cull.

The letter described the cull as a “costly distraction” which risked making the problem of bovine TB worse.

The letter states: “As scientists with expertise in managing wildlife and wildlife diseases, we believe the complexities of TB transmission mean that licensed culling risks increasing cattle TB rather than reducing it.”

In a separate move, nine leading vets have written an open letter, headed by the Humane Society International (HSI) UK, to DEFRA and Natural England, calling for a stop to the planned cull.

The letter warns that free shooting of badgers “will inevitably result in the targeting of many pregnant sows and, if culling extends towards the end of the open season, could result in the shooting of lactating sows, leading to the starvation of dependent cubs”.

On Sunday (14 October), up to 40 animal activists linked to the Hunt Saboteurs Association (HSA) held a protest at Forthampton, near Tewkesbury, Gloucestershire. The protest is understood to have passed off peacefully.

The NFU said it was “undeterred” by some of the anti-cull campaigning and press and insisted that culling badgers was a vital part of tackling bovine TB in this country.

A spokesman said: “We want to get on quietly with the cull. We have got this far. It is a legal cull and we are going to make sure that we do it properly.

“The general feeling is that people are undeterred. It is just a few people making a lot of noise.”

The NFU, DEFRA and Natural England – the government agency which issued the culling licences to the two pilot areas of west Somerset and west Gloucestershire – remain tight-lipped over a start date for the cull. However, it is widely reported that culling will begin this week.

The NFU has accused the RSPCA of bullying after the animal charity told farmers they would lose their valued Freedom Foods status if they supported or allowed badger controls on their land.

Freedom Foods, a wholly owned subsidiary of the RSPCA, is a benchmark of high welfare standards.

NFU director of policy Martin Haworth said the union took this threat to its members “very seriously” and its legal team was examining the details.

“Questions should be asked of the RSPCA’s objectives. It fully supports culling as a routine practice for deer, for example, with 350,000 removed annually. The same goes for rats and rabbits,” said Mr Haworth.

“Have Freedom Food members ever been suspended on these grounds? In this light, we can’t help but see the Freedom Food letter on badger culling as hypocritical.”

DEFRA has insisted that culling badgers is necessary to control bovine TB, a disease which last year led to the slaughter of 26,000 cattle in the UK, costing more than £90m.

A DEFRA spokesman said: “Culling is only one part of the government’s approach. We are also strengthening cattle controls to reduce the risk of disease spreading between cattle and increasing surveillance. Vaccination remains a long-term goal and we are investing £15.5m in developing workable vaccines over the next four years.”