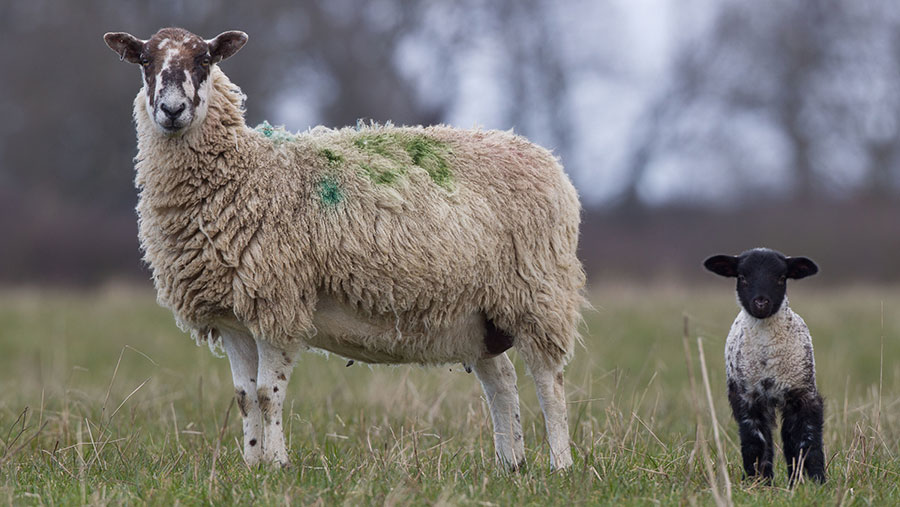 With temperatures finally forecast to rise, sheep farmers need to be aware of the risk of nematodirus.

A sudden increase in temperature will mean a higher risk of the disease and this poses a serious danger to February and March-born lambs grazing fields that carried lambs last spring.

This is according to the Sustainable Control of Parasites in Sheep (Scops) group.

The Scops nematodirus forecast is showing most lower lying areas of England are at “moderate risk”, which means they are within 10 days of a hatch.

See also: A guide to effective wormer use to stave off resistance issues

“The rapid change from the relatively cold weather of March and early April to the forecast for the second half of April means a mass hatch of overwintered nematodirus larvae is highly likely in some areas,” explained independent sheep consultant Lesley Stubbings who is involved in the Scops group.

“With such a challenging season to date, we are urging sheep farmers to check their nearest weather station on the website and assess the risk to their lambs, because reports of early cases highlight the variation in hatch date from farm to farm,” she added.

The forecast can be found on the Scops website. It is displayed on an interactive map updated daily using data from 140 weather stations.

Practicing vet Harriet Fuller has seen the first signs of nematodirus in Herefordshire.

She said: “I have seen evidence of infection on several farms this week and I would urge sheep farmers to keep a close eye on the forecast for their area and talk to their vet for advice on the local situation.”