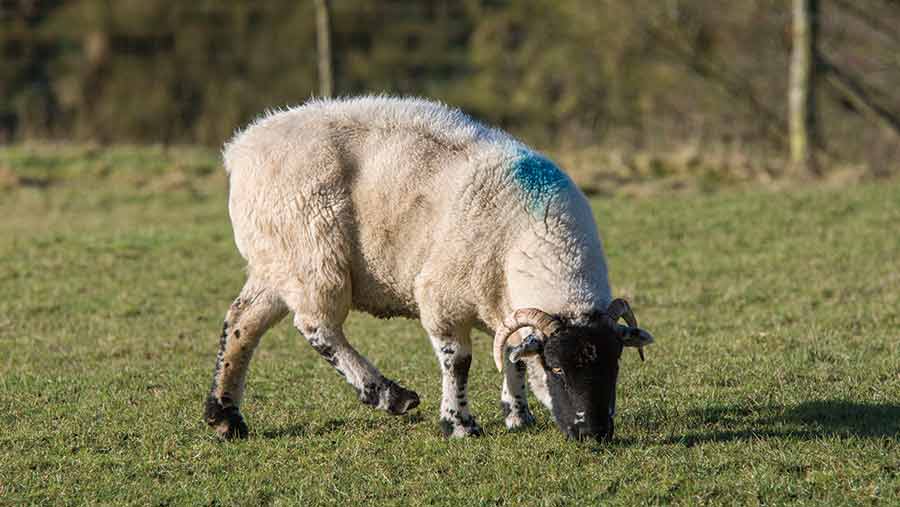 Over the past 10 years we have been investigating lameness in sheep and, in particular, footrot and scald, and have made some interesting findings:

In a recent study we compared two groups of sheep: Treatment and control.

Our treatment group of 350 ewes were turned within three days of becoming lame and those with footrot or scald were injected as above.

We did not trim the feet of lame sheep. Our control group of 350 ewes were managed in a way that is fairly typical, within 1-2 weeks of becoming lame those with footrot or scald were foot-trimmed and foot-sprayed with terramycin.

Treatment lambs were, on average, finished six weeks faster than lambs in the control group. We estimated that the 350 treatment ewes earned about £6 extra – even once we had accounted for treatment costs.

This might seem a lot of work. If you have a lot of lame sheep it will be at first.

So, to avoid having to treat a lot of lame sheep.

3. Separate out lame sheep on every possible occasion.

Isolate lame sheep whenever you can, it can be difficult, but at strategic times it is possible to separate lame sheep. Lame sheep can then be treated and those that do not respond can be culled.

4. Check the feet of sheep that you buy in and check whether the flock has CODD.

Should we be trimming feet?

Footbaths are not as effective in treating footrot because the disinfectant cannot get deep into the foot to kill the bacteria.

Clean, well prepared footbaths can be useful to disinfect feet before housing and to treat scald outbreaks in lambs, although keeping footrot low in ewes can prevent outbreaks of scald in lambs.

Some farmers have found vaccination useful in addition to the treatment above, particularly when a flock has high levels of lameness (15% or so). Vaccination can dampen the severity of disease.