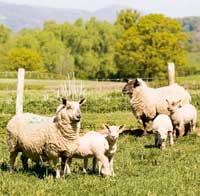 Sheepmeat production is likely to decline this year, before recovering in 2012, according to a forecast by AHDB Meat Services.

Beef production is likely to drop by 3% in 2011 and a further 1% in 2012, as high cereal prices limit the number of dairy-bred males kept for finishing. “In addition, the dairy and beef herds are expected to stabilise this year and into 2012. As a result, culling rates are forecast to fall.”

In contrast, a stable breeding sow herd and improved technical performance means pigmeat production is likely to increase by 1% this year, and 2% in 2012. “However, high feed costs may further impact on UK pig profitability, which may result in a decline in the breeding herd as producers leave the industry,” the AHDB report says.