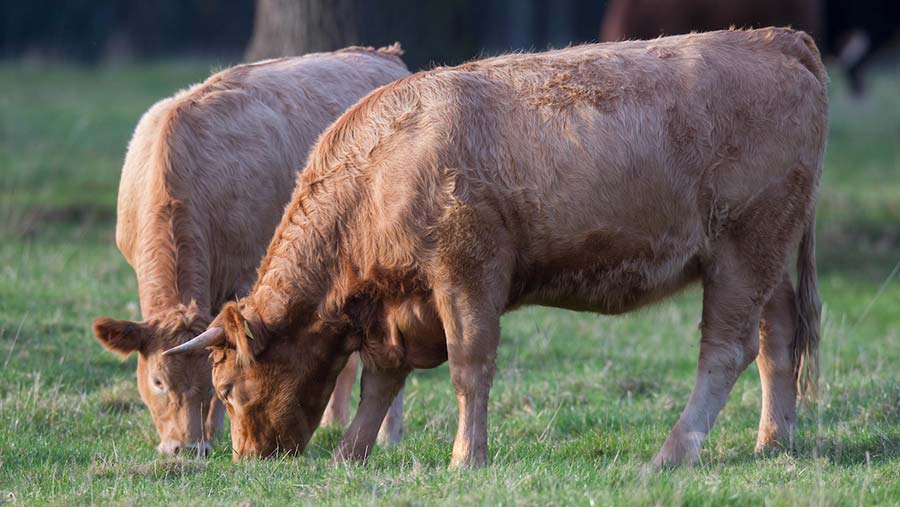 Phasing out Approved Finishing Units (AFUs) with grazing will cause serious welfare and cashflow problems for farmers, representatives of the beef sector have warned.

AFUs were introduced to provide a route for rearing, fattening or finishing cattle from farms under restriction because of bovine TB.

Defra revealed earlier this year it was looking to phase out AFUs with non-contiguous grazing as part of a package of measures to reduce the risk of spreading TB.

It has also proposed that operating licences for AFUs with grazing in any of the badger cull areas will be withdrawn after a year of culling.

There are two types of AFU which are approved by the Animal and Plant Health Agency (APHA).

One is without grazing, which is allowed in annual testing areas and cattle sourced from restricted herds must have a clear test within 90 days before they are moved.

AFUs with grazing are only allowed in annual testing areas where breakdowns with post-mortem or culture evidence of disease have been identified and the source seems likely to be from wildlife.

Cattle moved to an AFUs with grazing must also have a clear TB test 90 days before movement. The cattle must also be TB-tested every 90 days.

Once on an AFU, animals can only move to slaughter or to another AFU.

Chris Mallon, chief executive of the NBA, said AFUs with grazing were necessary to the UK beef industry as they provided a market for TB-restricted cattle that would “otherwise be worthless”.

Mr Mallon said: “Without AFUs these cattle would be further dispersed and the potential of disease spread significantly increased.

“There are a number of strict regulations and regimes in place to ensure that the risk of disease spread is as low as possible.

“Until the need for AFUs has dissipated we cannot phase them out as this could be catastrophic for farmers.

“AFUs will phase themselves out naturally without government intervention as TB reduces and the supply of restricted cattle evaporate.”

Bill Harper, chairman of the NBA TB Committee and an NBA board member, claimed the move would cause severe hardship to farmers and reduced welfare for cattle.

“There is no net gain in terms of disease risk and these cattle will either stay on the farm of its origin and be grazed in an overstocked situation or they will be moved to clean areas,” he warned.

Asked about the proposals to removed AFUs with grazing in cull areas in the House of Commons on 24 November, farm minister George Eustice said: