The supreme champion Drumraymond Mr Mole secured the top price of 5,500gns at the Blonde Society’s spring show and sale, held at Carlisle on Saturday. 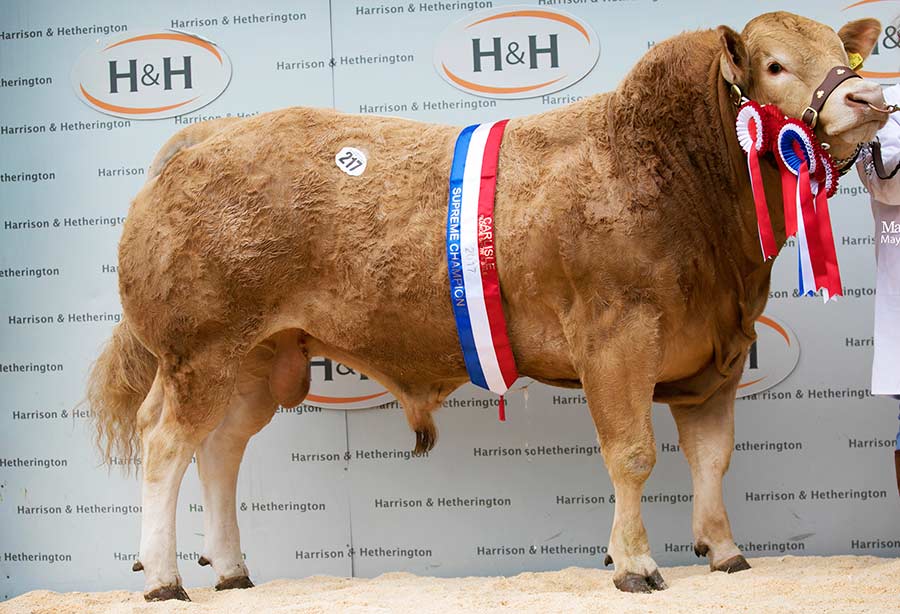 He was purchased by local Cumbrian breeder Mike Harrison for his Shapfell herd.

This October 2015-born son of Ardmore Gargoyle won second prize in his class at the pre-sale show and was purchased by local breeders D and SM Bradley for their Banks herd, Brampton.

Just shy of this and selling for 2,700gns was Hallfield Manuel from P Weightman and Sons. Sired by Blackwater Ainsley and out of a home-bred Doncombe Ayers Rock daughter, this January 2016-born bull was bought by WCG Holding Settlement, Cleator, Cumbria.

The second entry from the Silverwood stable went for 2,600gns.  Silverwood Murry, the youngest bull entry in the sale, is another son of Ardmore Gargoyle and out of the home-bred cow Irish.

Murry collected the second-prize rosette in his class and was purchased by JF Bowe and Sons, Calvo, Silloth.

The reserve supreme award went to the female champion of the day, Shapfell La Kinkyboots, shown by Mike Harrison, Shap, Penrith.  The 22-month-old maiden heifer is sired by Applecroft Earl and is out of Barningham Delilah.  She was sold to Messrs Scott of Orkney, for 3,000gns. 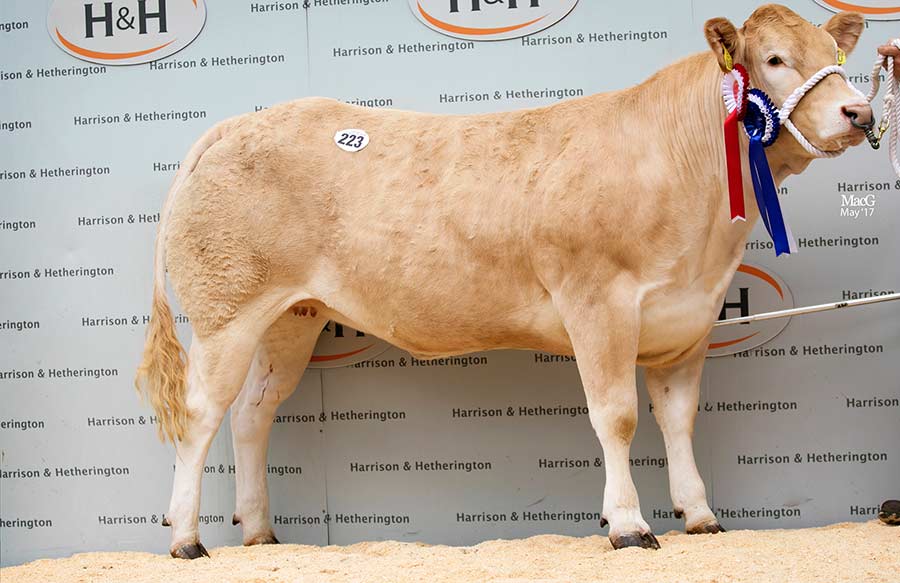 Mr Harrison also took the next two top prices with maiden heifers. At 2,500gns was Shapfell La Kit-Kat, which was also sired by Applecroft Earl and this time out of the Ark Diego daughter Shapfell Hi-Ho.

She was purchased by Alison Ellwood for her Ulverston based Harmony herd.

The reserve female champion, Shapfell Lady Karrie-Ann, sold for 2,400gns to BT Atkinson Ulverston, Cumbria. Lady Karrie-Ann was sired by Hilltop Giles and out of a Hallfield Roly Poly-sired dam.