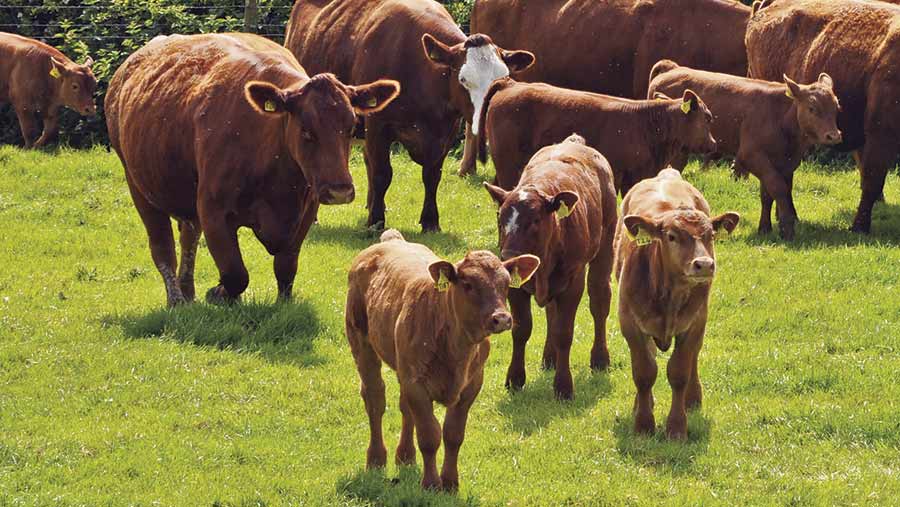 A Net Feed Efficiency EBV has been produced for Stabiliser cattle

The beef industry requires an urgent change of direction with emphasis put on breeding and feed efficiencies to counter the effects of continuing commodity price volatility and uncertainty over farm support following Brexit.

That was the message from Beef Improvement Group (BIG) director Richard Fuller at JSR Wold Farm near Pocklington, East Yorkshire, on 24 May.

He said the UK industry had been driven by Europ grading standards which had led to bigger but more inefficient cows compare to British native breeders.

Mr Fuller identified three key traits he said were critical to the future of the UK beef industry:

“For UK beef breeding businesses to offer farmers a sustainable future, we need tighter control of costs, more beef produced per hectare, and a final product that has the consistency of quality that keeps consumers coming back for more – time after time.

“Historically, UK beef production has become too reliant on bought-in feed, is on average very inefficient in terms of live calves born and reared per cow, and the final product simply does not compete for consistency or eating quality with the best in the world. 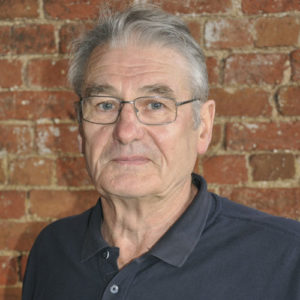 “It’s time for our industry to embrace the changes that are required to become globally competitive, without reliance on subsidies.”

Mr Fuller was one of six speakers at an open day to mark the culmination of a successful five-year research project that has resulted in the first net feed efficiency (NFE) estimated breeding value (EBV) in the UK.

The research project, which was funded by Innovate UK, has involved the testing of more than 1,200 Stabiliser bulls and finishing steers at a specially designed unit in East Yorkshire.

It has been managed by BIG with support from JSR Farms, Alltech/Keenan and SRUC and has culminated in the release of an NFE EBV (estimated breeding value) for Stabiliser bulls.

“The new NFE trait has good heritability (37%), so by selecting breeding cattle that are more efficient with a good NFE EBV, rapid genetic progress can be made, improving the prospects for any beef production system,” reported SRUC beef specialist Jimmy Hyslop.

Work will continue beyond the end of this project, with the Stabiliser Cattle Company continuing to support the NFE testing programme for each new generation of Stabiliser breeding cattle.  Other research and development work is planned, including a focus on carcass quality. 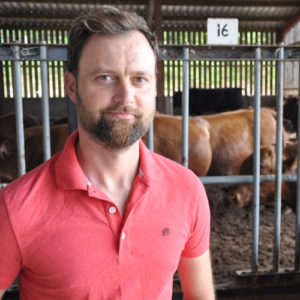 Dan Burling credits the Stabiliser as the reason the family business remains in beef production.

He farms with his brother Stuart as a partner in Burling Brothers, at Chain Farm, near Cambridge, and switched from Saler cross Continentals to Stabilisers.

“With Stuart taking care of our 550ha arable business, I needed to challenge convention to make the beef enterprise profitable,” he said. “The system we were running previously, breeding big Saler cross cows to continentals, and finishing bulls, simply wasn’t sustainable.”

He quickly realised that size – whether mature cow or finished carcase – was not the determining factor for a healthy bottom line.

“The first thing we noticed when we started using a Stabiliser bull on our heifers was ease of calving,” he recalls.

“Then we noticed how much more quickly the Stabiliser-bred bulls were finishing. The finished weights were lower, but with about a month less time on the farm we were as much as £100 a head better off.”

Dan benchmarks the business against the AHDB industry figures, with the herd now sitting comfortably ahead of the top third.

“Our cows average about 650kg mature weight, and falling, and the kilograms of beef produced per hectare is increasing all the time.”

Looking ahead, the aim is to continue to increase cow numbers, select for high NFE, and to stay ahead of the curve with genetics by importing embryos directly from the breeding programme in the US.

“I believe we are now producing cattle with the carcass traits and eating quality that the market wants, and – through the hybrid vigour that the composite breed approach offers – we have an easy-care system that is as profitable as any beef enterprise.”

Results revealed there was a 13% difference in NFE between the top one-third and bottom one-third of bulls throughout the trial.

This means that bulls in the top third ate 1.8kg DM/day less than those in the bottom third, yet achieved the same weight gain, typically saving £21 a head over 12 weeks.