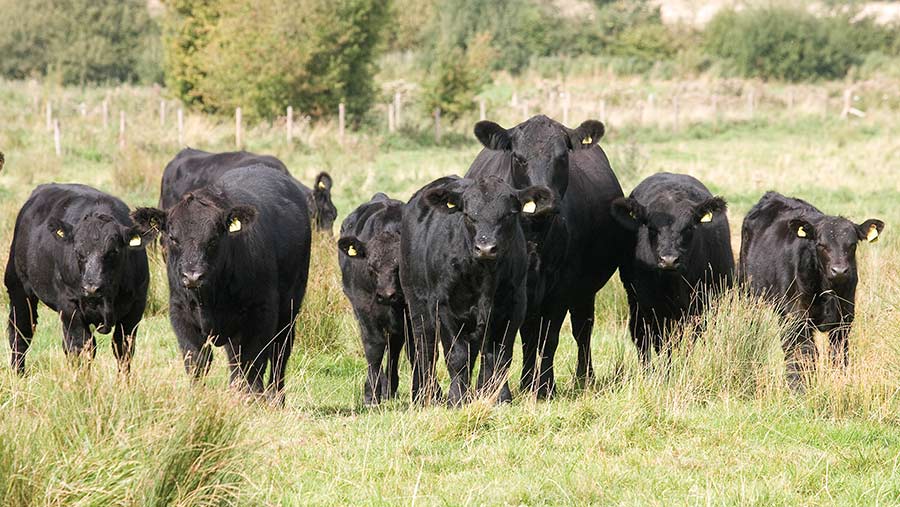 The past 30 years have been among the most challenging ever faced by British beef producers, with disease, food scares and public pressure forcing the sector to adapt to survive.

In 1990, the Christmas beef joint would most likely have been from a continental-bred animal that arrived at the table via a market, a small abattoir and a local butcher.

About 60% of beef was sold through high-street butchers, backed by a network of 779 abattoirs, explains National Beef Association chief executive Neil Shand.

That beef was likely to be taken from an animal over 30 months old. Many farmers believed it was impossible to properly finish a beef animal below that age, Mr Shand says.

Thirty years on and the numbers have changed dramatically. By December 2020, supermarkets had taken over retail sales with 85% of the market, while 550 independent abattoirs had closed.

The total UK beef herd has contracted. This huge transformation has been signposted by crisis.

“In fact, aside from the ongoing challenge of bovine TB, it’s three crises, one in each decade,” says Mr Shand.

The first was bovine spongiform encephalopathy (BSE) in 1996, when a government announcement linked the disease with rising numbers of the deadly human form, Creutzfeldt-Jakob disease.

Older cattle, at greater risk of developing BSE, were removed from the supply chain under the Over Thirty Months scheme.

Up to 1996 the growing trend was to use lean continental breeds, reared intensively to heavy weights on high-protein rations.

But when the disease spread was blamed on animal protein in feedstuffs it was quickly outlawed.

Consumers railed against intensive beef production and the sector changed over to traditional British breeds, with marketing efforts focused on a natural, grass-fed image.

Although overseas markets remained closed, consumer trust in British beef was steadily being rebuilt when, in February 2001, foot-and-mouth disease struck.

For many abattoirs the loss of trade was a death knell, accelerating a shift towards deadweight selling.

As the 2000s progressed, EU financial support moved from headage to area payments to reduce over-production, and money was siphoned off to fund environmental measures.

With support payments de-coupled, farmers were driven further towards added value through traditional breeds and to greater system efficiency, with more farmers moving to block calving.

By the time of the third major crisis – the horsemeat scandal of 2013 – the public saw British beef in a different light.

When DNA from pork and horsemeat was detected in frozen beefburgers, shoppers didn’t turn their backs on beef. Instead, they demonstrated trust and sought out assured, fresh cuts, Mr Shand says.

That confidence prompted greater buy-in from the supermarkets and seven of the biggest chains now stock 100% British beef on their fresh meat counters, he says.