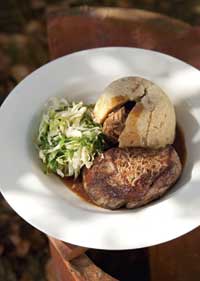 The Food Standards Agency has confirmed a second bull born from an embryo harvested from a cloned cow has entered the food chain.

The agency revealed on Tuesday (2 August) that meat from an animal called Dundee Paratrooper had entered the food chain in 2009.

It has now confirmed that meat from a second bull, Parable, also entered the food chain in May 2010.

The agency said it had traced all of the calves born in the UK from eight embryos harvested from a cloned cow in the US.

Four of these embryos resulted in male calves and four were female; all were the Holstein breed of cattle.

Of the four female cows, Dundee Paradise is alive on a UK dairy farm but the FSA has been informed that there is no evidence milk from this animal has entered the food chain.


The agency has traced two other cows but at present it cannot confirm whether or not milk from these animals has entered the food chain. Local authority officials are visiting the farms on which these animals are kept.

The fourth female calf died at less than a month old. No meat or products from this young animal entered the food chain and its carcass was disposed of in accordance with the law.

The agency has also been working to trace offspring from these eight animals although it stressed that at present any offspring will be too young to be milked or to be used for breeding purposes.

Read more on this story