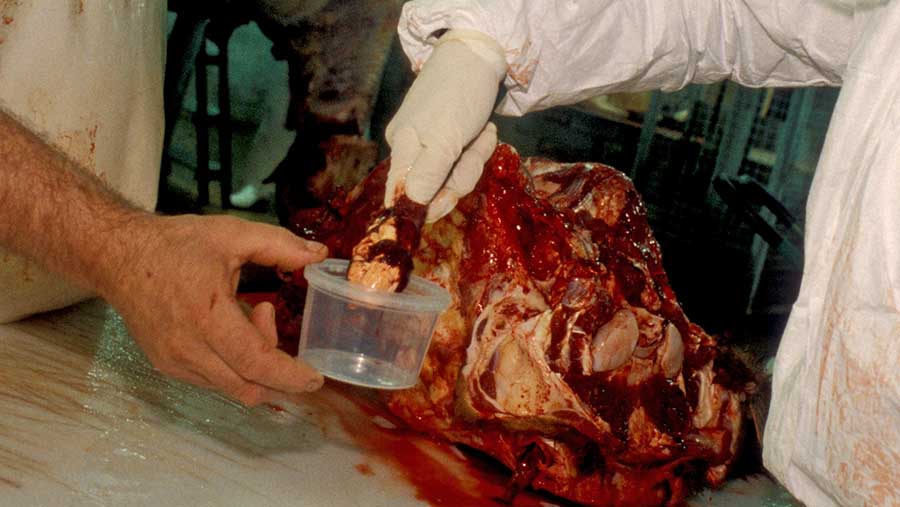 Exposure to old feed contaminated with bovine spongiform encephalopathy (BSE) is the most likely explanation for the continuing cases of the disease in cattle, EU scientists have concluded.

Incidence rates are now low. Out of 73 million cattle tested between 2005 and 2015, just 1,259 were found to be positive for the disease, spread across 11 countries.

And of these, just 60 were found to have been born after the EU introduced a total ban on meat and bonemeal in animal feed in 2001.

The EU commission asked the European Food Safety Authority (Efsa) to investigate these cases and their conclusion is contaminated feed is the most likely source of infection, given the infectious agent has the ability to remain active for many years.

“Cattle may have been exposed to contaminated feed because the BSE infectious agent was present where feed was stored or handled,” said a statement.

“A second possibility is contaminated feed ingredients may have been imported from non-EU countries.”

The scientists also looked at other plausible sources of infection, including maternal transmission, environmental factors and “iatrogenic” causes, whereby the agent could have been introduced via some other medical intervention.

But poor data collection, human recall and documentation made it hard to draw any conclusion other than that feed-borne exposure is the most likely cause.

This conforms with previous, much larger investigations in the UK and Ireland at the height of the BSE crisis, which concluded that feed was a “significant risk factor”.

The fact there were geographical “clusters” of BSE cases in the UK in the 1990s also supported this conclusion, though data also indicated some possible maternal transmission or environmental contamination.

The Efsa report also questions why many member states have had no cases of BSE since the 2001 feed ban and suggested this may be due to insufficient testing.

It also said there were deficiencies in the implementation of feed controls in some member states in the early days, which meant contaminated feed was still in circulation for some time after the feed ban came in.