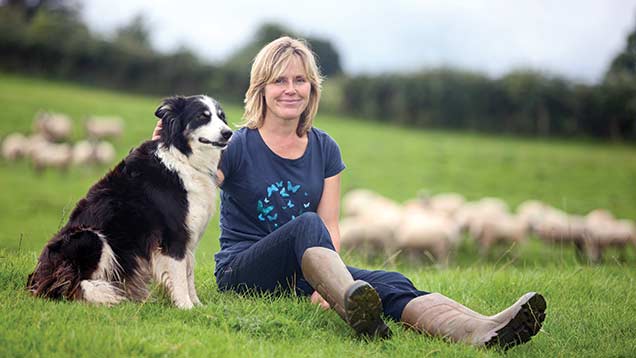 We have just returned from our annual visit to the Royal Welsh Show where David Cameron announced he will reduce red tape for farmers.

This is great news following our recent sheep inspection.

Those who have been through it will understand the stress levels involved, but following a five-hour inspection, we passed with flying colours.

When he arrived I asked (tongue in cheek) if there was going to be another inspection to inspect him, I was told that it was possible Europe might send in someone.

So, yes Mr Cameron, I think it’s a cracking idea.

We recently heard Tesco have taken another shipment of New Zealand lamb when ours is at peak season.

At the time of writing, with lamb prices at rock bottom, we are still awaiting a response from Tesco regarding its lamb-sourcing policy.

Although I understand how frustrated farmers are, when action is taken, we need to keep the public on our side.

At the end of the day, the consumer has the power to make change through informed choices and the majority are extremely supportive.

Showcasing our produce is what shows such as the Royal Welsh do well and supermarkets need to follow suit with well-labelled produce.

This is my last Farmer Focus article and I would like to thank you all for sharing our ups and downs, it is amazing how many people come and chat at markets and shows to put the world to rights.

Please continue to do so.

On a final positive note, my son Sam and his team mates won the British Tug-of-War Championships with Jim coaching them. Next stop, World Championships in September. Good luck lads.

Kate Beavan farms 200ha with her husband Jim on one of two family farms near Abergavenny, Monmouthshire. The main enterprises comprise 900 breeding ewes and 50 suckler cows.