Our industry has been shaped by countless influences – but which ones have changed farming forever? Charles Abel picks his big three.

War: The dig for victory

War transformed farming. Before 1939 the industry was at a low ebb, with mechanisation still in its infancy, leaving the many small farms to struggle with manpower and horses to grow just 40% of the nation’s food – 22m tonnes of food was imported.

As war loomed the government realised it had to get behind home-grown food and latched on to ploughing as the key to feeding the nation’s 48m mouths. While an acre of grazing land could feed 1-2 people, an acre of wheat fed 20, and an acre of potatoes 40.

The government paid £2 an acre to plough up grassland and, by 1945, 6.5m acres had been converted to arable. A once pastoral landscape had become a mixed farming industry. Local “War Ag” committees directed operations, using every resource available to maximise production. And it worked – wheat, barley and potato output doubled, there were 300,000 more dairy cows and 400,000 more fatstock, pushing food self-sufficiency over 60%.

But the juggernaut of change didn’t stop on VE day. Shipping problems saw food rationing continue until 1948 for flour, and 1953 for sugar. The drive for yield continued, with pesticides, artificial fertilisers and mechanisation all readily embraced.

The war’s legacy drove the 1947 and 1957 Agriculture Acts, giving farmers an unparallelled period of government support, stability and room for expansion. Commodity prices were guaranteed for up to four years, land drainage incentivised and capital investment in infrastructure and mechanisation supported. Output rose and farm labour dwindled. Modern farming had arrived.

Government-funded research was applied through a network of development farms and an army of National Agricultural Advisory Service advisers – all free. As farm incomes rose, farmers invested in new technology, plant breeding and livestock genetics. British farming set the pace for efficient agriculture around the world, all thanks to a sustained period of meaningful government support and the hard work of farmers.

BSE: The mother of all food scares

In December 1984 cow 133 at Pitsham Farm, near Midhurst, West Sussex, staggered, trembled and behaved erratically. It was the first casualty in Britain’s worst-ever animal epidemic and farming’s ultimate food nightmare. 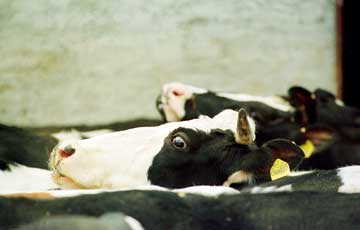 Bovine spongiform encephalopathy, or mad cow disease, infected an estimated 179,000 cattle, led to the precautionary slaughter of 4.4m animals and cost an estimated £5bn in consumer safeguards, compensation payments and aid to the beef industry.

The Phillips Inquiry found that almost two years of dithering by the Ministry of Agriculture Fisheries and Food meant up to 482,000 infected animals entered the food chain before BSE testing and the routine removal of brain, spinal cord and nervous tissue from all carcasses started in 1986.

So far 165 human deaths in the UK and 42 deaths elsewhere have been attributed to new variant Creutzfeldt-Jakob Disease, the human version of BSE.

Beef sales crashed at home and abroad, leaving a vast mountain of unwanted meat with EU intervention costs that almost brought the CAP to its knees.

The process of restoring confidence has touched every part of the industry, cost millions and taken over two decades to achieve. The arrival of the Food Standards Agency, to provide official oversight of the food industry, was just one outcome.

Farm assurance schemes for every sector, massive investment in on-farm compliance, Red Tractor branding and numerous education initiatives are others.

Buyers, processors, retailers and consumers now demand to know more about their food than ever before. The result? Probably the best field-to-fork information flow in the world and a huge upsurge in enthusiasm for British food, from British farms.

When Ted Heath took Britain into the European Economic Community, as it was in 1973, few imagined how its Common Agricultural Policy would transform UK farming. 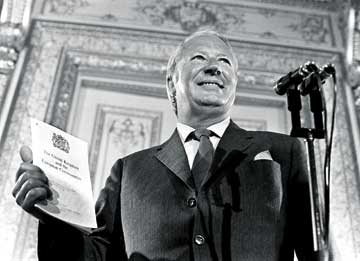 Initially the CAP brought a bonanza decade. It was the very foundation of the EEC’s policy, accounting for almost 60% of spending, bent on boosting production, stabilising markets and safeguarding farm incomes. Export aid, import barriers and guaranteed prices spelled a golden age for farming, fuelling an eager uptake of fast-moving technology and on-going investment in infrastructure and mechanisation.

But the cost to taxpayers rocketed. Over-production in the 1980s created grain, butter and beef mountains in intervention stores, and dumping on overseas markets. The CAP had to change.

First came milk quotas, in 1984, enticing many producers to get out, leading to fewer, larger farms. In 1992 the MacSharry deal slashed arable and beef aid and added compulsory set-aside in an effort to curb over-production. A move to area aid and headage payments meant farmers became form-fillers, increasingly farming to the diktat of Brussels bureaucrats.

The pressure was on and the rationalisation of UK farming accelerated. Smaller and less efficient businesses were squeezed out, with production moving into fewer hands, using less labour and bigger machines to boost output and cut costs.

Today’s hugely expanded EU, with 500m consumers and an $18.4 trillion economy, still has CAP as a major driver, spending €88.3bn from 2007-13 . But the focus is increasingly on environmental protection, rural enterprise and production standards – a far cry from the halcyon days of the 1980s.