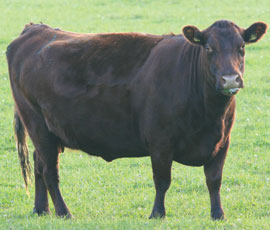 Red meat production was significantly higher in April than the previous year, with cattle, sheep and pig slaughterings all rising.

Increased availability is helping to boost beef exports, with fresh and frozen shipments totalling 12,000t in March – an increase of 50%, year-on-year. “The three main markets for UK beef – The Netherlands, Ireland and France – all increased shipment volumes during the month, up 61%, 34% and 85% respectively,” says the AHDB Meat Services UK Market Survey.

“Shortages in some markets has strengthened the demand for UK beef. In the first quarter of this year volumes to most existing markets are higher, notably there has been a 44% increase in shipments to The Netherlands.”

Imports in March fell by 7%, to 19,000t, with the first quarter of 2011 showing a 6% fall overall, to 53,000t. “This is generally the result of lower supplies in those markets exporting product to the UK and increased production in the domestic market.”