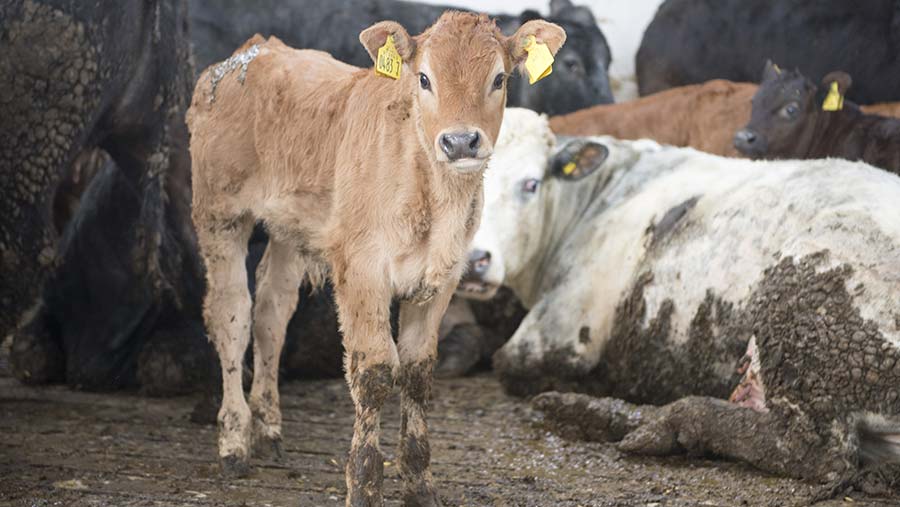 To improve herd efficiency they began calving at two in 2011. However, a lacklustre demand for smaller size heifers led them to establishing a suckler herd.

“You weren’t being rewarded for calving at two. Buyers wanted to buy three-year-olds because they were a stronger, bigger heifer.

“But I knew that in that extra six months I could have a calf on the ground and the cow back in calf again.”

David says initially he was nervous about calving at two but was pleasantly surprised with the results.

“They all calved themselves. In fact, I had more difficulty in the few that calved at 33 months. Overall, we have had very few calving difficulties from heifers calving at 22-24 months and no caesarians.

“It just shows it’s more to do with management.” 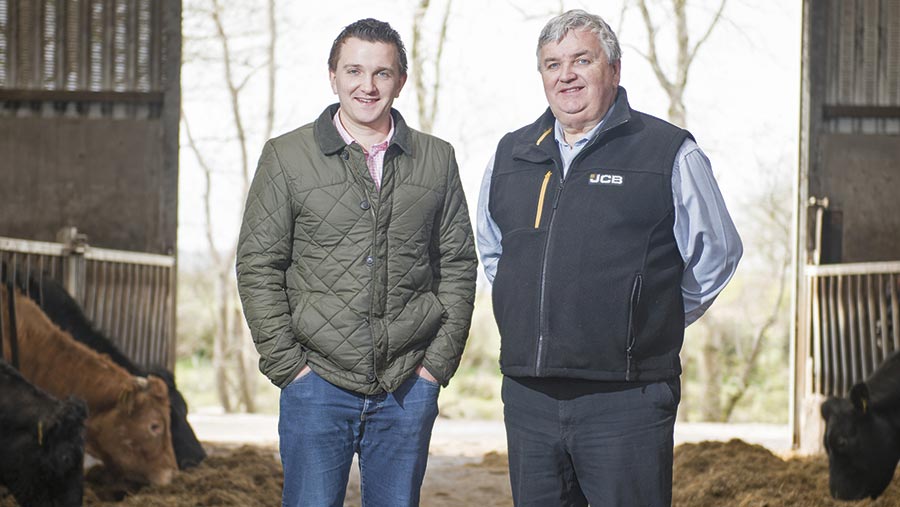 Cow nutrition and subsequent condition plays a big role in aiding good calving, says David, who is a vet and has just finished working on a beef synchronisation project for Agrisearch.

For this reason, he condition scores cows and groups them at weaning.

“Thinner cows get grouped together and will be fed 0.5kg of barley for about two months to help them gain body condition.”

Currently they calve in three batches – twice in the spring and once in the autumn.

For the past three years autumn calvers have been fix-time AI’d and if they fail to conceive they are turned in with the herd’s two Carnmorn Limousin stock bulls for four to six weeks.

However, David has also experimented with sexed semen on the heifers in this group.

In 2015, he AI’d the heifers to Simmental sexed semen (conception was 55%) to introduce some more milkiness into the herd and the cows were served to conventional Belgian Blue and Simmental (66% conception rates).

Typically, the spring calvers have always been bred to the Limousin stock bull for ease of management while at grass, but this year David will synchronise and AI them where possible.

“If a cow doesn’t get in calf she moves into the next calving batch. I’m trying to build up numbers so you can’t be too ruthless but at the same time I want to keep our blocks tight.” 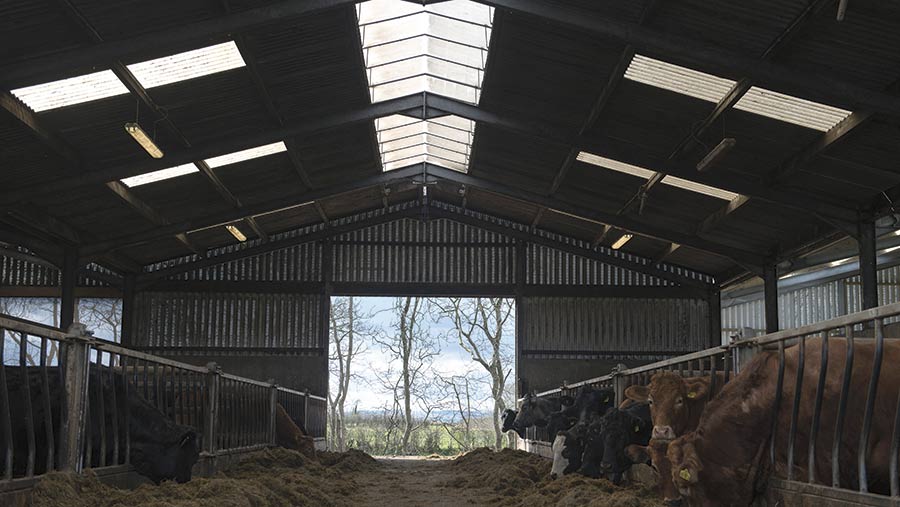 ‘Emphasis has been put on shed design to maximise ventilation, with light ridges installed in the roof to improve air flow’. © BillyPix

To help retain this tight calving and get more accurate calving dates animals served to AI are scanned five-weeks post service whereas those mated with the bull are pd’d seven weeks after the bull was introduced and again after one month.

At calving all cows – except for the late spring calving group – are fed a 1kg blend and 1kg barley per head per day as well as good quality silage to make sure they hold condition for the next service while they are suckling their offspring.

A sheer grab is used to avoid spoilage at the pit face and reduce waste.

Depending on ground conditions cows are turned out to grass from April to September/October, although the autumn calvers are brought inside earlier in August and calve indoors.

Calves are creep fed a good quality 18% crude protein starter pellet from one month old and transition onto a lower 16% crude protein blend at three to four months prior to weaning at nine months.

“By six months they will be eating 4-5kg daily,” explains David.

They also run strict health and vaccination protocols at calving and have paid meticulous attention to housing to ensure optimum conditions for mixed stock.

A big emphasis has been placed on shed design to maximise ventilation, with light ridges installed in the roof to improve air flow.

Cows are kept on slats but pens have creep gates to provide calves with a straw-bedded area and access to feed.

They have also spent £500 installing cameras in the calving pens. David says it has been money well spent because it allows him to keep an eye on close-up cows and newly born calves to see if they’ve suckled their dams.

Calves are sold at weaning at market. Although, for the past three years about 20% of calves have been sold direct to a finisher with a selection of males kept entire depending on the finisher’s requirements.