The top price of 11,000gns at the British Limousin Cattle Society’s (BLCS) sale at the Stirling Bull Sales on Monday (23 October) went to the April 2016-born bull Ronick Mckinley.

The sale leader from the Dick family of Mains of Throsk Farm, Stirling, is by the herd’s stock sire Wilodge Granville, a Wilodge Vantastic son, and is out of Ronick Grace. He was the only bull sold for a five-figure sum on the day. 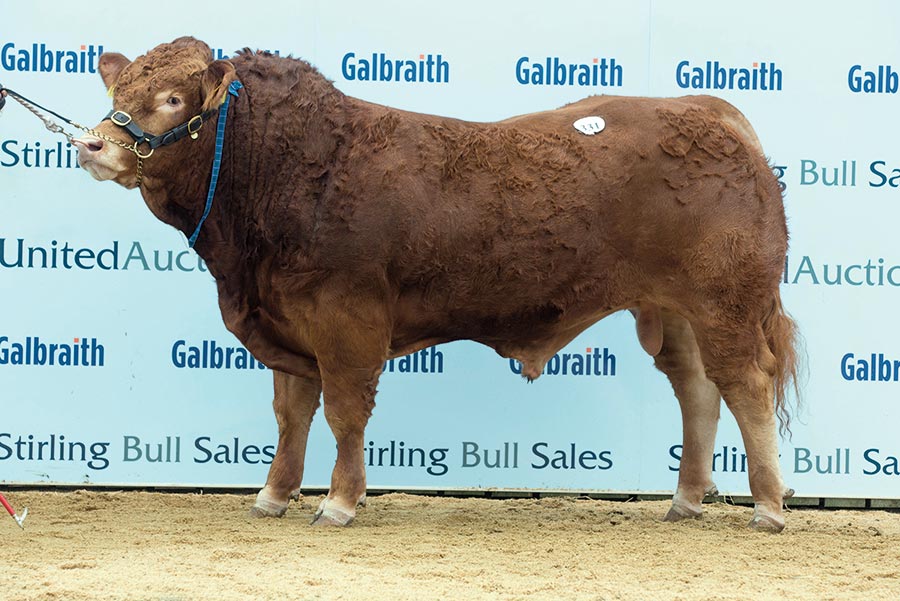 Commenting on the sale, BLCS chief executive Iain Kerr said: “While subsidies last, producers are making capital investments in the future of their herds and beef enterprises.”

The second-best price of the day, at 9,000gns, went to the pre-sale junior champion and overall reserve champion Whinfellpark Madora from Messrs Jenkinson, Clifton Moor, Cumbria, who was knocked down for 9,000gns.

Sired by Lowerffrydd Empire, the October 2010 supreme champion at Carlisle, and out of Whinfellpark Genevieve, the May 2016-born bull went home with W Nelson and Co, West Brackly, Kinross.

Two bulls were knocked down for 8,200gns. First was the December 2015-born Harestone Luke from Neil Barclay, Insch. He went home to A Sime and Son, Bruceland, Elgin. He is a natural calf out of Clarkton Via, sired by Crossdykes Hercules.

Second was another bull consigned by the Dick family, Ronick Montgomery. He was knocked down at 8,200gns to LD Carr, Rushden, Northamptonshire. The Stephick Hero son is out of Ronick Glossary.

The final bull to make 8,000gns was another bull from the Irvine’s Anside herd, Anside Lomnu, an Irish son out of Hidscales Ertha, who sold to the Smith family of Fallow Farm, Inverkeilour, Angus.

A small run of females also went through the ring on Monday, with eight of the nine consigned finding new homes. Topping the sale at 3,000gns was Goldies Meg from Brice Goldie. Sired by Goldies Fortress and out of Goldies Foxtrott, she was awarded pre-sale show champion. She went home with Mr and Mrs Irvine of Drummuir to join their Anside herd. 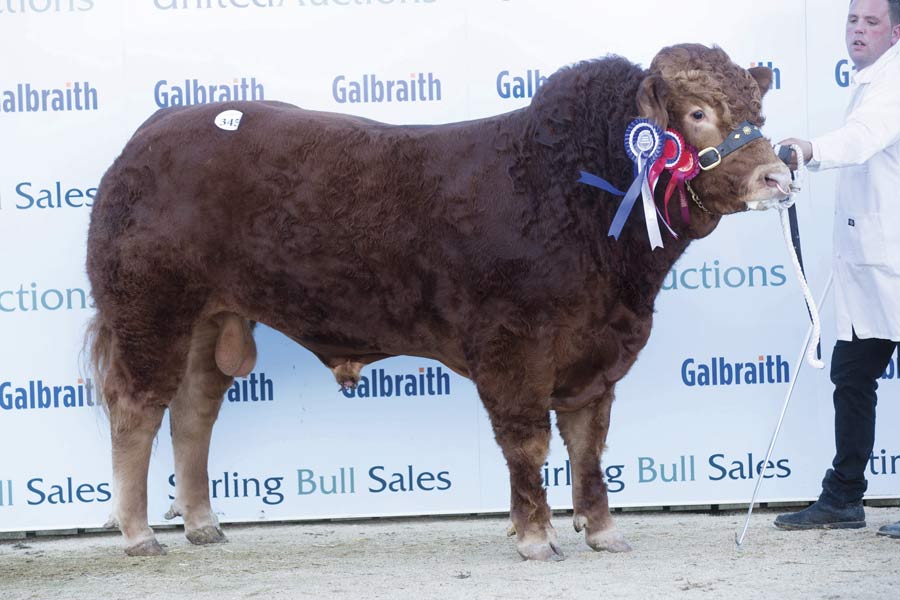 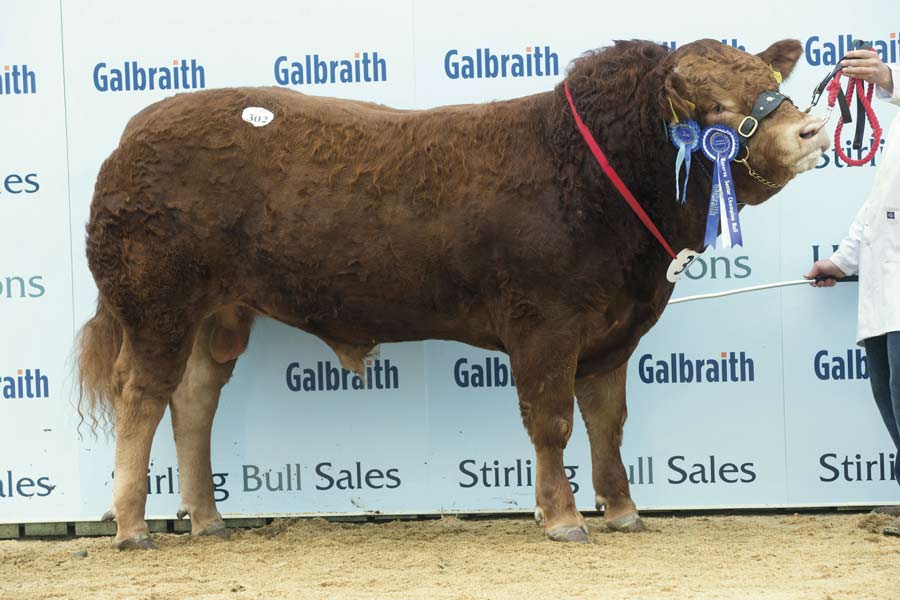 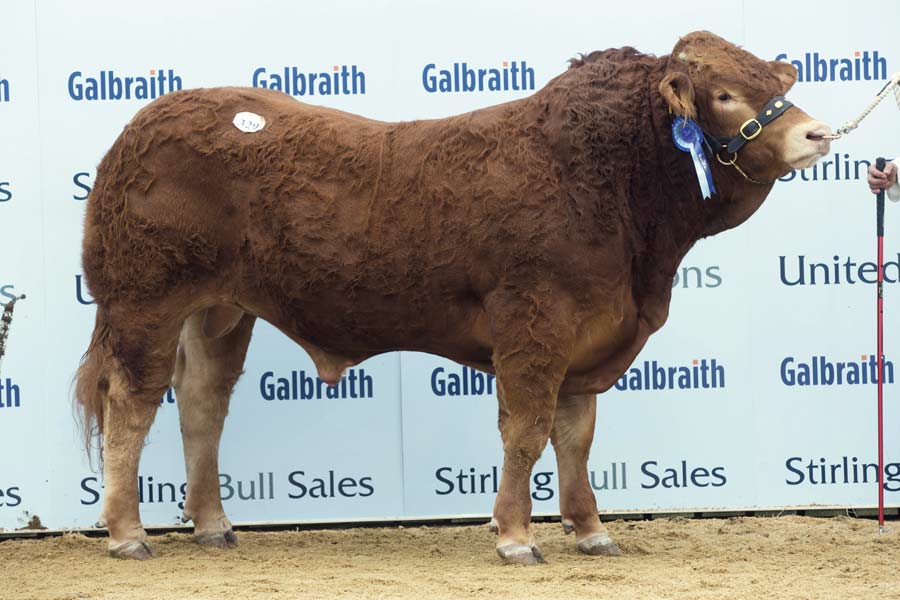 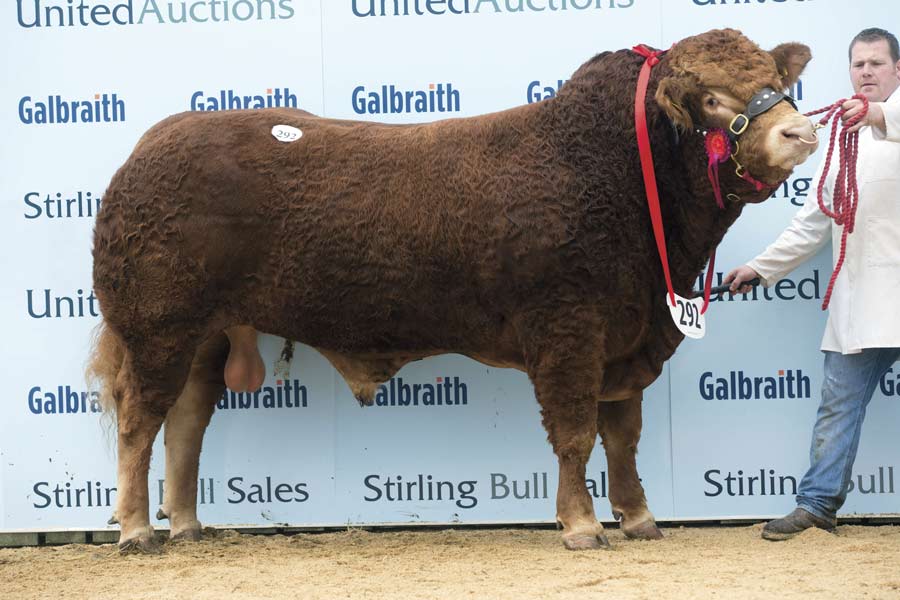 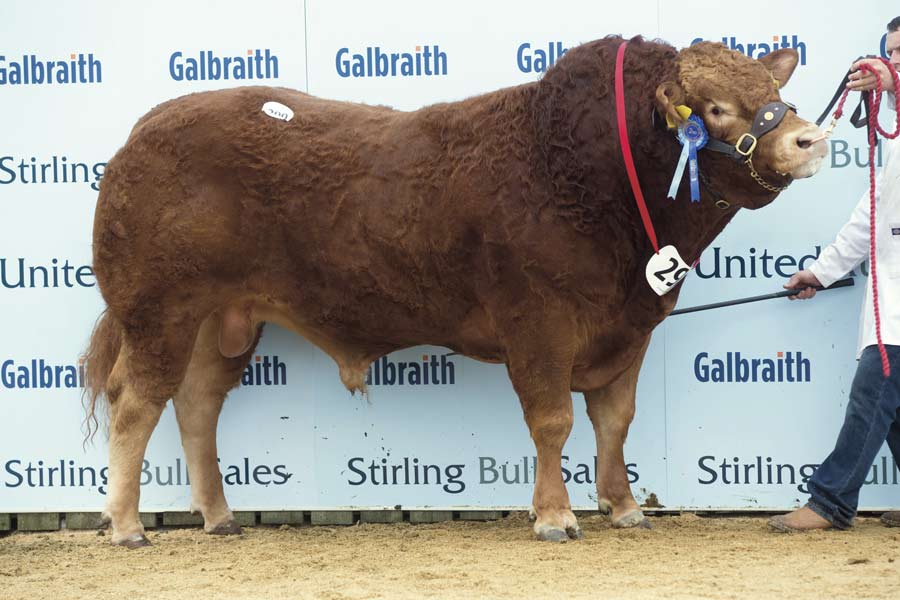