A Limousin bull has smashed through the six-figure barrier at the breed society’s May sale at Borderway Mart at the weekend (6 May), to become only the fourth bull from this breed making 100,000gns or more.

The bull, Ampertaine Mozart, is from the Ampertaine herd, Co Derry, owned by James McKay and was purchased by Procters Farm, Slaidburn, Clitheroe for 100,000gns (£105,000).

Seller Mr McKay said selling a bull at 100,000gns was an ‘unbelievable feeling’. “To sell a bull at 100,000gns is way beyond expectation. Mozart is a bull I’ve just loved from day one. He was very small at birth but was up and sucking straight away and just went on from there.”

Commenting on their purchase, Procters Farm’s farm manager said: “Buying a bull of this quality is another cornerstone investment in the future of the Procters herd. The sire Kype Orkney is a bull I’ve always liked and one I actually tried to buy back in 1999.

“Mozart himself is just full of class and along with his depth of pedigree has very good calving figures.” Back in 2006 the Procters herd became the first to pay 100,000gns for a Limousin bull when buying Haltcliffe Vermount.

The sale at Carlisle saw very strong trading with three bulls making 50,000gns of more, 47 bulls making 6,000gns and more and females topping at 42,000gns highlighting the depth in the trade.

Here’s a round-up of pictures from the top-priced lots. 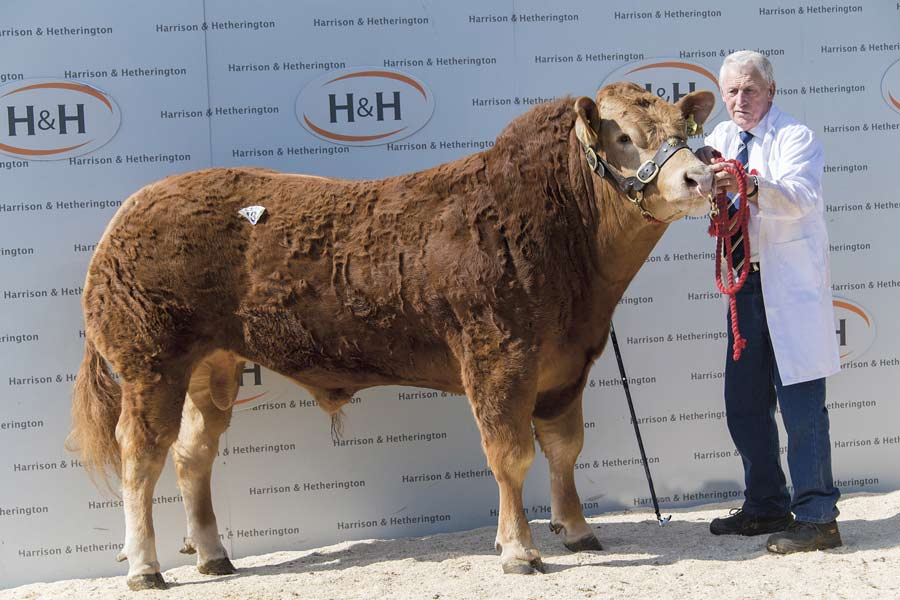 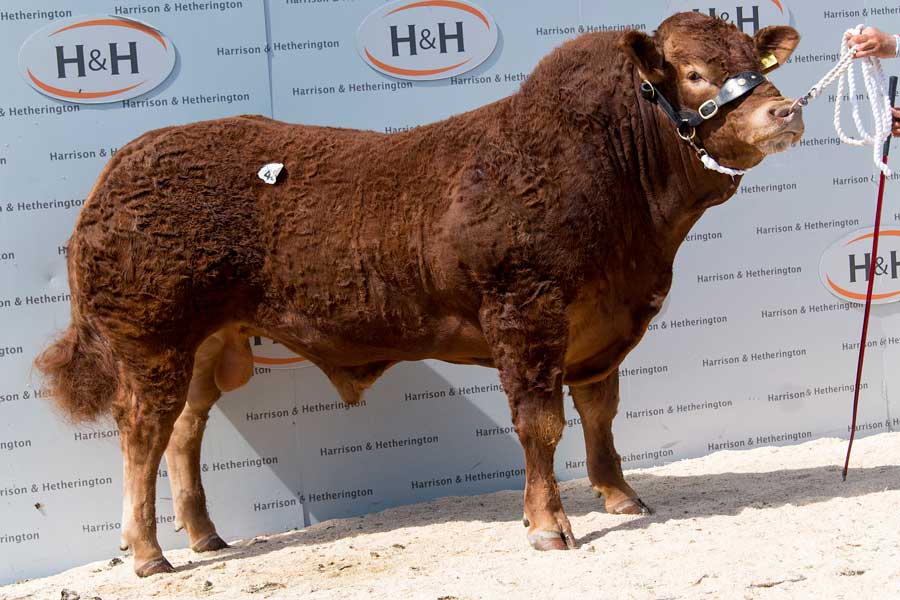 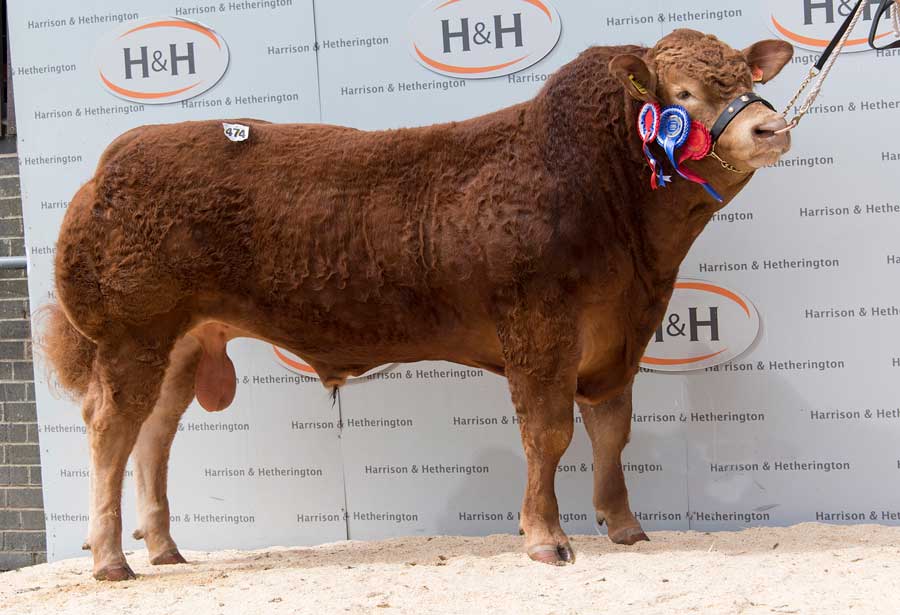 Michael and Melanie Alford, Devon were in the money making 35,000gns for Foxhillfarm Manhattan who went on to sell to Colin Lewis for his Garyvaughan pedigree herd at Buttington New Hall, Buttington, Welshpool, Powys © Wayne Hutchinson 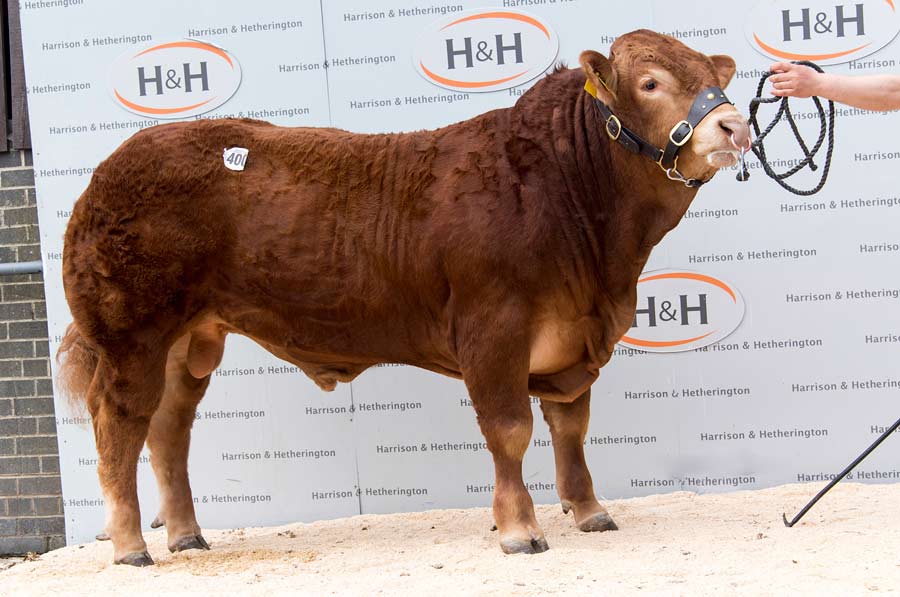 Procters Legacy from Procters Farm made 24,000gns when selling to RM Adam and Son, Newhouse of Glamis, Forfar, Angus for their Newhouse pedigree herd © Wayne Hutchinson 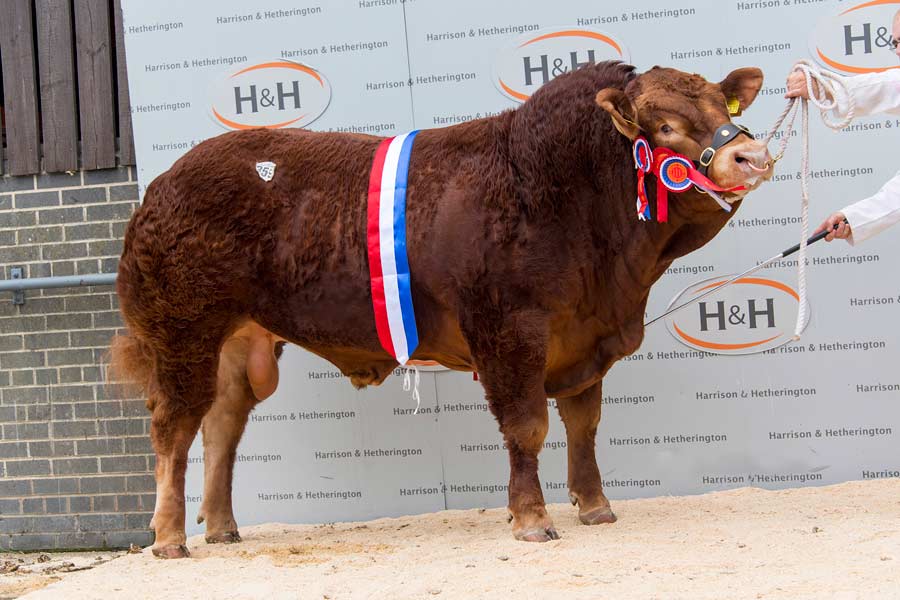