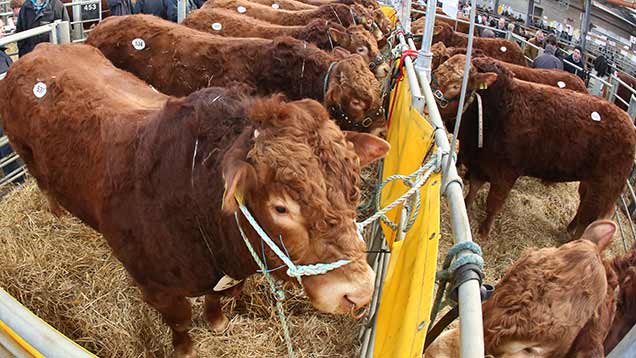 Read what others in the industry think about his comments and vote on the issue yourself.

We have to have a balanced approach. We have to embrace the evaluations we have been given. There’s credible evidence to show they work. EBVs are not smoke and mirrors. They are based on facts.

It is difficult for people to walk away from shows, because it is part of the whole beef cattle infrastructure. However, shows need to be more comparable to commercial reality. In the dairy industry I would like to see what they have in Europe – progeny shows. That can be more of a useful addition, because you’re getting a comparison within future daughters of bulls.

See also: Keep up to date with the latest show and sale news

We use showing as part of our marketing plan. I don’t go to win prizes. I go to sell bulls. However, I would like shows to get closer to commercial reality. We would never take two out of three of our best cows at home to a show because they are not big enough. Yet they are efficient, fertile, have great udders, legs and feet, but they would never win a show.

Showing has got no relevance in modern-day beef production. It is fine if people want to do it as a hobby. But it hasn’t got any commercial effect on my business. Animals that are shown are not the animals that are fit for the British cattle industry any more. At the moment there’s two tiers within a breed. The cows you show and the cows that commercially make money – they are not the same animal. Those traits in show cattle are not the traits proven for profitable beef production.

We don’t follow EBVs at all. The stock isn’t up to our standard. Cattle and sheep breeders are brainwashed by EBV figures. But the figures can be incorrect in the way they are recorded. We look at the whole picture. When I’m purchasing an animal I buy the animal I like by eye. I’m interested in the pedigree, the bloodlines and breed character – that’s not recorded on EBVs.

A real stockman knows if an animal has good muscle depth and growth by eye without having figures.

There’s no point keeping pedigree stock if you don’t like the look of them.

I’m using showing as a shop window for promoting and selling the animals I’m breeding. If no one went to shows, many farmers would never see anyone else’s stock. Shows are also educational for the public. They already don’t know enough. What is the next generation going to know about livestock [if shows stop]?

When you consider at the Royal Welsh we have 250,000 visitors through the gates, it is a fantastic shop window for Welsh agriculture. But one of our founding principles was to promote the latest science and innovation – we will have to remain true to that in the future.

What I’m keen to see Young Farmers do now is tell their stockjudging competitors to talk not just about the physical attributes [of an animal], but the genetic merits as well, to ensure it is fit for the future. We have to recognise the white meat industry is moving on quickly.

Give us your opinion – vote below: