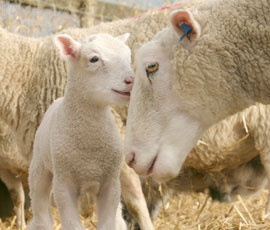 The increase in the number of farms reporting cases of the Schmallenberg virus has slowed, according to figures released by the Animal Health and Veterinary Laboratories Agency.

Just five new farms have reported the disease in the past 10 days, the figures show.

There are now 243 UK farms in southern England with cases of the virus – 28 are cattle herds and 215 are sheep flocks.

The disease is thought to have been spread by infected midges from continental Europe last summer.

That is reflected in the pattern of disease which has been at its most severe on sheep farms in the southern and eastern counties closest to mainland Europe.

An AHVLA spokesman said that the decline had been predicted to coincide with the end of lambing in these “at risk” counties.

However, the AHVLA has warned cattle farmers in particular, to continue to watch for symptoms of the virus in adult cattle, including fever, milk yield reduction, and diarrhoea.

In pregnant cattle, infection of the foetus may result in abortions, foetal malformations or stillborn calves.

Trevor Drew, head of virology at the AHVLA, said: “Although we are starting to see a slight drop in the number of cases in sheep, it’s too early to say we are out of the woods.

“We mustn’t forget that the disease also infects cattle and their pregnancy is twice as long as in ovines.

“Therefore, it’s possible that we will start to see more positive cases in bovine in the coming months, more likely in the south. We expect this period could extend to as late as May.”