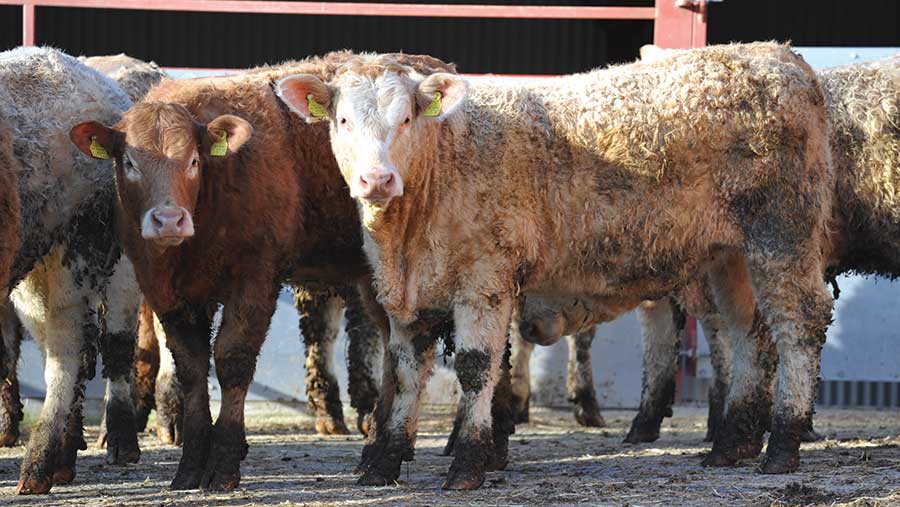 An upland suckler beef producer’s “two-step approach” to weaning is resulting in less stress on his calves.

Stress at weaning can cause a calf to lose up to 10kg/day, resulting in a significant effect on productivity.

Richard Tudor, who farms 292ha at Llysun, near Llanerfyl, Montgomeryshire, took part in a weaning trial with Farming Connect, a Wales-wide service funded by the Rural Development Programme and Welsh government.

The trial’s aim was to establish if calf distress could be reduced by eliminating suckling before weaning calves from their mothers.

See also: How a Welsh dairy farm has managed turnout after heavy rain 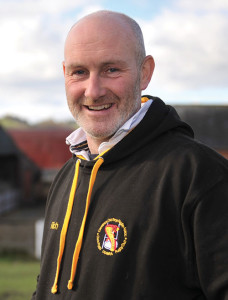 The nose-plate prevents suckling because it hangs down over the calf’s nose.

To test the efficacy of this approach, Mr Tudor allowed the remaining 50 calves to continue suckling.

Both groups had access to a 2-3kg ration of a cereal, sugar beet and soya blend daily.

The feed must be palatable, dust-free and contain high levels of digestible fibre.

Mr Tudor left the nose-plates on the calves for six days. He blanket-weaned all the calves on the same day.

The trial, which was also supported by the Asda Beeflink scheme, showed a marked difference in the behaviour of the two groups at weaning.

“The calves with nose-plates were much calmer. You could easily pick them out; they didn’t bawl and adapted very quickly to being away from their mothers,” says Mr Tudor.”

He observed that the cows were also less unsettled by the two-step weaning process. They were much quieter than the other group when separated from their calves.

The calves were able to readjust gradually to being separated from their mothers because they hadn’t been suckling. 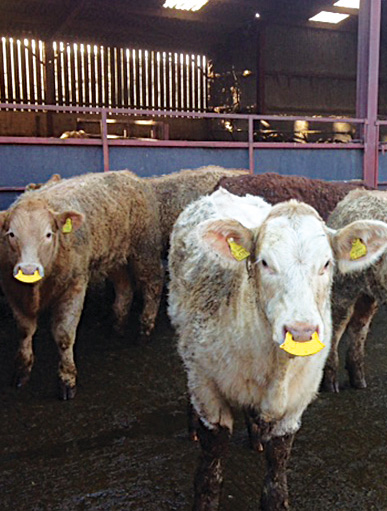 “Out of 50 who had the plates, six came out during the course of weaning but they worked well on the rest.”

When the plates were removed, the calves from the original groups were kept together for a period to allow some continuity.

Once they were settled, they were grouped according to breed and size.

Mr Tudor says because these calves were already used to a diet that didn’t contain milk, they adapted well to the feed ration.

Tight margins in suckler production mean that any improvements to cattle performance must be captured, says Mr Tudor.

“I am a big believer in marginal gains through attention to detail. Those little things that can be done to gain a few kilogrammes before sale will inevitably add value and improve returns.

“The nose-plates were not expensive at £2 each – and they can be reused. They are a good management tool and are easy enough to fit.’’

Mr Tudor, whose herd calves in a nine-week block from 15 April, plans to use the nose plates on his calves again.

Mrs Roberts says the advantages of the two-step weaning approach are likely to be enhanced further in weaning systems where calves are not housed.

“Research has shown that calves walk around less when the weaning process has been gradual, so if the calves are in a less confined space they are likely to spend more time walking around aimlessly and less time eating,’’ she says.

Farming Connect is a Wales-wide service funded by the Rural Development Programme and Welsh government. As part of a series, Farmers Weekly is visiting Farming Connect demonstration farms regularly to find out what projects have been undertaken and how it benefits performance.