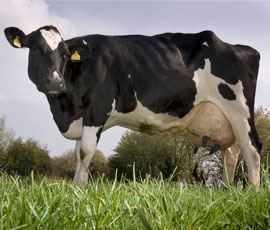 UK cattle farmers have been urged to be extra vigilant after a new viral disease of cattle emerged in northern Europe.

Since then, more than 80 farms in the Netherlands and 14 farms in Germany have been affected, according to DEFRA’s International Disease Monitoring report.

Although no similar reports of clinical signs have been made in the UK, vets are warning farmers to have heightened awareness.

Vet Carl Padgett and president of the British Veterinary Association said it was important farmers were aware of the clinical signs, particularly if they had imported animals from affected countries.

“Farmers should be extra vigilant where cattle have been imported or have been in contact with animals that have been imported. The symptoms are quite generic but this disease seems to affect a few animals, not just one. If you see any of the clinical patterns investigate it with your vet immediately.”

Clinical symptoms reported initially in northern Europe include fever, reduced milk yield, loss of appetite, loss of condition and in some cases diarrhoea, with clinical signs disappearing after a few days.

However, more recent reports of abortions and congenital deformities have also been reported following recovery of infected cattle.