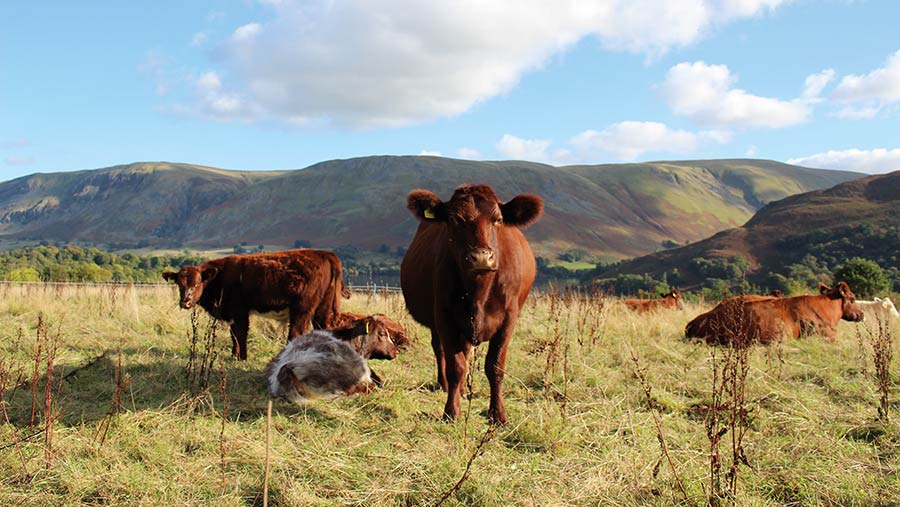 When Sam and Claire Beaumont first took on Gowbarrow Hall Farm, the only profit – of just £600 a year – came from the sheep enterprise.

Fast forward four years and the farm, in Watermillock, Cumbria, is making a net profit of up to £1,600 a head from its beef herd.

The flock of 600 Swaledales has gone, and the focus is on growing the herd of traditional Beef Shorthorn cattle, which now numbers 51-head.

The couple also chose to start practising regenerative farming and adding value to their produce by selling direct.

When they first took on the farm from Mrs Beaumont’s family, half of the grassland was let to local farmers. This left 49ha (120 acres) of meadow grazing and the remainder as rough grazing for the flock.

The sheep and cattle would graze the upper fields, and the meadow fields would be used to make hay and silage, with fertiliser regularly applied.

The sheep would then graze the aftermaths in winter, and the cattle would be housed.

The couple, who both have backgrounds in engineering, initially bred Mules, but they found the system required a lot of inputs such as feed and fertiliser, which were becoming increasingly expensive.

“We refer to buying in feed and fertiliser as buying in ghost acres. We felt if we continued on this route, we wouldn’t survive,” says Mr Beaumont.

“Plus, there are so many established farmers in the valley, we knew we had to try to create a niche. So, we decided to reassess our way of farming.”

This community interest company, of which Mr Beaumont is now a director, was set up by Ms Grindrod to help farmers produce food from upland areas while restoring ecosystems.

Together, they devised a new grazing plan to reduce reliance on subsidies. 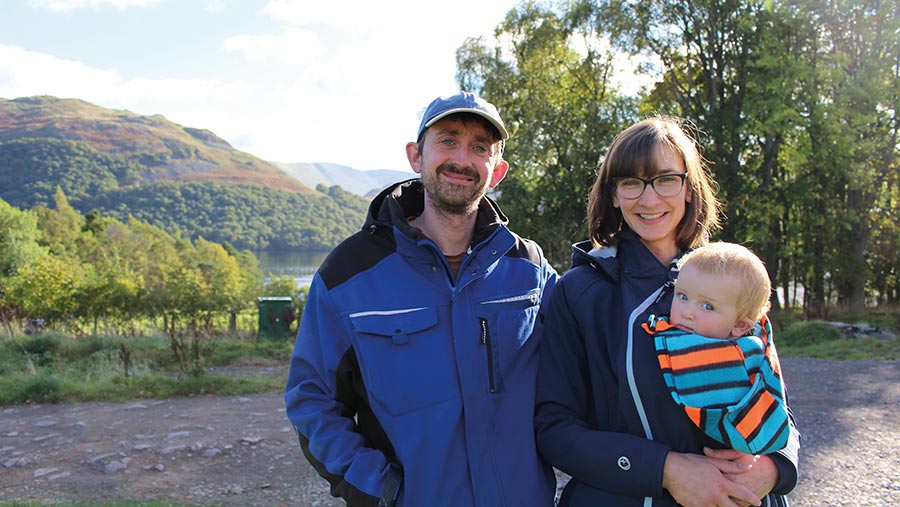 In spring and summer, the meadow fields are mob-grazed by the entire herd. The cattle graze the meadows from April/ May, just before calving, until December, when calves are weaned.

Following weaning, the youngstock remain on the lower meadows and the dry cows and store cattle move to the upper, winter block.

Here, they are outwintered with minimal hay from weaning in December until April/May, when they are moved back to the summer block for calving. The winter grass will be untouched by cattle all summer.

Electric fencing, powered using a solar energiser, is used to create paddocks of 0.4-0.8ha (1-2 acres). Depending on the time of year, grass growth, and size of the paddock, cows are moved every one to three days.

Each paddock is rested for 45-120 days, with the length of rest days increasing later in the summer to more than 90 days.

Water is provided by a mobile water trough, gravity-fed through a network of pipes installed when the couple converted a barn on the farm.

The benefits of the changes are already being seen in the soil and the farm’s profits.

In 2019, an ecologist surveyed the farm and categorised most fields as ‘improved grassland’, with at least two to three species of grass in each sq m.

When the same fields were assessed this year, they averaged between eight and nine species/sq m, and in one field, there were 14 species, which almost classed the land as ‘species-rich grassland’.

“We’ve been able to achieve this with no reseeding by just letting the cows graze,” explains Mr Beaumont.

Water infiltration rates have also improved substantially. Before any changes were made, it took five minutes for 200ml of water to enter the soil.

This year, the same area took just 14 seconds for 1,000ml of water to infiltrate.

Mr Beaumont adds: “We have deeper-rooting varieties such as cocksfoot, and these are helping to reduce compaction. They also helped during the drought this summer as the cattle still had grass to eat.”

Opening the ground on the rough grassland by grazing with a mix of species, including four Kunekdune pigs, is also helping to establish saplings.

“We see a lot of natural regeneration on this ground with trees such as alder. This is because the area isn’t being grazed in the summer.

“The trees will help to provide natural flood management by stabilising the banks of our watercourses,” adds Mr Beaumont.

Eventually, the plan is for the rough grassland area to become wood pasture. 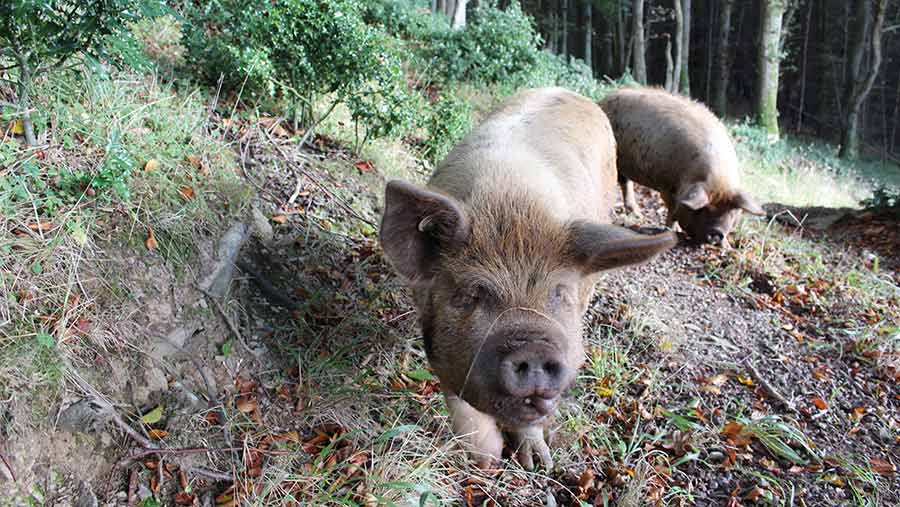 Cattle are also thriving. All the stock are finished off grass and the farm is Pasture for Life-accredited.

The only product the Beaumonts buy is a seaweed mineral to correct an iodine deficiency which was detected in a blood test. This is fed to cattle from February onwards.

Vet and medicine costs are also decreasing with fewer wormers and antibiotics used.

“Because of mob grazing and the pasture being rested, there is a lower worm burden, so we do not have to routinely treat adult cattle.

“However, we do conduct faecal egg counts to check and will worm the youngstock when needed. Fluke is still a challenge, so we do treat stock in the autumn.

“However, we are hoping that by resting the winter block, we will minimise fluke eggs. We are also looking at introducing poultry which eat the fluke’s host, the mud snail,” he says.

Beef is sold via a local butcher in Kendal or through the farm’s meat box scheme. Each animal processed is achieving a gross income of about £2,500 and returning a net profit of £1,200-£1,600.

Mr Beaumont says: “With the Basic Payment Scheme (BPS) being phased out and the uncertainty as to exactly how the Environmental Land Management scheme [ELM] will apply to an upland farm, it was essential for us to have an enterprise that makes a profit irrespective of any schemes. The beef cattle alone are achieving this.”

The Beaumonts are applying for more of the farm to be put into a new Higher Tier Countryside Stewardship scheme.

“We want a scheme to fit the farm rather than a farm to fit a scheme,” says Mr Beaumont.

Entries are open for the 2022 Beef Farmer of the Year. Does someone you know deserve recognition for their hard work? Give them the chance to shine at one of the best nights out in the farming calendar and help to boost their career.
Enter or nominate now