Overall averages were back £117 a head on the year at the Scottish Blackface female show and sale at Lanark on Saturday (24 February), despite a terrific 11,000gns call for an Auldhouseburn one-crop ewe.

It was ewes that saw another strong trade after lifting almost £400 a head on the year before. 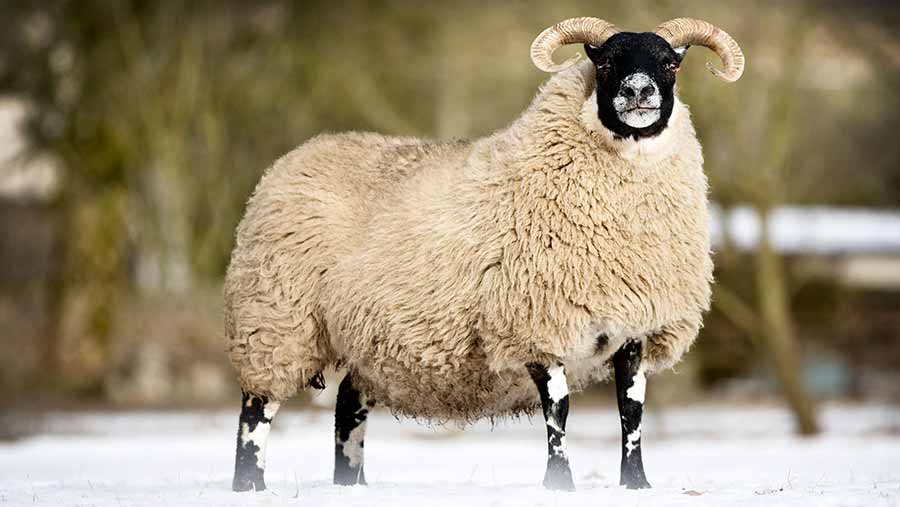 Ewe traded lifted on the year, strengthened by an 11,000gns bid for an Auldhouseburn one-crop ewe © Catherine MacGregor

The smaller ewe entry (18) saw trade rocket £603 on the year, topping at 11,000gns for Hugh and Alan Blackwood, Muirkirk, with a daughter of a £90,000 Blackhouse sire, which was knocked down to Paul Coulson, High Staward flock, Hexham.

Next at 6,000gns was a one-crop ewe from John and Charlie Harkin, Loughash, Strabane, going to Veronica Fullerton, Draperstown, County Londonderry.