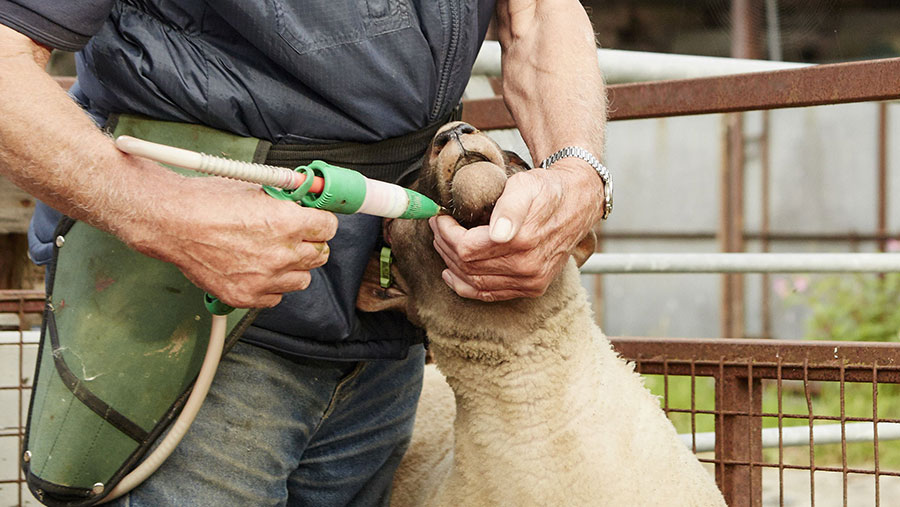 Blanket worming ewes at lambing gives no benefits to lambs and could be exacerbating anthelmintic resistance issues, say sheep health experts reflecting on the findings of an independent study.

The three-year trial found faecal egg counts (FEC) from lambs on ewes treated with short- or long-acting wormers were not lower than FEC taken from lambs reared on ewes given no wormer on 16 commercial farms.

The Animal and Plant Health Agency study was published in Veterinary Parasitology and funded by the Veterinary Medicines Directorate, adding to a growing body of research showing that treating ewes at lambing does not always result in lower level of infection in lambs.

Advice for leaving out wormers

Jane Learmount, lead researcher on the project said that overuse of anthelmintics is a “major factor” in the development of resistance

She said: “The bottom line is we could not demonstrate any clear benefit in terms of worm infection levels in lambs as a result of worming ewes on the farms studied.”

‘Money saving is a bonus’

Gareth Owen, Abbey Farm, Leicester, has monitored ewe egg output in the run up to lambing for several years and was involved in the study.

He said the egg counts had convinced him most ewes don’t shed many eggs. “Consequently, only our shearlings and the few leaner ewes are treated at lambing.”

He added: “I must be able to control worms in the long term and am not prepared to risk accelerating the development of resistance on the farm by administering indiscriminate ewe treatments simply because that’s what we always used to do. The fact it also saves us a lot of money is an extra bonus.”

Peter Baber, sheep farmer and Sustainable Control of Parasites in Sheep (Scops) steering group chairman, said farmers should “strike a balance” to minimise the risk of making worms resistant on your farm.

“With sheep farmers increasingly aware that worm control is no longer as simple as regularly using a wormer [anthelmintic], this is an important finding,” said Mr Baber.

“If you haven’t had resistance to one or more groups detected on your farm, chances are you know somebody who has and who is struggling with the consequences.”

Independent sheep consultant Lesley Stubbings of Scops said the findings verify recent advice to leave 10-20% of ewes untreated, meaning the message to only give wormer to sheep below ideal condition of immature shearlings can now be delivered with confidence.