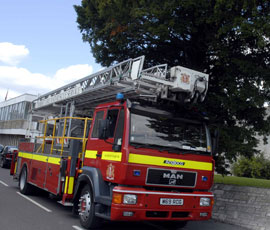 A fire has torn through a farm unit, killing 150 piglets and 18 sows.

Six fire crews were called to tackle the blaze at Corton Farm in Friar Waddon near Weymouth at 8.30pm on Thursday night (24 May).

The blaze gutted the farrowing shed where the sows had given birth to the piglets.

Firefighters could not rescue the animals as the building had been too badly damaged by fire. None of the pigs survived.

An investigation by Dorset Fire and Rescue Service is under way to establish the cause of the fire.