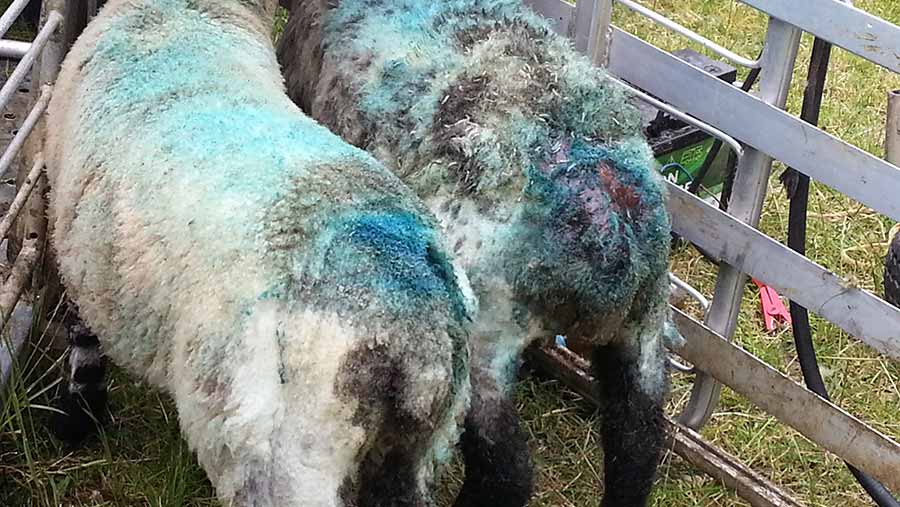 Spring fly strike reporting has now confirmed cases in Scotland, Wales and England, according to the latest flock blowfly alert.

Sheep farmers are being advised to look for the signs of fly strike as temperatures increase.

Fly strike has been reported as far north as Ayrshire this week (22 May), adding to a list of northern cases, including three in Yorkshire and one reported case in Cumbria.

This is according to the Elanco Blowfly Tracker, an online map automatically updating when farmers and vets report a fly strike case through the National Animal Disease Information Service (Nadis).

Nadis has given central and southern England a medium-risk blowfly status, along with the central Pennines, and most of Wales.

Scotland remains a low-risk area with northern coastal regions such as Anglesey, East Yorkshire, Cumbria and the Isle of Man.

The first reported cases were in Hampshire on 19 April, followed by cases in West Sussex, Devon, Buckinghamshire, Berkshire and Montgomeryshire later that month.

Despite the cold spring, the first reported cases were in mid-April, whereas in 2016 the first incident was in early May.