Increased interest and a busier sale ring was reported by Borderway mart at the second UK show and sale of Valais Blacknose as a small offering went under the hammer on Saturday (19 August), topping at 7,100gns.

Six lots made 3,500gns or more and rams levelled at over £2,800, topping with March-born ram lamb Westmorland Edward. 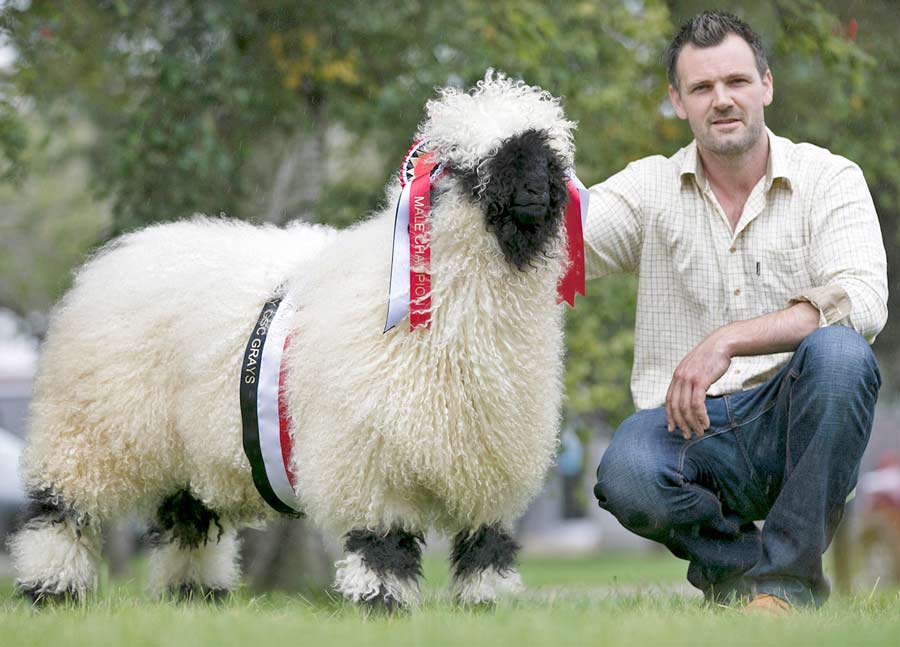 Westmorland Edward made 7,100gns to top trade at the second show and sale at Borderway © Catherine McGregor

He knocked down to Monmouthshire breeder Amazing Valais Blacknose Sheep, Earlswood, who snapped up four of the top five lots on the day and is from the Westmorland flock of Tim Dunne, Appleby, Cumbria.

Next at 4,500gns and topping female trade was the Prendwick flock of Jamie Wood, Alnwick, Northumberland, with February 2016-born Prendwick Dancer, knocked down to Amazing Valais Blacknose sheep.

Third best on the day at 4,200gns was Highland Duke, who went to Northern Ireland with R Beattie, Omagh, Co Tyrone. This April 2016-born ram was bred by Raymond Irvine and Jenni McAllister, Tomintoul.

Next at 3,800gns was January-born ewe lamb Prendwick Dandelion, also from Jamie Wood, knocking down to Monmouthsire breeders at Amazing Valais Blacknose. 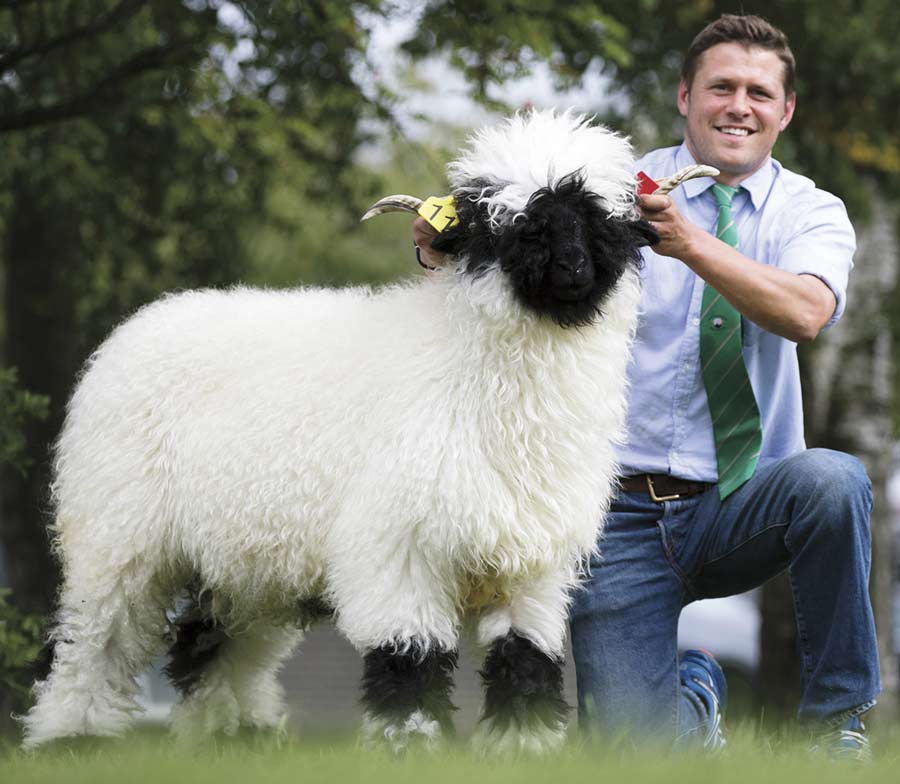 Another ewe lamb then went to the same bidders for 3,600gns. Westmorland Elsie was another fancied entry from Tim Dunne’s Cumbrian flock.

Next best at 3,500gns was March-born ewe lamb Highland Esther from Raymond Irvine and Jenni McAllister, which was knocked down to Elaine Boyle, Cloughoge, Newry, Co Down.

The same bidder then produced at 2,700gns call for December 2016-born ewe lamb for another consignment from Tomintoul, Highland Dusty.

Pedigree sales and marketing manager Heather Pritchard said the breed was gaining popularity. She said Borderway’s second show and sale had proven to have more breeders, interest and ringside buyers.