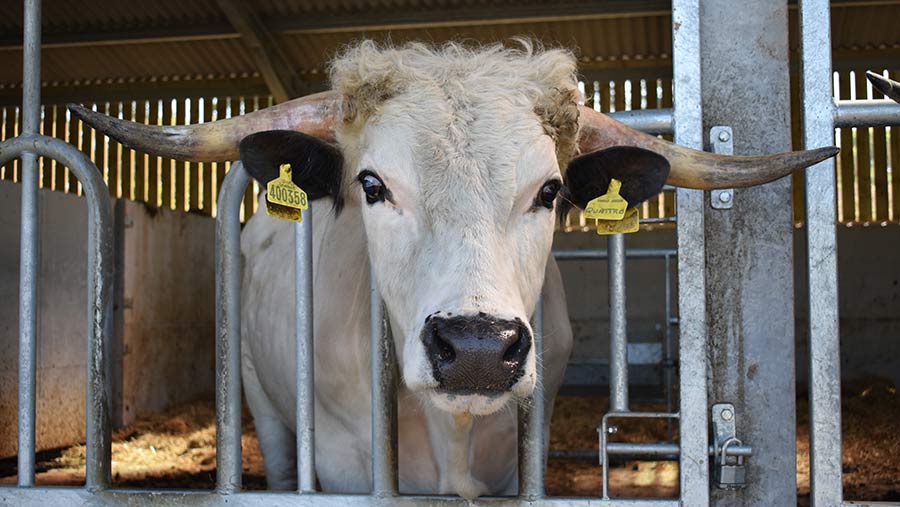 A new bull has arrived at the Dinefwr, Llandeilo, this week (31 May) in an attempt to save the rare White Park herd.

National Trust Wales (NTW) launched a campaign last year to raise £36,000 to buy a new bull and females to add to the herd at the Dinefwr estate.

White Park cattle have been at the property since 920 AD and with only about 750 breeding females left in the world, NTW are keen to preserve it.

Since the launch of the campaign, NTW has been racing against time to find the right bull to match to its ancestral cattle to keep the herd alive and serve cows this spring.

The new bull, Quattro, was released into the herd on Wednesday (31 May).

Characterised by their pure white coats and black noses and ears, White Park Cattle have lived at Dinefwr for more than 1,000 years and the new bull has the responsibility of serving a herd of almost 30 females.

Outside of their historic importance, the cattle are an integral part of the successful management of Dinefwr, conserving the land through grazing. 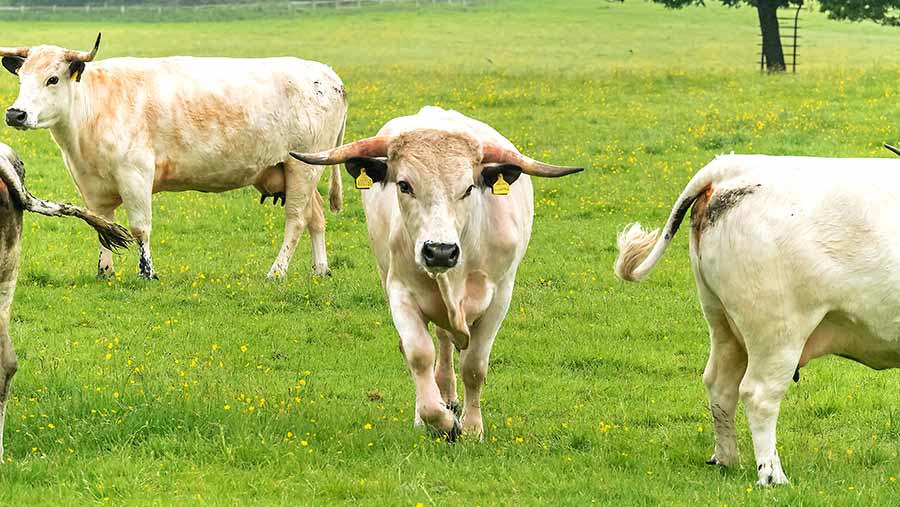 Quattro is expected to serve 30 of the herd’s females

The breed is ideally suited to the terrain so provides the most natural and effective method of managing the wildflower hay meadows.

The young bull is from a herd of White Park Cattle bred in Devon but his family history lies in Dynevor. 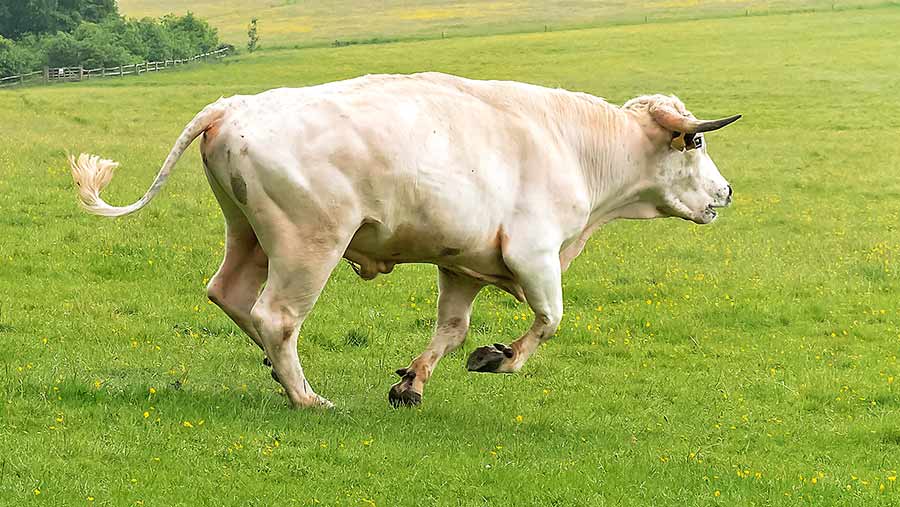 Quattro’s great grandmother, Dynevor Phoenix 4th’s painting hangs above the fireplace of the tearoom in Newton House and his grandfather, Dinefwr Ivan was reared on the land.

Unlike other White Park Cattle, Quattro has black ears but no black points, which means he is more likely to produce white calves than black ones.

Rhodri Thomas, who has been in training to take the reigns as head stockman, said: “The arrival of a new bull has been highly anticipated. To sustain the Dinefwr line, we were searching for a pedigree White Park bull and we are pleased to say we have found that in Quattro.

“It will take him up to four months to serve the whole herd and we’ll find out how successful he’s been next spring.”

With royal backing and contributions from the public, NTW are half way to achieving the £36,000 needed to ensure this special breed of cattle thrives at Dinefwr, along with the landscape and habitats it helps to conserve.

Find out more about Quattro and the Save the Herd campaign at Dinefwr.