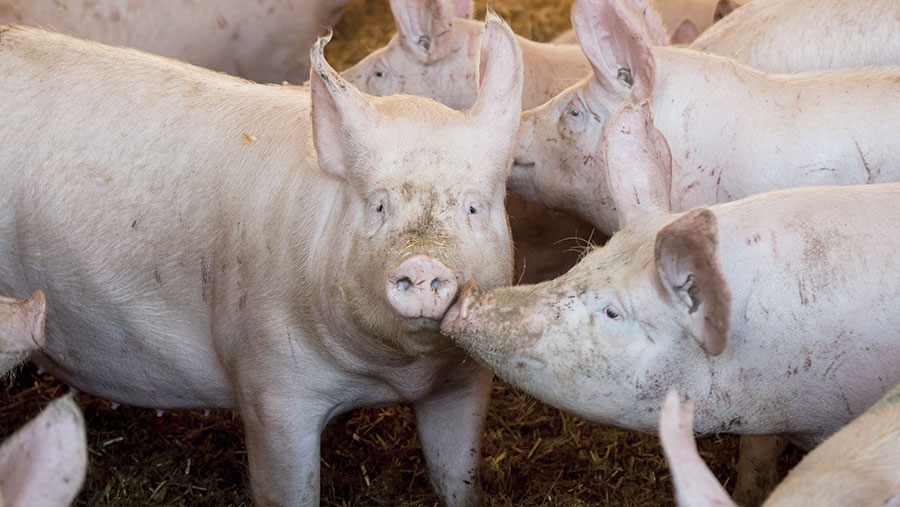 A stable price, improving performance and market demand are all painting a positive picture for pig production in 2018.

The UK pig market has been through a period of stability, but there are challenges amid the opportunities looking ahead, says AHDB Pork strategy adviser Mick Sloyan.

For the past 15 months, the pig industry has been in a stable position and, with the average price sitting above the 140p/kg cost of production, most producers have been in profit.

One reason behind that is the UK’s competitiveness in export markets. About one-third of UK pigmeat is exported and a weaker sterling – after the Brexit vote in June 2016 – increased demand for British product overseas.

Trading conditions have also been favourable in Europe and farmers have responded to buoyant prices by raising production.

They have done this, in part, by keeping sows longer, but also through improving technical performance by reinvesting profits in better health and hygiene regimes and updating housing and equipment.

In the UK over the past 12 months there has been an increase of about 0.5 pigs reared a sow a year.

The higher numbers achieved mean there has been a 1-2% increase in supply throughout Europe, while forecasts for the UK in the coming year suggest there will be 3-4% more slaughter pigs in the system. This will take UK production up to 10.6 million pigs.

Another factor in rising production is the continuing shift to heavier carcass weights, which now average 82kg.

The figure is up by about 0.5kg this year and the total output of UK pigmeat will be about 900,000t. Ultimately the rise in supply may start to put pressure on prices as 2018 progresses.

A major factor on the UK market is European prices. However, British produce trades at a premium and is currently about 16p/kg over the EU reference price of 144p/kg.

This looks set to be sustained because there is a strong demand for British pork, bacon and ham.

Another driver is the retailer commitment to home-grown produce here in the UK. “This is a great help and extremely welcome,” says Mr Sloyan.

“We have also enjoyed strong export performance to countries in Asia such as China and there are signs that this export demand will continue.”

Pig on a mission

One thing for pig producers to keep an eye on is the brewing trade war between China and the US.

The American government imposed trade barriers on certain Chinese imports and China has responded with a 25% tariff on a number of agricultural products, including pork.

It may prompt China to switch suppliers, which in turn could allow the UK to gain more market share – or at least stabilise the EU price.

“Increasing trade with China has also been in the forefront of people’s minds with Brexit looming,” Mr Sloyan adds.

“China and other third country customers represent a big opportunity for UK pigmeat exports and there is a considerable amount of work going on behind the scenes.

“This is focused on maintaining existing bilateral trade deals that the UK has negotiated – such as with China – and having access to existing EU free-trade agreements, with Japan,  for example, when we leave.”

A fairly immediate risk to a destabilised pigmeat price in Europe is the virulent pig disease, African swine fever.

The virus is present in eastern European countries and it is getting closer to the borders of Germany – the EU’s largest pig producer.

If it spreads to Germany, China will ban imports immediately and that would pull down the EU average as supplies left in Europe increased rapidly.