Averages lifted again (+£262) for Charolais bulls at Carlisle on Saturday (12 May), where a smaller yarding of cattle met an average of £5,420 and five lots made five-figure sums, with the Balmyle herd producing the two top calls.

Neptune is by the 28,000gns Brampton Nacodar and out of Bathayock Diplomate daughter Balmyle Image. He was knocked down to Will Palmer and Son, Truro, Cornwall. 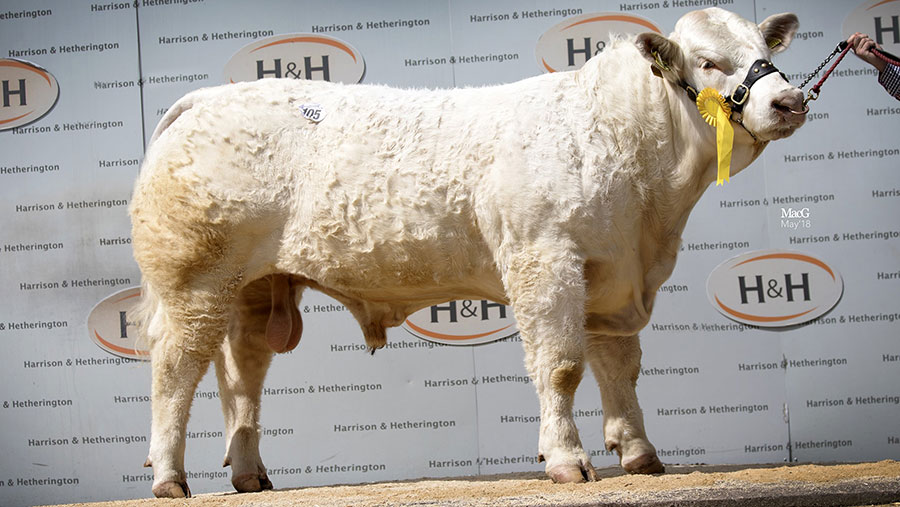 Balmyle Neptune topped trade with a 13,000gns call from Cornish breeders Will Palmer and Son

Next at 11,000gns, also from Mr Bruce, was Balmyle Nugget, selling to Mark Ross, Gorebridge, Midlothian.

Nugget is out of a dam by the 20,000gns Balmyle Magnate and by the 31,000gns Whitecliffe Highlight. 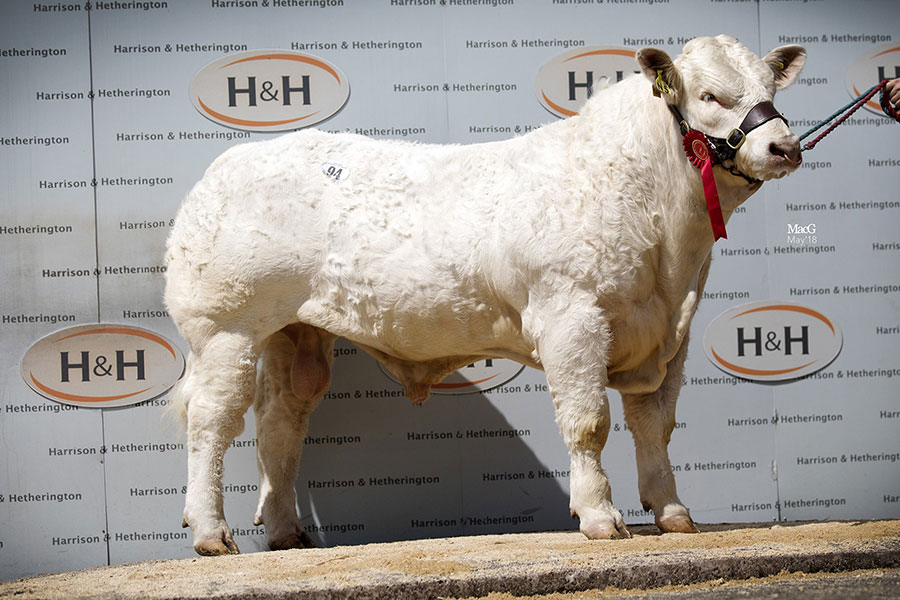 Three then made 10,000gns, the first being Elgin Marvel from Roy and Matthew Milne, Lhanbryde, Elgin. He was bought by AJ MacGregor, Lockerbie, Dumfriesshire.

He is by the 14,000gns Westcarse Houdini and out of Edenhurst Cognac daughter Elgin Isobelle. 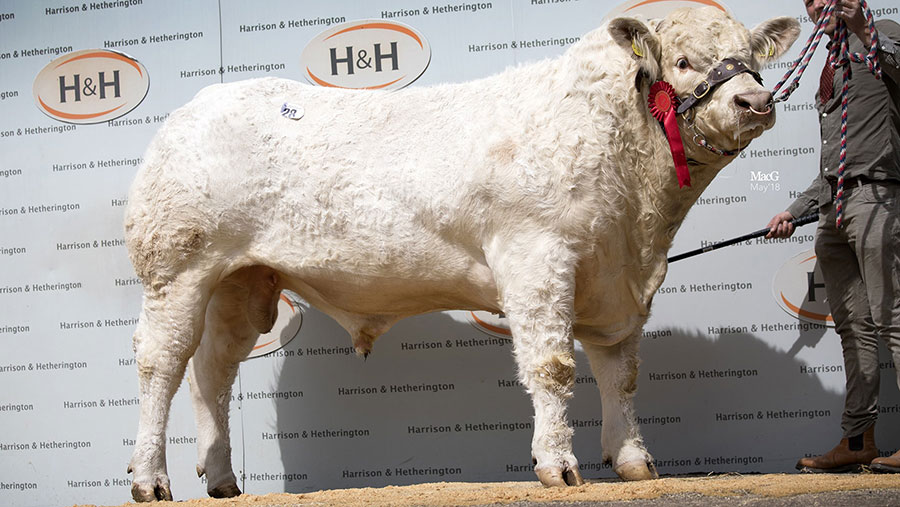 Elgin Marvel from the Milnes made 10,000gns

He is a January-born son of the 30,000gns Dingle Hofmeister and out of Alanfauld Empress, a Harestone Tyrol daughter and caught the eye of DG McKenzie , Aberdeen. 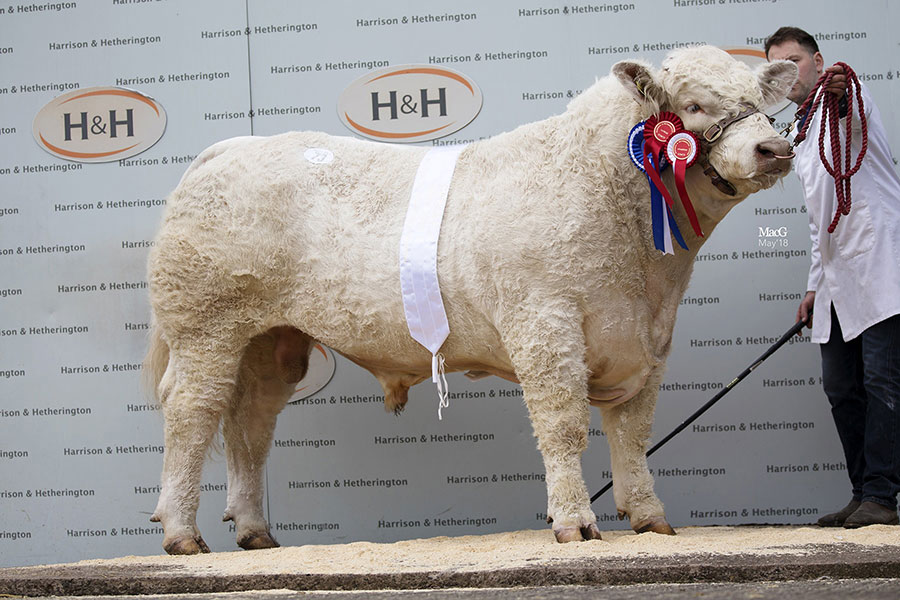 Allanfauld Napoleon made 10,000gns, knocking down to DG McKenzie, Aberdeen

Nimbus is another Westcarse Houdini son out of a Balnuith Universe daughter.

Also at 10,000gns was Mornity Nimbus from Charles McCombie

Three then followed at 9,000gns from the Caylers, Tweeddale and Sportsmans herds. The youngest bull on the day, Silvermere Nolimit, knocked down for 8,500gns.