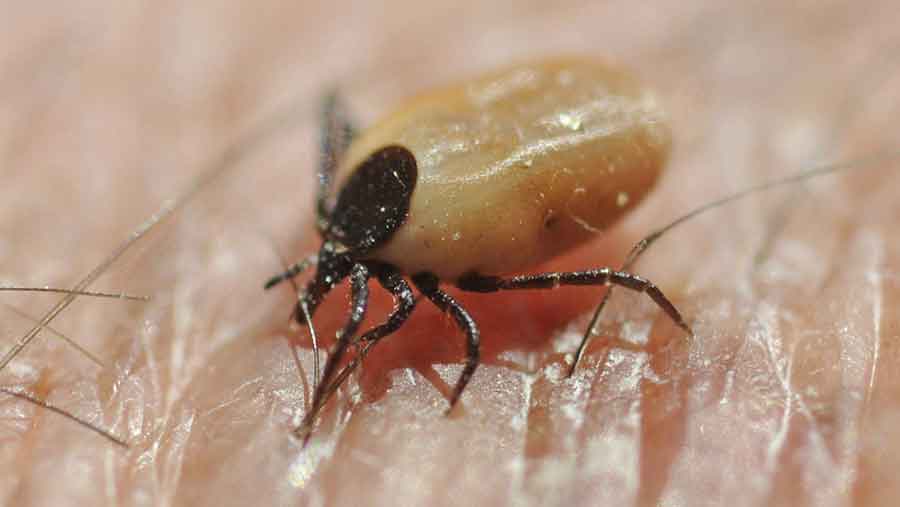 Conservation management strategies could increase the risk of the tick-borne infection Lyme disease, which can cause severe and long-lasting symptoms in humans, according to a recent study.

Research led by Glasgow University found that management activities could increase the risk of the disease by increasing the habitat available for the wildlife hosts and the tick vector.

Lyme disease is an infection of humans contracted from the bite of an infected tick. It is estimated there are 2,000 to 3,000 new cases of Lyme disease in England and Wales each year.

While the disease can often be treated effectively when it’s detected early on, if treatment is delayed it can lead to severe and long-lasting symptoms.

Management strategies that have been identified that could affect Lyme disease risk include: the management of deer populations, woodland regeneration, urban greening and control of invasive species.

Dr Caroline Millins, from the University of Glasgow’s School of Veterinary Medicine and Institute of Biodiversity, Animal Health and Comparative Medicine (BAHCM), said: “We found that some management activities could lead to an increased risk of Lyme disease by increasing the habitat available for wildlife hosts and the tick vector.

“These activities were woodland regeneration and biodiversity policies, which increase the amount of forest bordering open areas as well as urban greening.

“However, if deer populations are managed alongside woodland regeneration projects, this can reduce tick populations and the risk of Lyme disease.”

Deer are often key to maintaining tick populations, but do not become infected with the bacteria. Previous research by Lucy Gilbert of The James Hutton Institute, who was also involved in the study, has shown that greatly reducing deer densities by exclusion fencing or culling can reduce tick density and therefore Lyme disease risk.

“This will allow appropriate guidelines and mitigation strategies to be developed, while also helping us to better understand the processes leading to higher Lyme disease risk.”

The study found that managing the environment for conservation and biodiversity has many positive effects, including benefits for human health and wellbeing from spending time in nature; however the researchers suggested that there should be consideration of disease vectors such as ticks and mosquitoes in conservation management decisions.