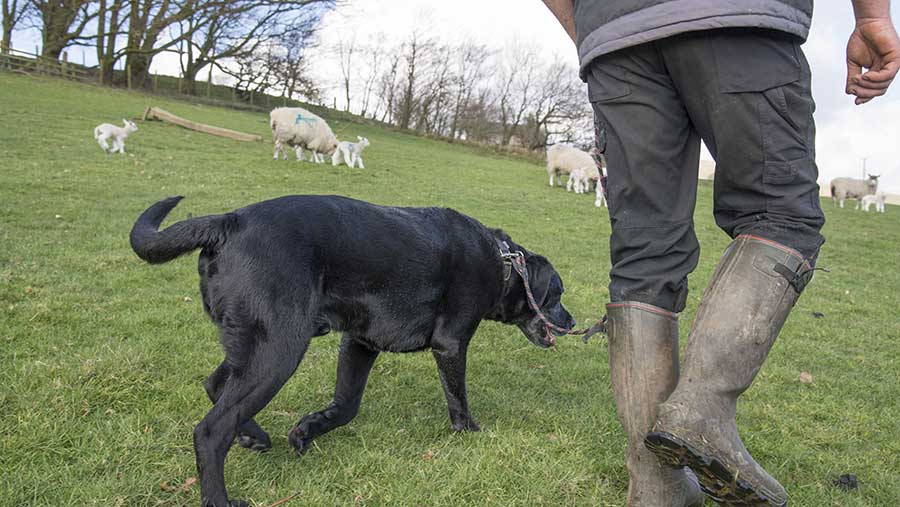 Dog owners are being urged to do more to prevent attacks on livestock after figures showed the cost of claims have reached a record level.

According to NFU Mutual, the cost of livestock worrying has risen 67% over the past two years in the UK.

The rural insurer said not all livestock farmers insure against sheep worrying, but it estimates the annual cost to the industry is now £1.6m, while the average cost of a claim has risen by more than 50% to £1,300.

NFU Mutual rural affairs specialist Tim Price said the figures were only “part of the picture” as not all livestock farmers are insured for livestock worrying.

“For small farmers in particular, livestock worrying is devastating because it has a huge impact on their productivity,” he added.

“While insurance can cover the cost of replacing stock killed and the treatment of injured animals, there is a knock-on effect on breeding programmes that can take years to overcome.”

Meanwhile, research by NFU Mutual has revealed that more than 80% of dog owners exercise their pets in the countryside, with more than 60% letting them roam off the lead.

Seven percent of owners admitted their pets had chased livestock in the past.

NFU Mutual is urging dog owners who take their pets on walks in the countryside to keep them on a lead at all times around livestock.