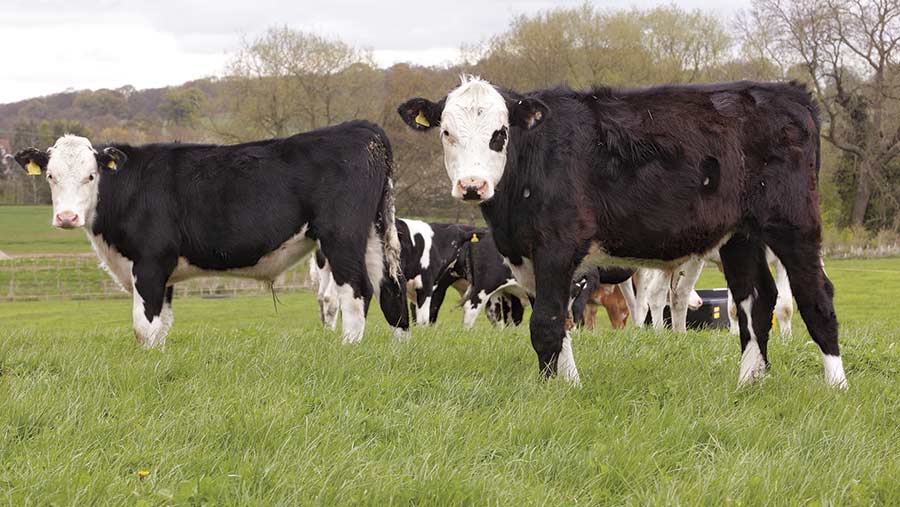 Genetics in dairy-bred beef are improving rapidly but developments across the wider sector are being held back by producers who fail to record terminal sires on passports.

That was the message delivered by Genus beef director Mark Smith during a seminar on genetics at Beef Expo 2017, Stoneleigh, Warwickshire.

“Figures indicate 38% of all beef-sired calves came out of the dairy herd last year. That is a 4% increase on the previous 12 months and it is going up all the time,” Mr Smith said.

If farmers were to do one thing to take the industry forward it would be to record the sire name on a passport Mark Smith, Genus beef director

The driver was a switch to using sexed semen to produce replacement heifers.

“Sexed semen sales have increased by 10% in the past 12 months because milk producers know they only need to put 25% of their cows to dairy genetics to get enough replacements,” Mr Smith said.

The remaining 75% of the herd can be put to a beef sire to increase revenues.

But the beef industry as a whole is not making the gains it should, warned Mr Smith.

“The data is being collected at numerous points through the whole supply chain but it is too often wasted because so few farmers record the sire on passports,” he insisted.

Last year just 26% of passports had the sire name recorded.

“In short it is no good having all of the data in the field where it counts if it can’t be attributed to a sire.”

“If farmers were to do one thing to take the industry forward it would be to record the sire name on a passport,” he said.