This year’s shortlist for the 2019 Gold Cup highlights the award’s remit in identifying the best across all sectors, with cross-bred herds, an organic system and top production units in the running.

The winner of the award, sponsored by National Milk Records (NMR) and the Royal Association of British Dairy Farmers (RABDF), will be presented at Dairy-Tech, Stoneleigh Park, Warwickshire on 5 February.

The Firm of A Harvey 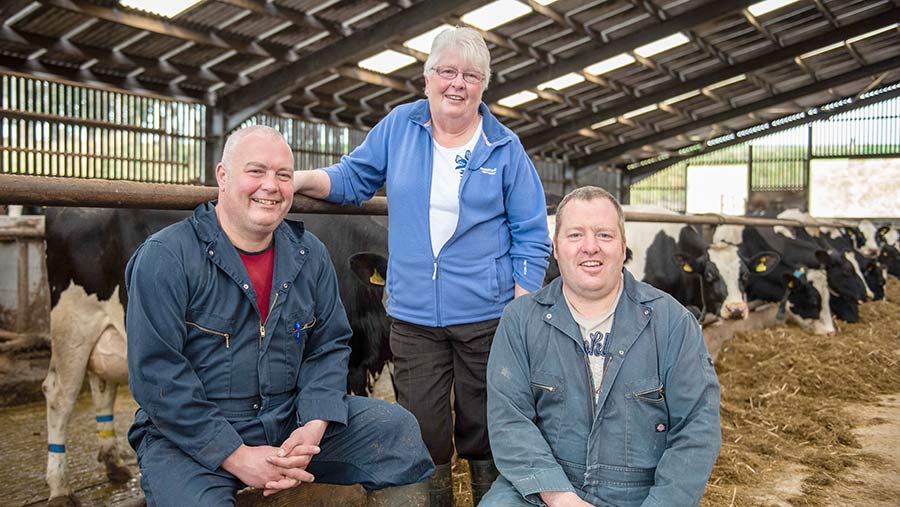 Brothers John and Stuart Harvey, and their mother, Margaret, are finalists for a fourth time. Their cows are not only high-yielding, but also robust – with a lifetime daily yield of more than 20kg/day of life.

The three milkings a day are carried out by one family member and two assistants. Most of the herd is permanently housed, apart from 100 mid-lactation cows and 225 youngstock, which graze through the summer.

A grass silage and wholecrop, wheat-based total mixed ration provides maintenance plus 36 litres, and individual cows are topped up to yield with a 15% protein concentrate. Field beans have been added to the rotation to reduce the reliance on imported soya for winter protein.

Herd health is a priority and a more recent focus on mastitis management has seen cases decrease from more than 20% to 9%. Selective dry cow therapy means only 30% of the herd receives antibiotics at drying-off. 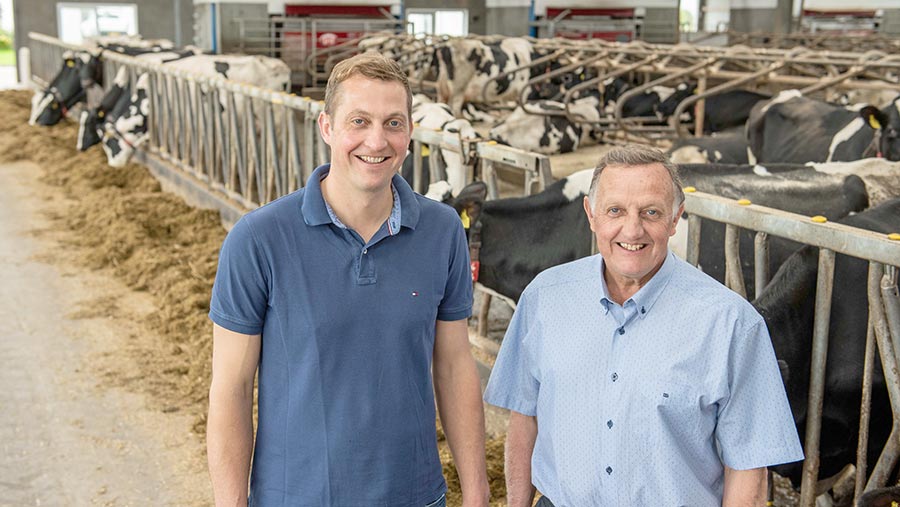 Robert Sloan runs the 180-cow Townlaw Holstein herd with parents Bryce and Anne and wife Emma. The Sloan family has adopted a proactive approach to succession and Robert (37), became a partner in the business at 24.

In 2011, the farm switched to robotic milking with a new purpose-built shed. In 2016, the Sloans established Darnlaw Jerseys to fulfil a specialist Jersey milk contract from milk buyer Graham’s Dairy.

The 60 cows are run as a separate herd. They are milked twice a day in the original parlour and summer grazed.

Priority is given to positive components, fertility indexes and high sire conception rates due to the increased use of sexed semen across both herds.

Sexed semen is used on all Jersey cows and heifers for the first three services and youngstock are swept with the beef semen.

The Holstein milking herd is served 40% sexed semen for two services, then 40% conventional and 20% beef semen. 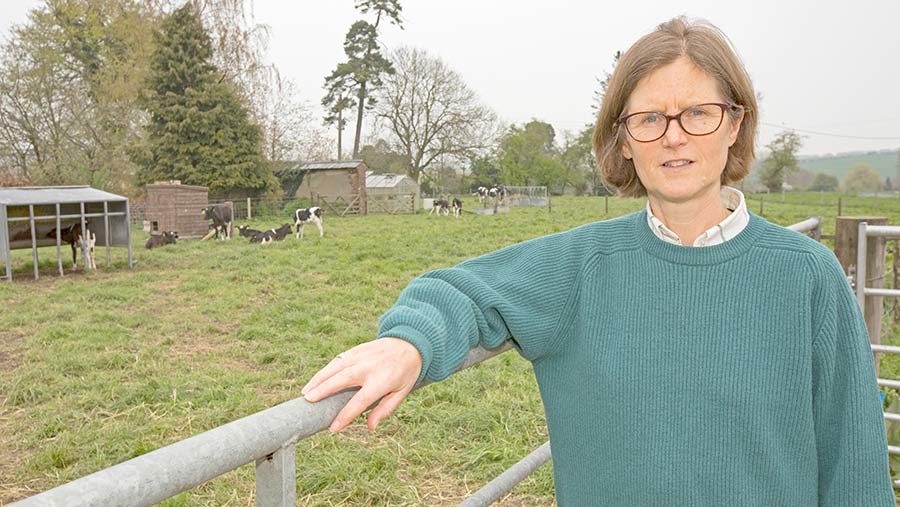 High health is driving demand for stock, which are part of Johne’s, BVD, leptospirosis, neospora and mastitis health schemes. Less than 15% of the herd show clinical mastitis symptoms and only 11% receive antibiotics at drying-off.

Genetics has played a vital role. The herd profitable lifetime index (PLI) is £147, with heifers averaging £205.

“We are also seeing results from genomic testing, which was started in January 2018. This offered the potential to accelerate the herd’s genetic gain and boost performance. The jury is still out, but the PLI of these animals exceeds £300,” says Ms Birkett.

The herd is grazed from mid-April to August and fed a buffer total mixed ration that provides maintenance plus 33 litres, with cows topped up to yield through the parlour. 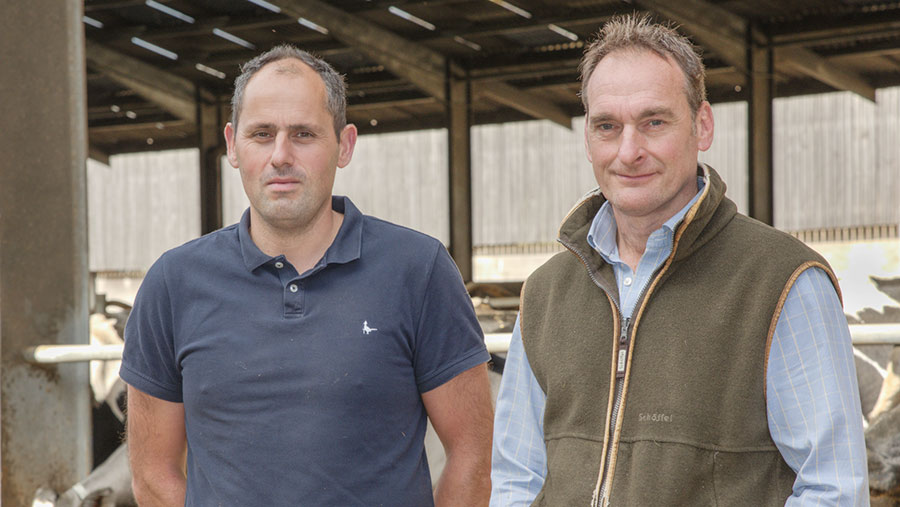 Stowell Farms features in the final for a second consecutive year.  The family-owned 1,142ha Stowell Estate saw a major investment in the dairy enterprise in 2011, when a brand-new unit was constructed to expand the 140-cow herd.

Today, the year-round-calving, 526-cow herd is milked three times a day through a 38-point rotary parlour.

Using the Cow Manager eartag system has helped lift pregnancy rates from 18% to 27%, with a 12-month rolling average of 25%, says manager Gavin Davies. It has also helped curb antibiotics use.

Mastitis cases have reduced from 100 cases per 100 cows four years ago to 18 cases. 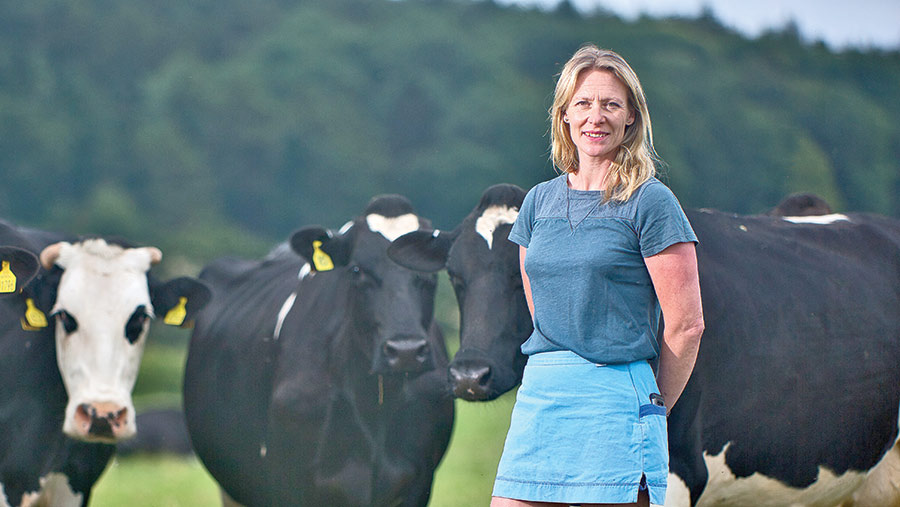 Becci Berry has overcome some major challenges to earn a place in the 2019 Gold Cup line-up.

Until 2011, she worked in public relations, but when her husband, Richard, died, she stepped in to manage the family farm with her in-laws, Michael and Mary Berry.

Before her husband’s death, he had introduced a cross-breeding programme to reduce cow stature and improve health traits and longevity.

Ms Berry, who was also a finalist in the 2019 Farmers Weekly awards, is continuing this by removing some larger Montbeliarde genetics from the three-way cross and including more Brown Swiss with the Scandinavian Reds.

“We have seen improved health and easier management, while performance has been maintained. Fertility figures reflect this, with pregnancy rates of 29% at two services a pregnancy and replacement rates are just 22%,” she adds.

Ms Berry has been at the forefront of using genomic bulls for beef semen and is on a scheme with Meadow Quality that adds £20 a calf, on average. 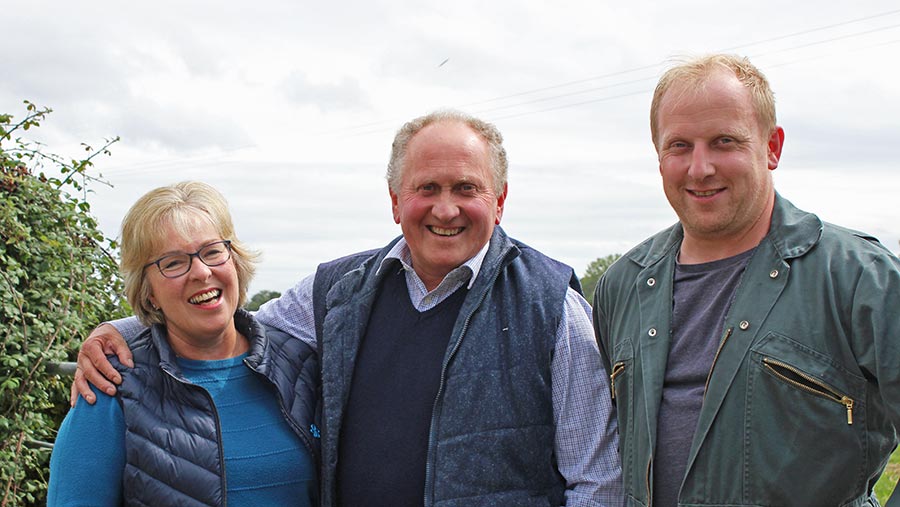 Andy and Rosemary King achieve yields of 7,882kg from their 243 organic Holsteins.

Good-quality home-grown forages, high health and fertility are the linchpins of the system.

The year-round-calving herd grazes clover-based swards from April to October and is fed to yield in the parlour.

Just 2t a cow a year (0.26kg/litre) of bought-in organic concentrates are fed, with almost 50% of yield from forage.

Cows are screened quarterly for Johne’s disease using the NMR milk sample – a protocol that meets the new Red Tractor standards required by their milk buyer. The herd is vaccinated for IBR, leptospirosis and BVD.

All calves are tagged and tested to identify any persistently infected animals, which are then removed from the herd.